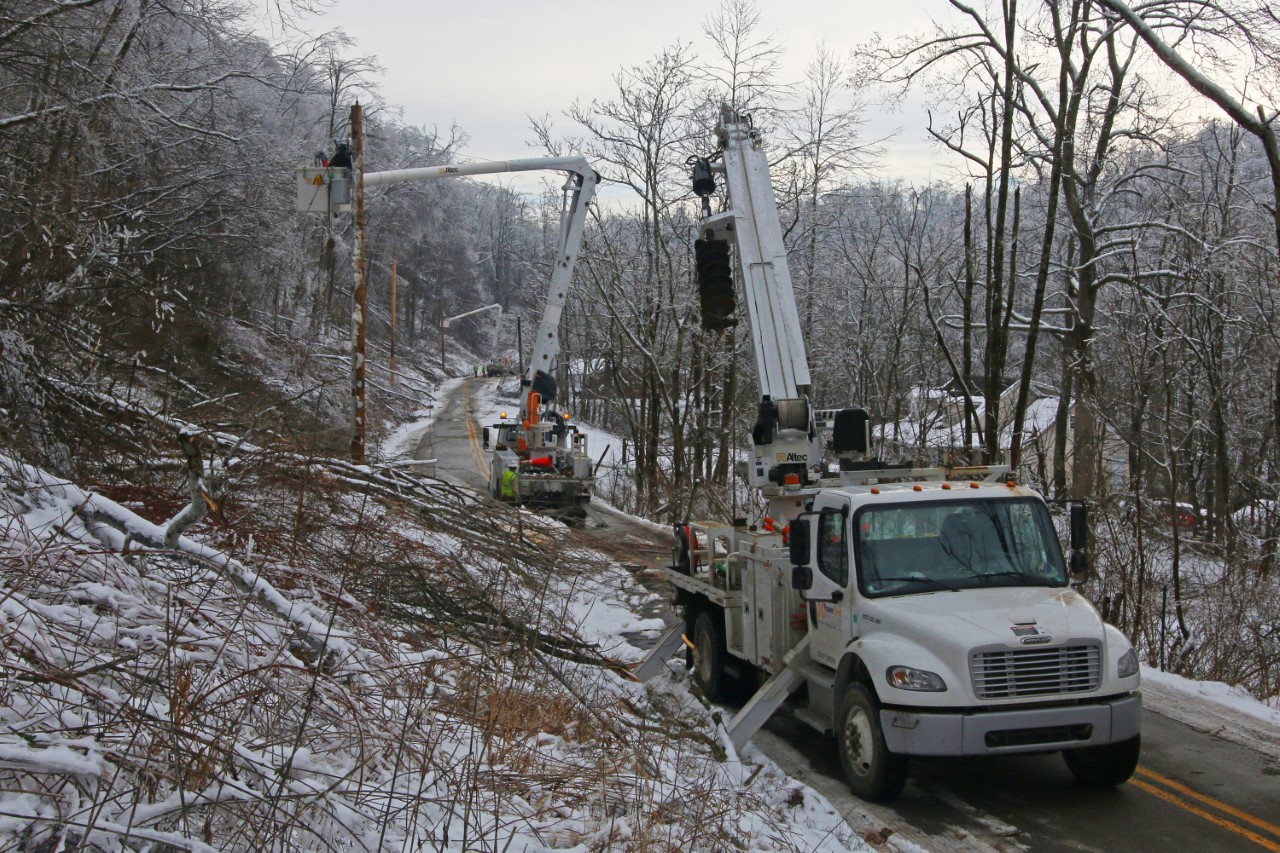 Despite good progress over the weekend, crews continued to encounter one broken pole and downed line after another

HUNTINGTON, W.Va. — Despite scores of linemen from all over the country in the region, the power outages from a February 11th storm continue to be a difficult fix.

As of 7 p.m. Monday, Appalachian Power still had around 23,000 customers without electricity. Some of those people have been out of power for 12 days, relying on generators, propane heat and camp stoves.

Appalachian Power indicated last week it expected to have all power restored in Jackson, Lincoln, Putnam, and Mason Counties by Monday evening and Wayne and Cabell County by the end of Tuesday. The utility updated its restoration times, noting most customers should have service by 10 p.m. Friday

Company spokesman Phil Moye said Monday morning crews made great progress over the weekend, but it may still be several days before the most remote and isolated outages are fixed.

“Some of those are going to extend past those times. We’ve worked our way down to where it’s smaller outages and outages that affect smaller numbers of customers. There are a ton of individual outages where there’s just one or two people we still have to get to,” Moye explained on “MetroNews Talkline.”

The level of damage, according to Moye, is some of the worst they’ve seen.

“Trees are just down all over the place, and I don’t mean limbs, I mean whole trees,” he said.

Moye described one area he visited over the weekend where nine poles were broken off and power cables was tangled with broken branches for close to a half- mile along one stretch of secondary road.

“That’s a scene repeated all over the place,” he explained.

Appalachian Power said as many as 600 broken poles and 2,400 spans of wire need to be restored.

Moye said crews continue to suffer setbacks as well from the ice which is still lingering on some trees and causing them to weaken. Soggy ground from the rain has contributed to more outages, which has resulted in additional outages. There were also concerns about potential winds coming on the back end of the front which delivered rain to much of the affected region on Monday morning.