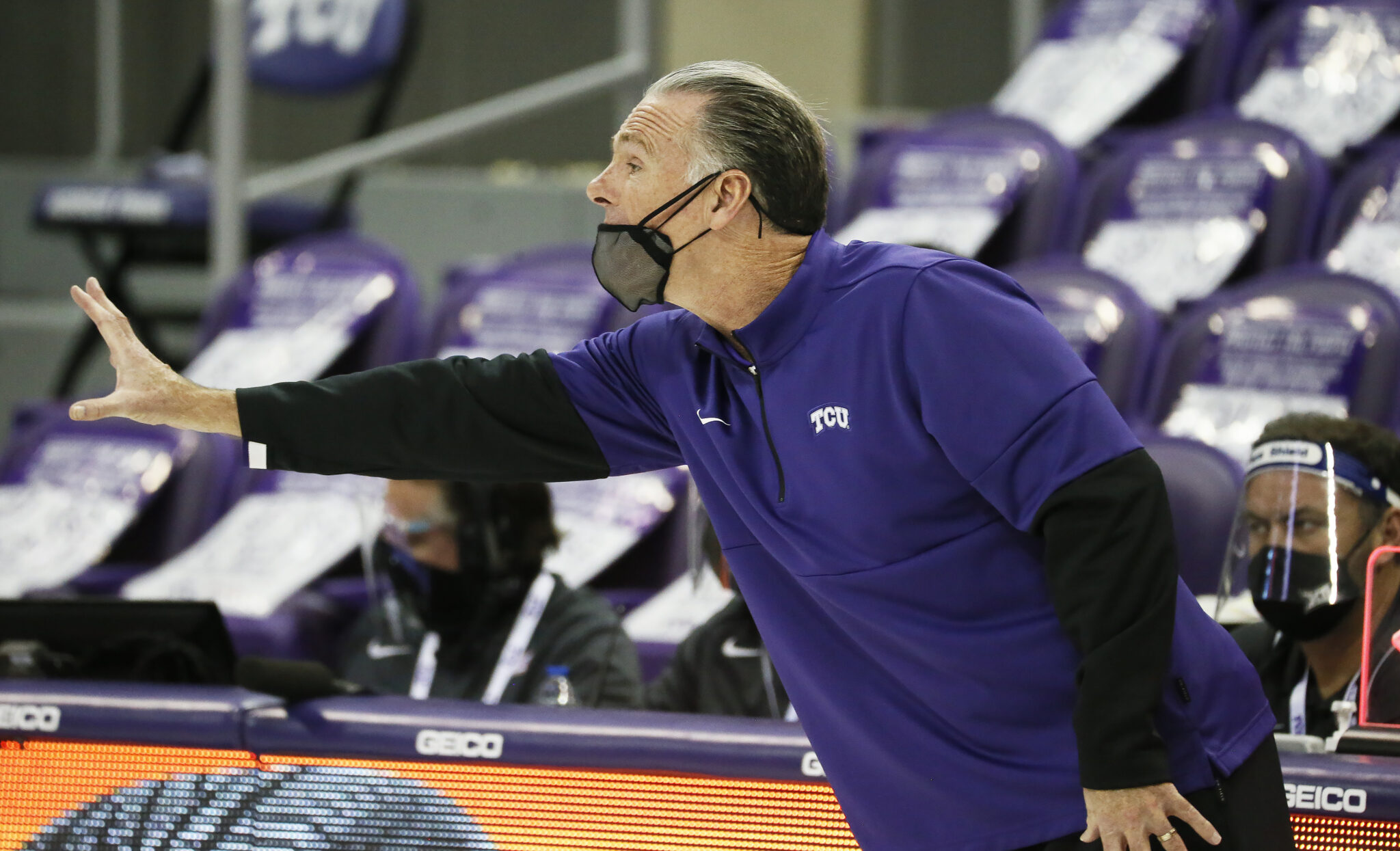 MORGANTOWN, W.Va. — In the second-to-last week of the Big 12 regular season, WVU will finally get their first look at TCU Tuesday night inside the Schollmaier Arena in Fort Worth. Tip time is set for 7 p.m.

The Mountaineers opened their week-long journey through the state of Texas with an 84-82 win at UT on Saturday. West Virginia (15-6, 8-4 Big 12) erased a 19-point second half deficit for the second time this season. After facing the Horned Frogs, WVU will head back south on I-35 to visit No. 2 Baylor Thursday. That contest with cap a stretch of three games in six days.

“They play a hundred games in the NBA. I tell our guys that all the time. If you guys are tired, in the NBA you are maybe an eighth of the way through your season,” said WVU head coach Bob Huggins.

“We have to go a little longer today just to get everything in that we want to get in.”

“We’ve got some guys that have been through it before. Those guys know what we have to do on the road with preparation.”

Half of TCU’s (11-9, 4-7 Big 12) wins in league play have come against Oklahoma State, as they have swept the season series with the Cowboys. The Frogs however are coming off a 62-54 loss to six-win Kansas State Saturday.

“Their youth is one thing that kind of jumps out. They have been in a lot of close games and you would rather have veterans than young guys,” Huggins said.

“They really shoot the ball. At times they are a bit streaky, but their young guys that Jaime (Dixon) brought in can really get it going. When they get it going, they just spread you so far that they are hard to guard.”

Junior guard RJ Nembhard is TCU’s leading scorer at 16.8 points per game. He also leads the Frogs in assists with 71.

“He is playing really well. I think the thing that we have to be prepared for is how hard he runs the floor, really stretches things out and kind of gives other guys a little more space to penetrate.”

Huggins says Dixon is playing a different style from his days at Pittsburgh, when the two squared off for five seasons in the Big East.

“They are playing a lot faster. He was more of a half court guy at Pitt. But personnel dictated, he is like the rest of us, you try to accentuate the positive and stay away from the negative. He’s got a bunch of young guys that can really run. They are similar to maybe playing like Oklahoma State because Oklahoma State really runs. Transition is going to be huge for us.”

Into the Top Ten

For the third consecutive week, a Mountaineer has been named the Big 12 Player of the Week. Deuce McBride shares the honor with Oklahoma State’s Cade Cunningham. McBride scored 17 points to go with four assists and three rebounds in WVU’s win at No. 12 Texas.