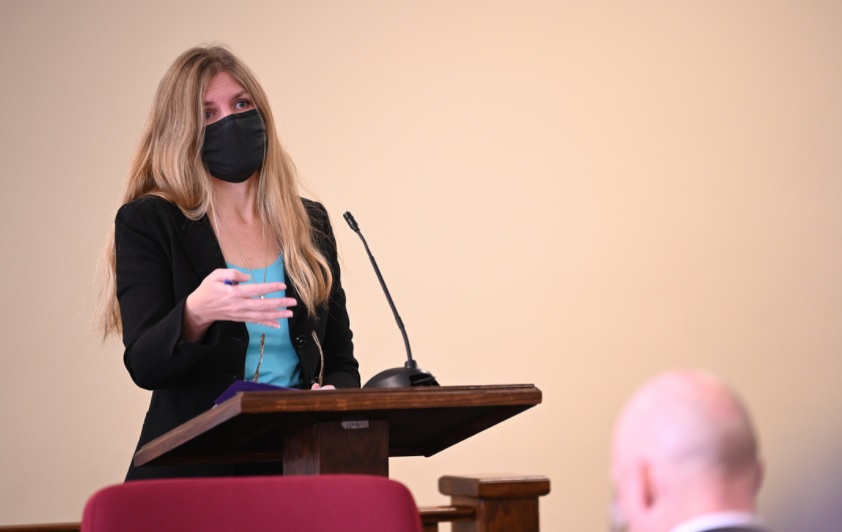 CHARLESTON, W.Va. — The state Department of Health and Human Resources wants to do a full study of its Department of Child Protective Services and foster care workforce and it’s asking the legislature to approve it.

DHHR Associate General Counsel Cammie Chapman agreed during a Tuesday meeting of the House Heath and Human Resources Committee that the DHHR could have the study done without a bill from the legislature but there’s a reason for doing it.

“We want you all to be our partners with that study because the recommendations that come out of this study will likely come back to this body with requests to fulfill them,” Chapman said.

The legislation, HB 2620, says the study would include at least three aspects:

(1) An evaluation of the workload for caseworkers to ensure caseworkers have
manageable workloads to achieve positive outcomes for the children and families they serve;

(2) A determination of whether factors such as child population and poverty rate should
be incorporated into the analysis for allocating caseworkers across the state; and

(3) A survey of the salaries and benefits of caseworkers in neighboring states.

Chapman said the DHHR would hire a third party to do the study, which according to the legislation, must be submitted to the legislature by July 1, 2022.

“They would look at our policies, understand all of the tasks that are supposed to be done and then try to figure out how much time it actually takes to do those tasks so that we can think about how are we assigning out the caseloads,” Chapman said.

Del. Buck Jennings, R-Preston, questioned why the study was necessary. He said the DHHR should be able to take of issues within CPS administratively.

According to a 2019 legislative audit, West Virginia’s drug epidemic increased child protective services caseloads. Since 2015, the number of substance related referrals has increased by 79 percent.

The overall turnover rate in CPS in 2019 was 27 percent, according to the audit.

State DHHR Deputy Secretary Jeremiah Samples told members of the House of Delegates Finance Committee last week the referrals to CPS were down from nearly 42,000 referrals in 2019 to 33,400 referrals in 2020 because of the pandemic.

“Does that mean that all of the sudden the families in West Virginia are that much better and these kids are no longer at risk? I wish. But they weren’t going to school and a teacher couldn’t see they were malnourished or had bruises,” Samples said.

The bill passed by the House Health Committee Tuesday will next be taken up by the full House of Delegates.

News
State investigators looking into Preston County blowout
A blowout from the former T&T Mine Complex has caused large amounts of highly acidic water and sediment to discharge into the Muddy Creek and the Cheat River
By MetroNews Staff
News
When asked about effects of higher sales taxes, Justice focuses on promises of growth
"We have struggled to generate population growth in West Virginia," Justice said. "This will do it."
By Brad McElhinny
News
Miller visits Cabell County COVID-19 vaccination site
Cabell County has vaccinated around 30% of its population.
By MetroNews Staff
News
Marshall issues cease and desist letter to Greek organizations for alleged COVID-19 violations
11 student organizations are impacted.
By MetroNews Staff
View AllHoppy's Commentary