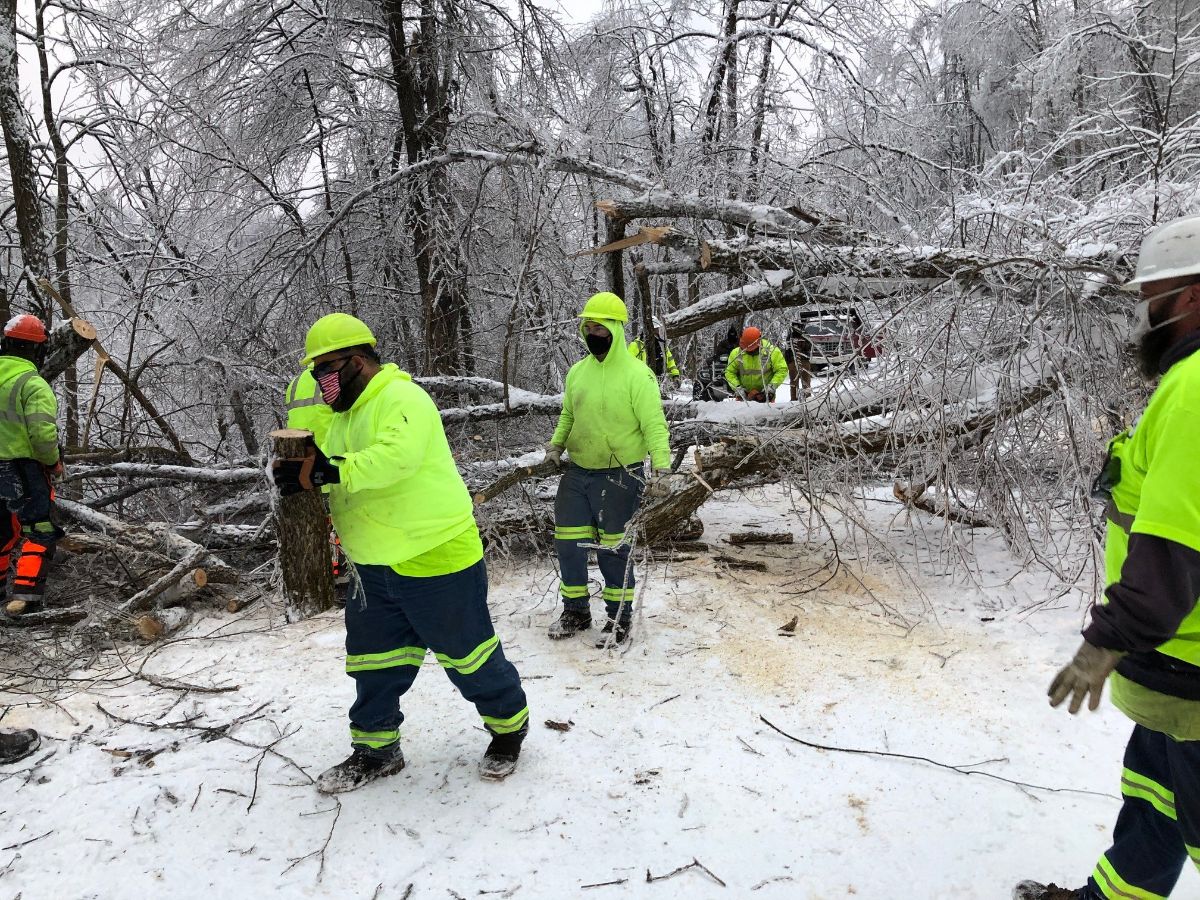 WAYNE, W.Va. — Crews with the West Virginia Division of Highways (DOH) are continuing to work on roads all across the state that were damaged in last week’s ice storms.

The DOH said Tuesday more than 280 roads were left impassable in the aftermath of the ice storms. The majority in the counties of Cabell, Jackson, Lincoln, Mason, Putnam, and Wayne from Feb. 10 through Feb. 15. Gov. Jim Justice declared a State of Emergency on Feb. 16.

Both WVDOH District 1 Engineer Travis Knighton and District 2 Manager Scott Eplin said the damage was ‘as bad or worse than the 2012 Derecho,’ according to a news release from the DOH.

The commissioner said the department planned its Snow Removal and Ice Control (SRIC) program carefully but the storms are ‘chewing up’ a surplus that was built up.

Sen. Bob Plymale (D-Wayne, 05) expressed his concern in his home county, even on the main roads, during the meeting by saying, “We are having problems on Goodwill Road. The lines are still down. It’s impassable.”

In District 1, Putnam and Mason counties were hit hard by the ice storms, which closed 58 roads in Putnam County and 39 roads in Mason County.