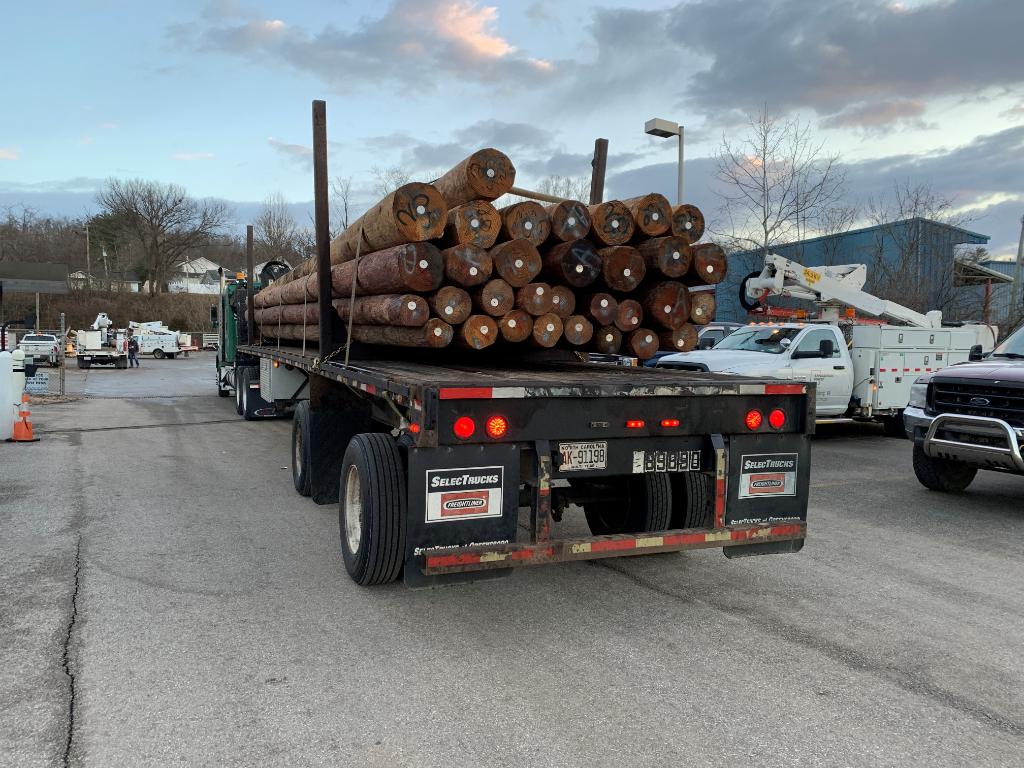 “We expect to have most customers back in by Friday night and that is certainly longer than we want to be working a storm restoration and I know it’s longer than people want to be out of power, but that’s just a realistic look,” he said in an interview on the situation on MetroNews Talkline Wednesday.

This drone footage shows the path down a power line right-of-way after the ice storms. Take a look at how many trees are on the ground in and around the ROW. This storm caused serious damage that crews are having to navigate to get power restored. pic.twitter.com/tv6cosOeP6

Moye said the repairs which impacted the highest number of customers at one time are completed, but there are still hundreds of smaller repairs left on the company’s “to do” list–and each of those will only restore service to 10 or few customers.

“The damage in a lot of those cases tends to be less severe than eight or nine broken poles in a row. There’s a lot of work still ahead of us, but most of the customers affected by this storm are back in service and we’re concentrating the effort on folks who are still out,” he explained.

The company reported around 13,000 outages as of noon on Wednesday and some who had seen the power back on for the first time in almost two weeks were heart sick to have it go out again only a few hours later. The National Weather Service issued a wind advisory for the same counties which endured the ice storms until 6 p.m. Wednesday. Moye acknowledged the winds could impact a lot of the ice damaged trees which are left in a weakened condition, but said it was a bigger issue for the safety of employees working in an aerial bucket truck.

Although the end certainly appears near, the full compliment of line repair crews from all across the country are still on the job.