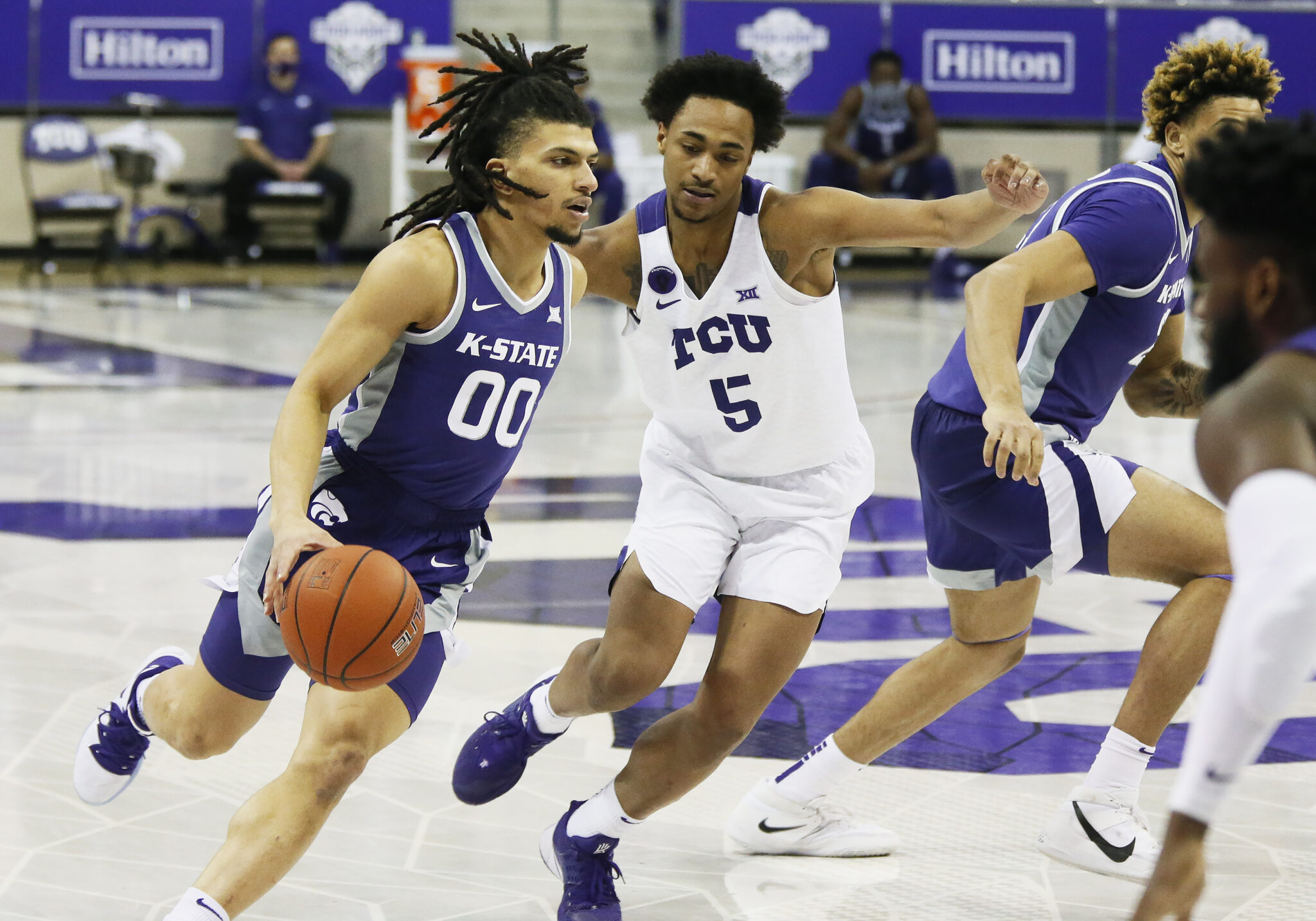 MORGANTOWN, W.Va. — When the Mountaineers left Morgantown last Friday to embark on a Texas road trip, they knew a long stretch of home games would be awaiting them upon return to West Virginia.

As it turned out, WVU swapped a road game at Baylor for a home game against the No. 2 Bears (18-0, 10-0 Big 12). Before the Mountaineers can turn their attention to Tuesday afternoon’s contest against Baylor, they will look to sweep the regular season series against Kansas State tomorrow at the Coliseum.

West Virginia rolled over the Wildcats, 69-47 last month in Manhattan in a game where KSU turned the ball over 28 times. Although K-State (7-18, 3-13 Big 12) is on their way to a second consecutive 20-loss season, they have won back-to-back games against TCU and Oklahoma. Bob Huggins sees parallels between KSU’s development with a young team to what his Mountaineers did two seasons ago.

“I told our guys yesterday that they are very similar to what Jordan (McCabe), Emmitt (Matthews) and Derek (Culver), what that crew was for us. We struggled early and then by the end of the regular season, we go and make a run in the conference tournament because those guys had grown up a lot. I think that is where K-State is. They have grown up,” Huggins said.

“We definitely have to stay focused on who we are playing next, and that is Kansas State. We can’t overlook any team. I think we have done that a few times this season. But especially in the Big 12, anybody can beat anybody on any given night,” said WVU junior guard Sean McNeil.

“They are not the same team we played a couple weeks ago. We have to come prepared, more I think defensively than we do offensively. I think we have proved that our offense will take care of itself, especially if we get ourselves going on the defensive end.”

K-State’s leading scorer Nijel Pack (12.1 points per game) did not play against the Mountaineers last month but the freshman point guard is coming off a 9-assist game Tuesday against the Sooners.

“Them having Pack back just adds another ball handler and someone who is comfortable handling the ball even though he is a freshman,” WVU senior guard Taz Sherman said.

“He adds a different aspect to their game with added range and he can shoot the ball from the point guard position. Now you have to worry about him and (Mike) McGuirl both shooting the ball.”

WVU stands alone in second place in the Big 12 with a 9-4 mark. However, Kansas, Texas, Oklahoma and Oklahoma State are all within a game and a half of the Mountaineers. While Baylor will not complete all their scheduled games due to multiple COVID pauses, the Bears can be named Big 12 regular season champions with one more victory, based on winning percentage.

“If they have the highest percentage, they should be the league champion,” Huggins said. “If we made a couple free throws down the stretch against Texas or we made a couple really easy shots against Oklahoma, we wouldn’t have had to worry about any of that. Those were two games we had right there to win and we didn’t. We didn’t finish it.”

Although the Big 12 regular season title may be out of reach, West Virginia’s seed for the NCAA Tournament can vary greatly on their play over the next two weeks. The Mountaineers are currently listed as a No. 2 seed by ESPN’s Joe Lunardi. Sherman says WVU’s point guards are the team’s in-house ‘bracketologists’.

“They do a great job about having conversations about what we need to do to be a top seed or who lost and where we can be placed at. We all talk about it but Jordan and Deuce (McCabe) definitely have the lead in the Bracketology department,” Sherman said.

“We’re hungry. We have four games left in the regular season. We are going to take care of business and then go to Kansas City and try to win us a conference championship,” McNeil said.