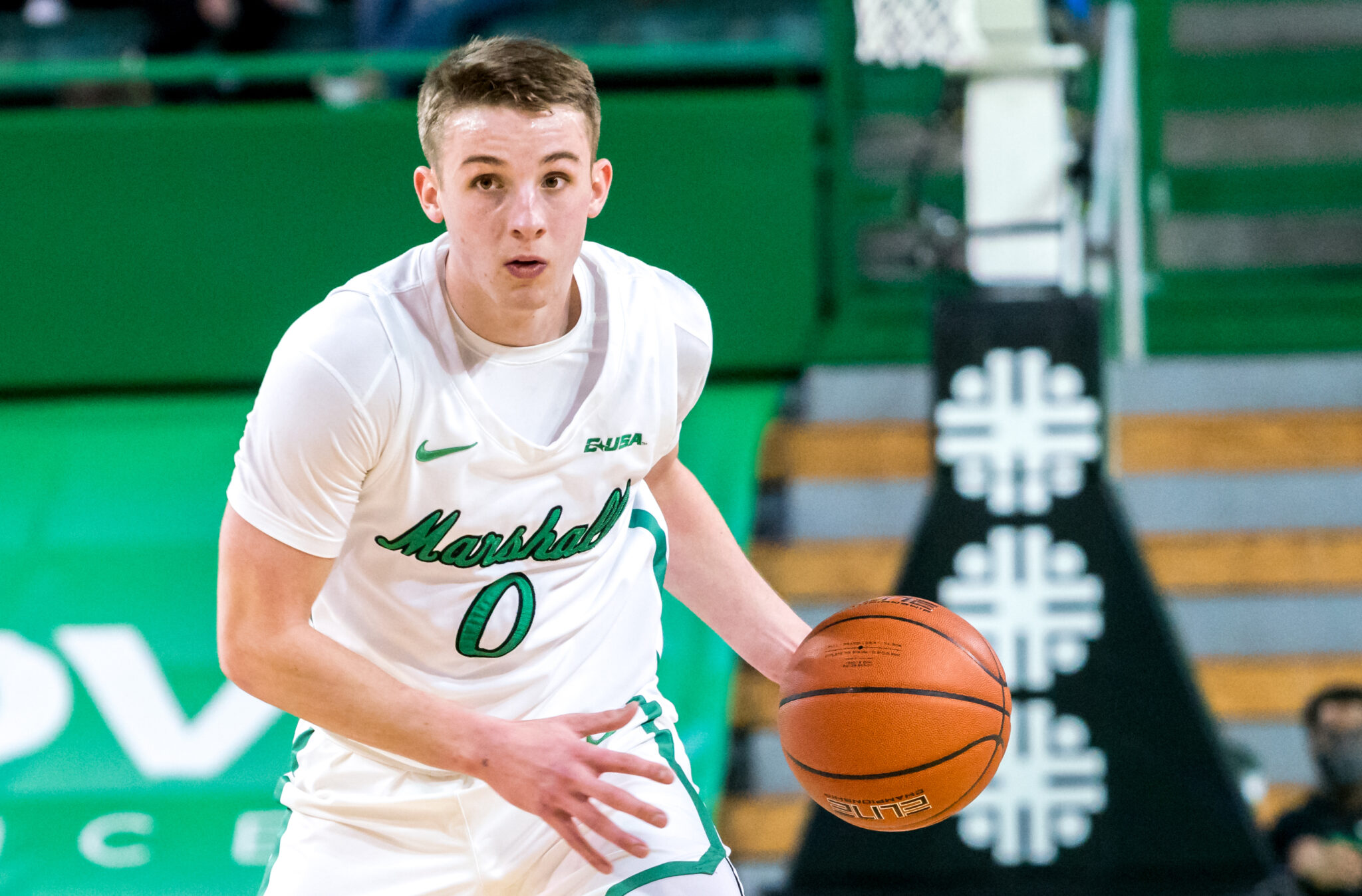 Javion Hamlet had 28 points and made a 3-pointer with 40 seconds left to pull North Texas within one. The Mean Green, which had trailed by 14 points with 9:30 left, did get a shot to win it. However, Hamlet’s floater just before the buzzer didn’t go and the Herd’s Jannson Williams got the rebound as time

Hamlet hit six-of-seven from three-point range and netted 22 points in the second half.

Marshall played without senior guard Jarrod West, ending consecutive games played run at 123. David Early got the start and contributed 32 minutes. Goran Miladinovich got in for a career-high 22 minutes.

The win gives the Herd a weekend split.

“You looked at the stats sheet (from yesterday, and the (Zachary) Simmons kid was 7-for-10, and they were getting threes,” Herd coach Dan D’Antoni said. “Goran, and others have earned their starts. Andrew (Taylor) really played well. Mikel (Beyers) seems to be coming along. It is really giving us numbers. I decided to stop the post. Mikel is an adventure on the floor. You put the ball in Andy’s hands and let him go. Him and Taevion (Kinsey) work well together. David Early came in and contributed well as a freshman.”

Mean Green coach Grant McCasland said it was Marshall making the plays this day, unlike Friday night when the visitors had the upper hand.

Marshall and the Mean Green were even in rebounds 31-31. North Texas won that stat by 14 Friday night.
Marshall will end the regular season next weekend at home against Charlotte. Game times are Friday at 7 p.m. and Saturday at 2 p.m.
D’Antoni  said the missing energy from Friday arrived Saturday. And the Herd’s numbers are getting better as numerous players see action and contribute.

“They have pride,” D’Antoni said “They got bullied (yesterday). They’re not going to get knocked like that and stay out. We did everything like normal, and we operate like human beings. We’re still standing, and we have to keep playing hard.

“The worst thing that could probably happen to a coach is to have too many options where mistakes could be made. I told the North Texas coach that Andrew (Taylor) is probably one of the best players here. He has had to piece himself together, like Jarrod (West), did for a few years. That was a hard-fought win. Overall, we came out with way better energy. If you can win the first five minutes, you can win the game.”