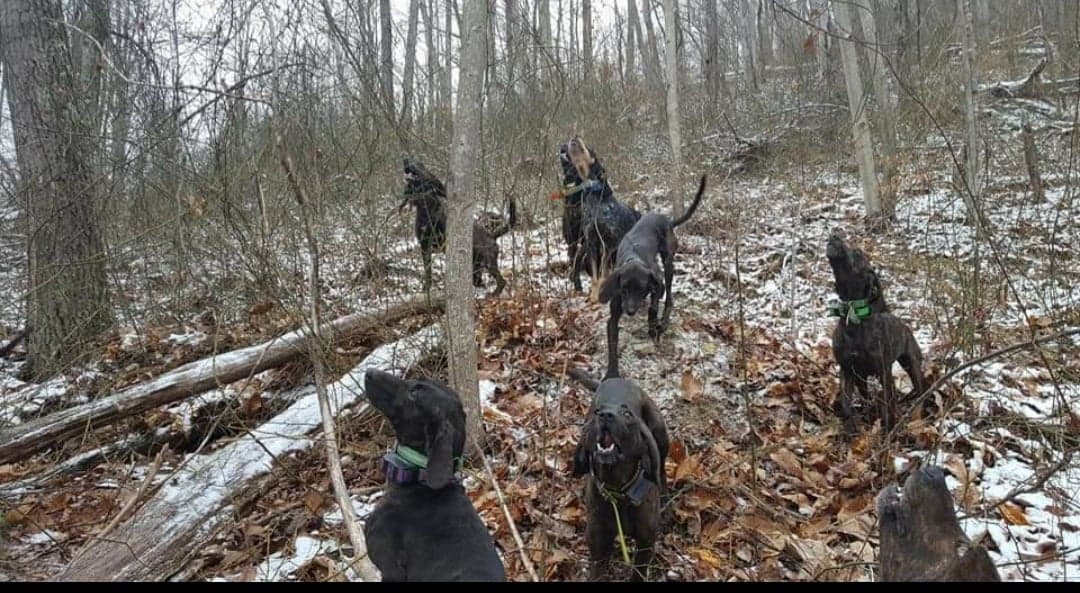 CHARLESTON, W.Va. — Legislation which would make changes to the makeup of the Natural Resources Commission was introduced Monday in the Legislature. Senate Bill 514 calls for the members of the Commission to come from the six districts of the DNR with one at large commissioner rather than the current makeup of one from each Congressional District and then four at large members.

DNR Director Steve McDaniel outlined a plan to make the change during the most recent meeting of the Commission in South Charleston.

The DNR’s legislative agenda included several more proposals. One plan tackled the ever ticklish issue of  dog training season in West Virginia.  Commissioners were told the agency was seeking legislation which would close down dog training during the four week spring gobbler season. They also want the bill to return the authority for setting a dog training season back in the hands of the Natural Resources Commission.  As the bill is written however, the authority would lie with the DNR Director under Senate Bill 513.

The agency wanted to create a three day non-resident fishing license in West Virginia. Survey work by Southwick and Associates found out-of-state anglers were buying multiple one-day licenses, but the three-day license would save them on the transaction fees and would help attract more out of state fishermen to West Virginia.

Another measure on the DNR’s agenda addressed the infant lifetime hunting, fishing, and trapping license. Currently it can be purchased at a steep discount before a child turns two years old. McDaniel and others at the agency want to tier the levels of discount a little further. Therefore as children grow and it becomes apparent they have an interest in hunting and fishing, they’ll still be able to buy the lifetime license at a discounted rate. The agency would like to see the discounted rate offered at variable price points up to age 15 where the full cost of the license would apply.

The DNR sought this year to renew legislation which tied the cost of hunting and fishing license to the consumer price index. The authority expired last year and the agency wants to renew the connection. The idea was to raise the price of fishing and hunting license relative to the adjusted cost of living each year incrementally and avoid the need for hefty increase after long periods of time. Despite the legislation which called for the incremental increase, the Republican backed Legislature refused to ever allow the prices to increase during the course of the time the prices were indexed to the CPI.

A bill for a second year has been proposed by lawmakers which would allow for year-round, night-time coyote hunting statewide. Last year, McDaniel negotiated with bill sponsors in hopes of a compromise and brought the compromise to the Natural Resources Commission.

“Coyote hunting at night is a problem for law enforcement in fall. We have to be real careful,” McDaniel explained to Commissioners.

He proposed a compromise in which coyote hunting would be allowed on private land from September 1-December 31 at night, provided the hunter had obtained written permission from the landowner and had notified local Natural Resources Police of plans to hunt on the property.

“They wouldn’t be allowed to just go out and hunt, they’d have to do some homework,”  McDaniel explained.

“It seems to be a really complicated regulation. How many will really call in? I don’t think it makes sense for our law enforcement.,” said Commissioner Tom Dotson.

Last year, the Commission rejected the idea, fearing it would be cumbersome on Natural Resources Police, but faced with the prospects of wide open hunting for coyotes at a time when spotlighting and poaching of deer is of tantamount concern, the Commission agreed to the compromise in the legislation on a voice vote.

Deputy Director Emily Fleming notified Commissioners the agency is tracking 15 bills in the Senate and 17 bills in the house which impact DNR programs. The legislation included minor technical changes to hunting, fishing, and trapping rules and an expansion of use of off road vehicles on state lands like the Cabwaylingo State Forest where the Hatfield McCoy Trail System now manages off road riding trails.

Outdoors
State touts new program to entice virtual workers for West Virginia's outdoor offerings
Ascend WV offers a relocation package valued at more than $20,000
By Brad McElhinny
Outdoors
DNR to stock tiger trout in selected waters statewide
Crossbreed will make up about 10 percent of each trout stocking run during the months of April and May
By MetroNews Staff
Outdoors
Bill to change Natural Resources Commission headed to the Governor's desk
Sportsman's group organized through social media touts legislation as the change they sought
By Chris Lawrence
Outdoors
House rejects two amendments to NR Commission legislation
Changes offered to fill representation gaps in Districts 3 and 6, but slow what some lawmakers contend has become a retaliatory exercise.
By Chris Lawrence
View AllHoppy's Commentary