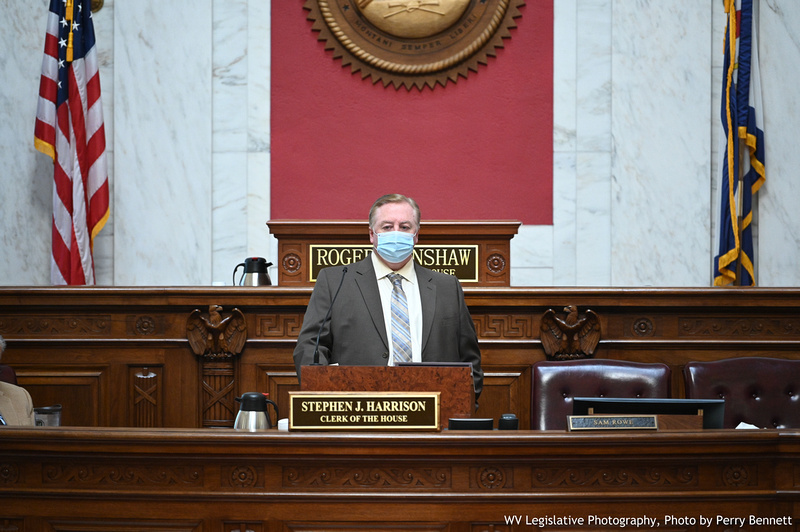 House Finance Chairman Eric Householder presides over a meeting of the committee.

A bill allowing families to use public money for private education costs is headed back to the full House of Delegates.

The House Finance Committee passed House Bill 2013 on Monday afternoon after examining some financial concerns about the bill.

The “Hope Scholarship” would be established through funds from the state Department of Education to pay for expenses like tuition, tutoring, fees for standardized tests or educational therapies. Students would be eligible if they’re leaving public school to pursue private or homeschool education.

The bill already passed the full House once, but the bill was pulled back and sent to the Finance Committee over questions about the possible financial effects.

A fiscal note filed by the state Department of Education estimated the cost could be $126,557,939 if all students in private or homeschool are made eligible by 2027.

“The actual cost to the State will depend on the applicable student enrollment count, number of applicants, and net state aid per pupil amounts at the time of implementation and eligibility expansion,” according to the fiscal note.

An amended bill considered by the committee includes a trigger allowing eligibility for all current private and homeschool students if fewer than 5 percent of public school students have enrolled by 2024.

Delegates Jeff Pack and Marty Gearheart, both Republicans, proposed an amendment capping the amount allowed per student at $3,000. The prior amount under consideration was $4,600. The committee voted in favor of the amendment, which would lower the overall cost.