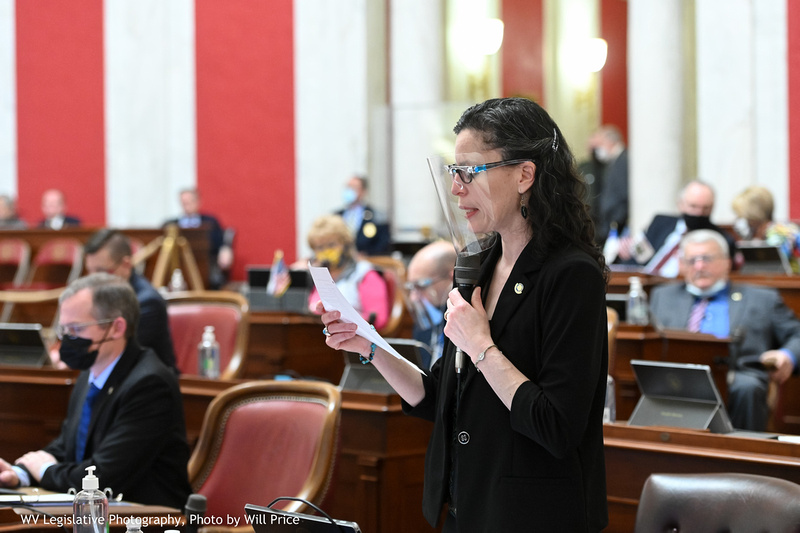 Both chambers of the Legislature have now passed a bill that would expand West Virginia’s charter schools system.

The Senate passed the bill 19-14 today. Republicans have a 23 to 11 majority in the Senate. Republicans Bill Hamilton, Amy Nichole Grady and Ryan Weld voted against the bill, along with all the Democrats.

Grady asked what options communities would have if a charter school isn’t functioning optimally. She was referring to the possibility of a referendum.

“Is there anything in this bill that would allow for local citizens to have a voice in whether a charter school is established in their district?” asked Grady, R-Mason.

The answer was no, except for a public hearing.

The bill now goes to the House, which already passed it once. Delegates may concur with some changes made in the Senate, or they could change it back.

House Bill 2012 would increase the number that could be approved in a three-year period from three to 10. And it would lay the groundwork for charter schools that would operate virtually.

Rucker promoted the idea that charter schools provide yet another education choice for communities, families and students.

“When it comes to providing a good, quality education for our students I will try to do whatever I can for that student, that family,” Rucker said.

Democrats questioned the wisdom of expanding the charter schools system when it’s not yet clear what the repercussions might be for the existing school system.

Senator Mike Romano, D-Harrison, asked about the two virtual charter schools allowed under the bill and whether he was interpreting correctly that each would be allowed to enroll up to 5 percent of the state’s student population. Together, that would add up to 10 percent.

That total enrollment could be 26,500 students, he said. And that would result in a financial transfer of $196 million a year from existing public schools to the virtual charters, Romano concluded.

“Our obligation is to be stewards of the taxpayers’ money,” Romano said. “How are we going to explain if this thing goes south? If it goes bad, how will we respond?”

Senator Richard Lindsay, D-Kanawha, said the bill would establish another layer of government through the charter school authorization board.

“The folks who’ve been elected to make decisions about education in their respective counties can be overwhelmed and overrun,” Lindsay said.

Lindsay described the revised charter school system as a loss of local control, and he questioned the fiscal responsibility.

“Where are my conservatives in the state of West Virginia?” he asked.