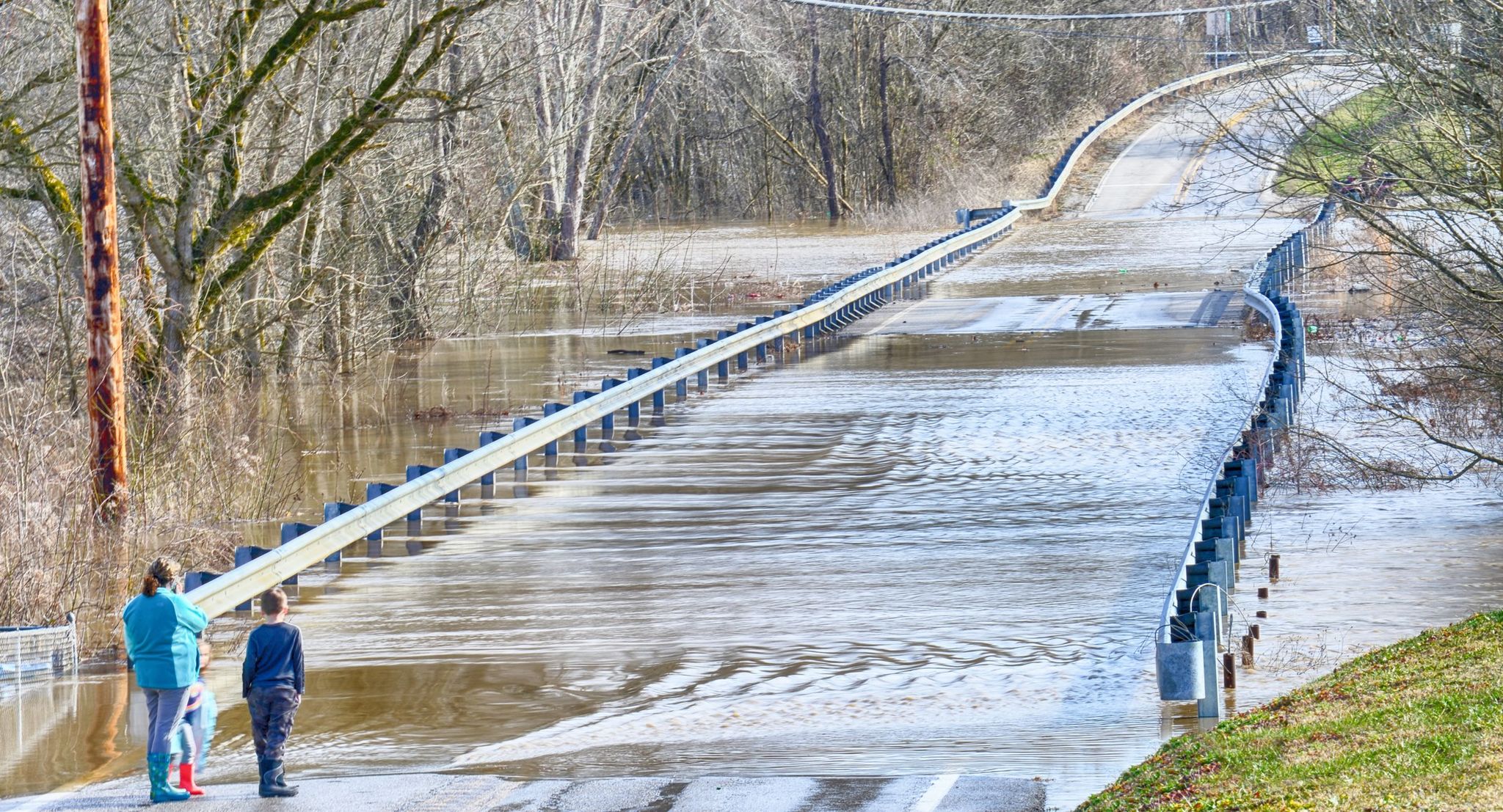 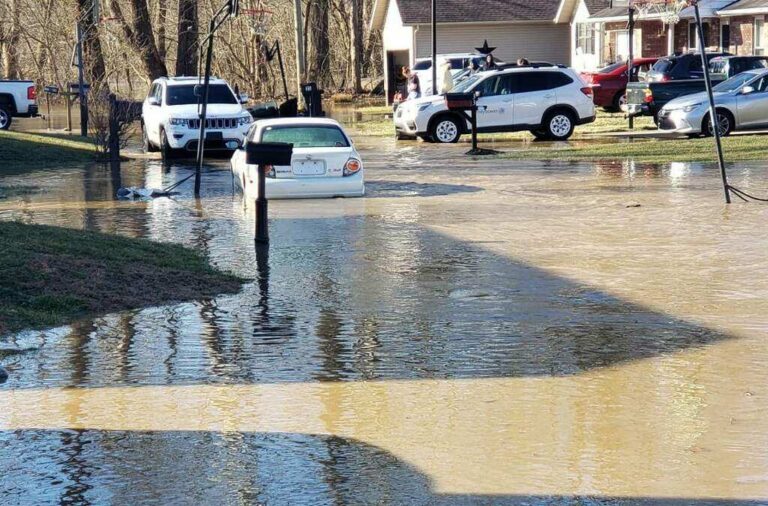 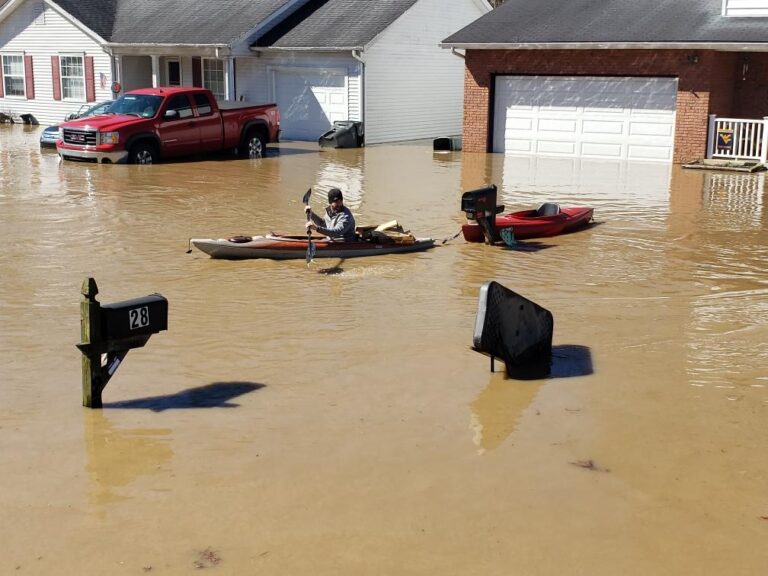 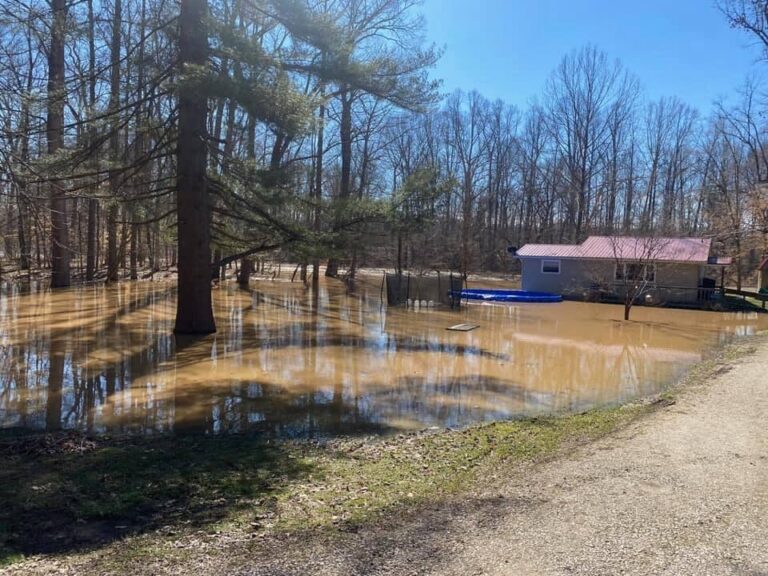 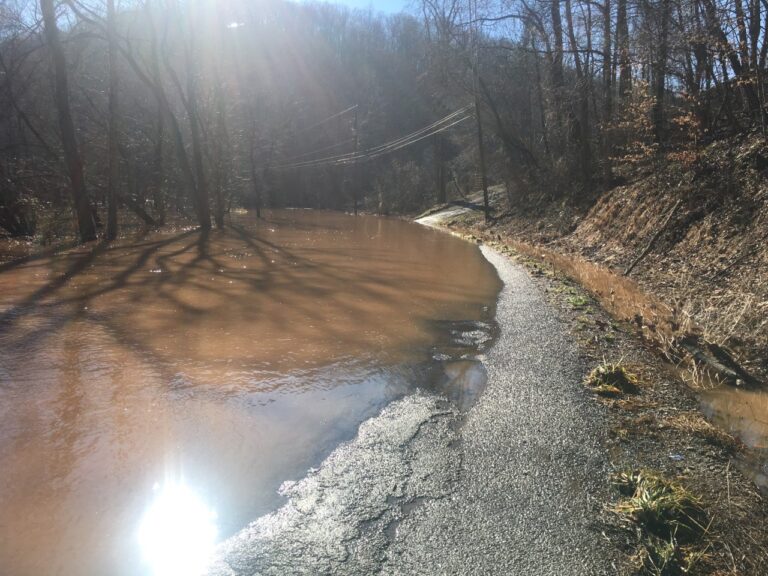 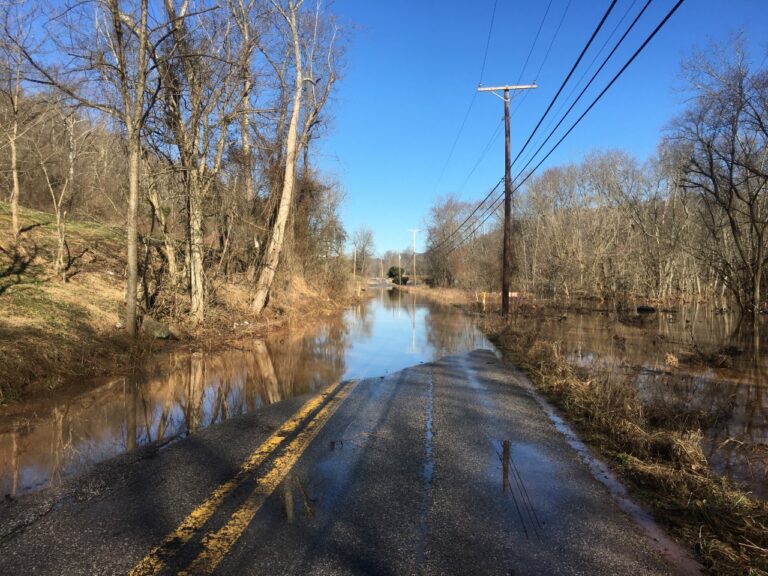 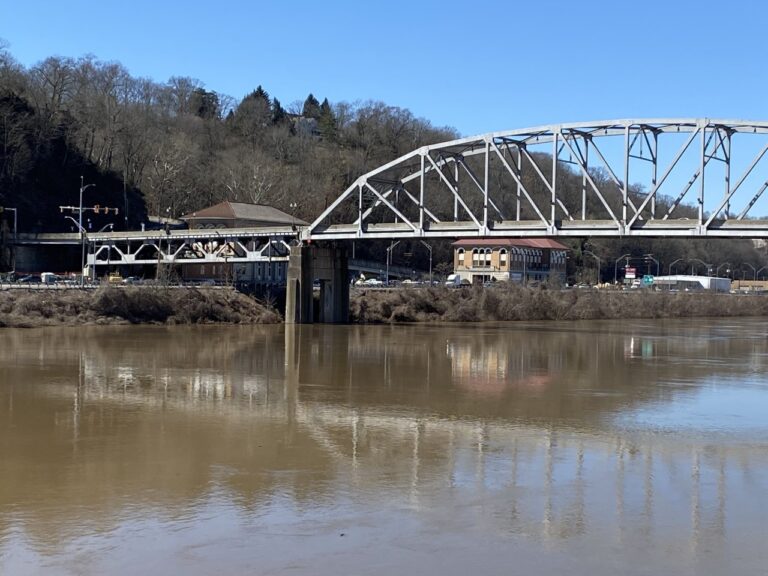 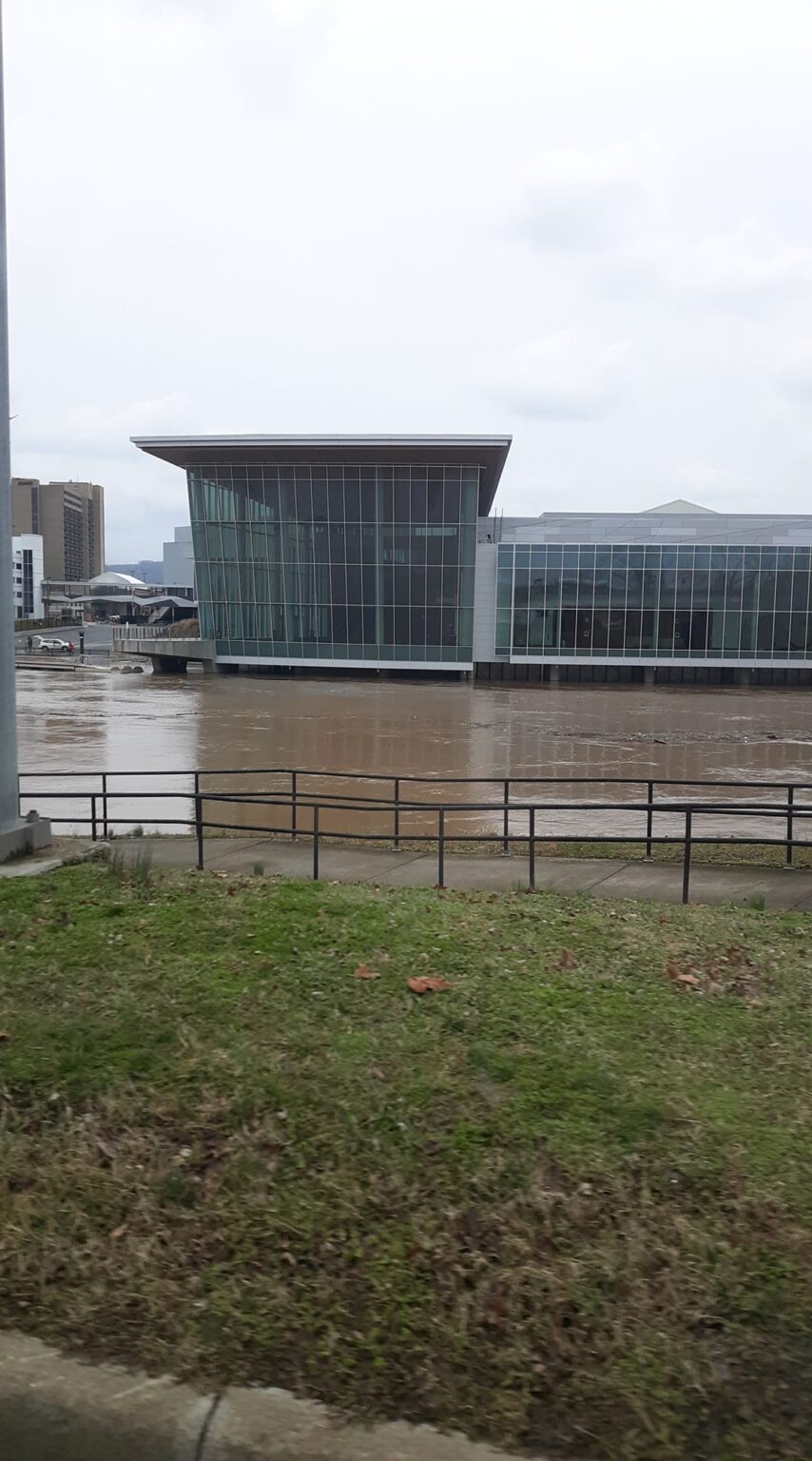 The Elk River at the Charleston Coliseum and Convention Center 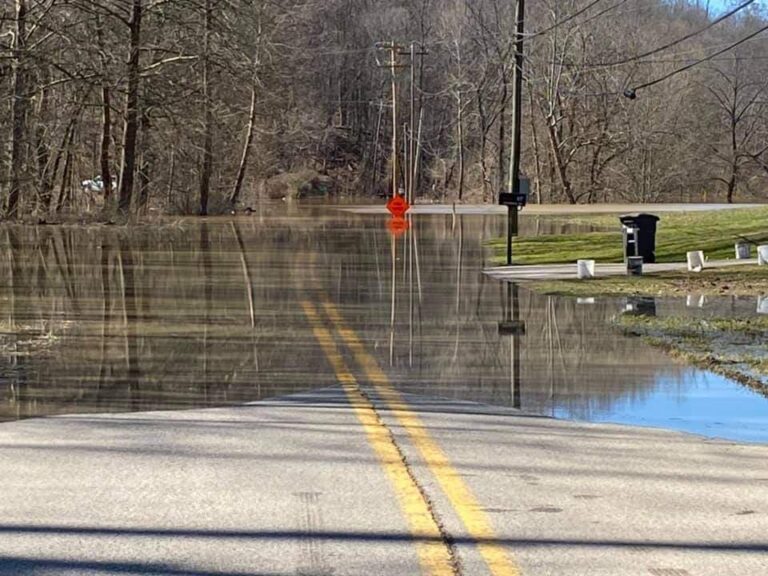 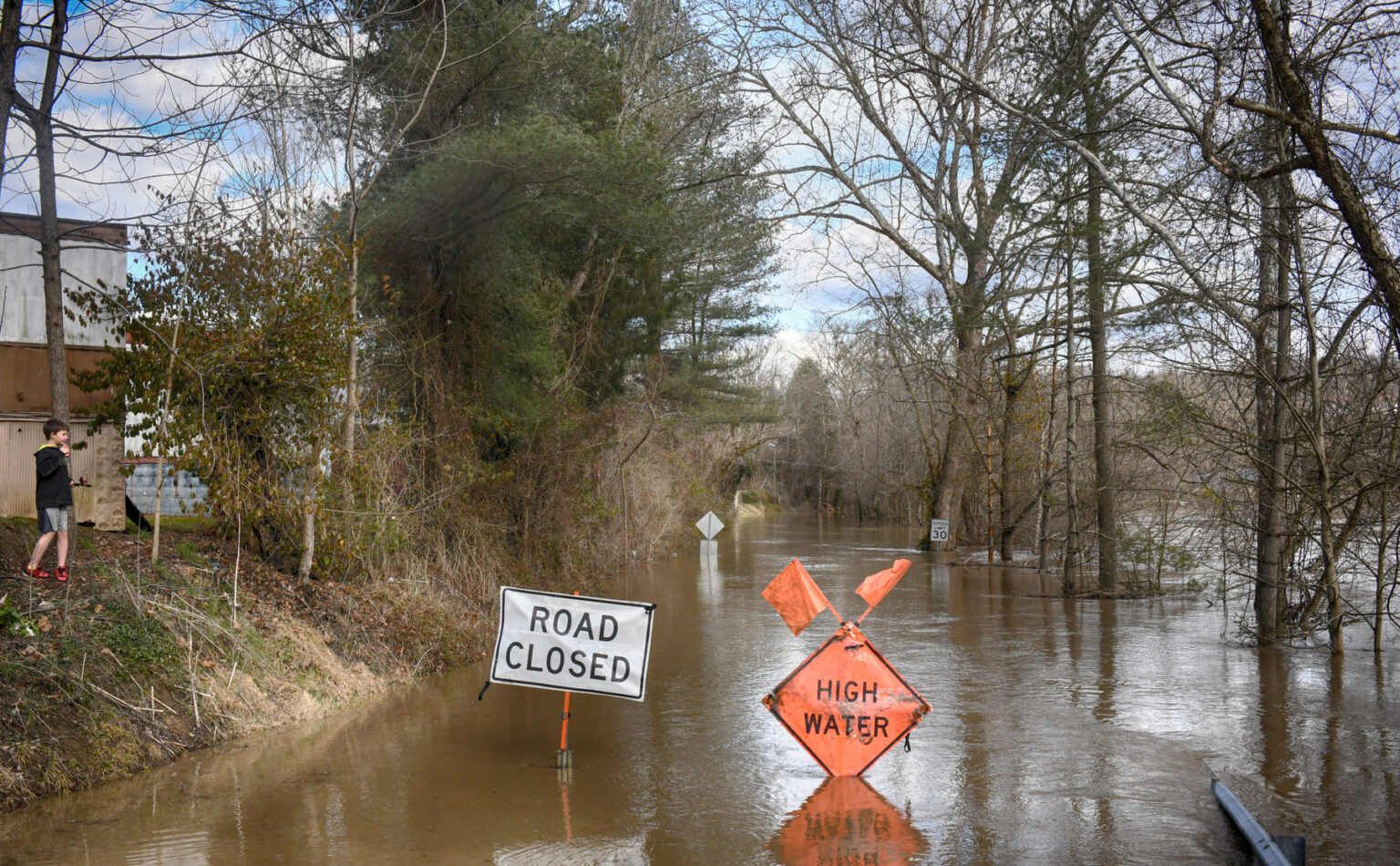 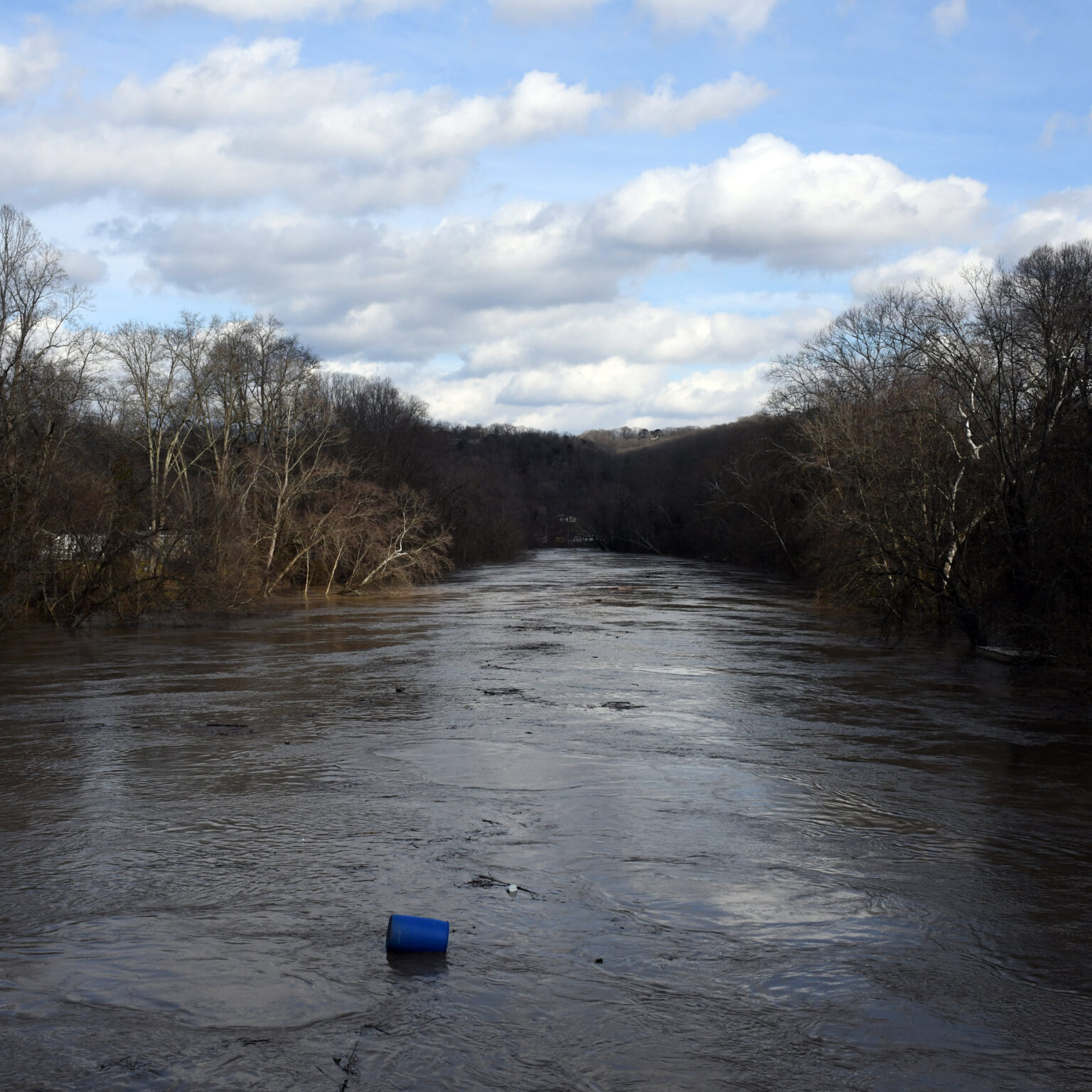 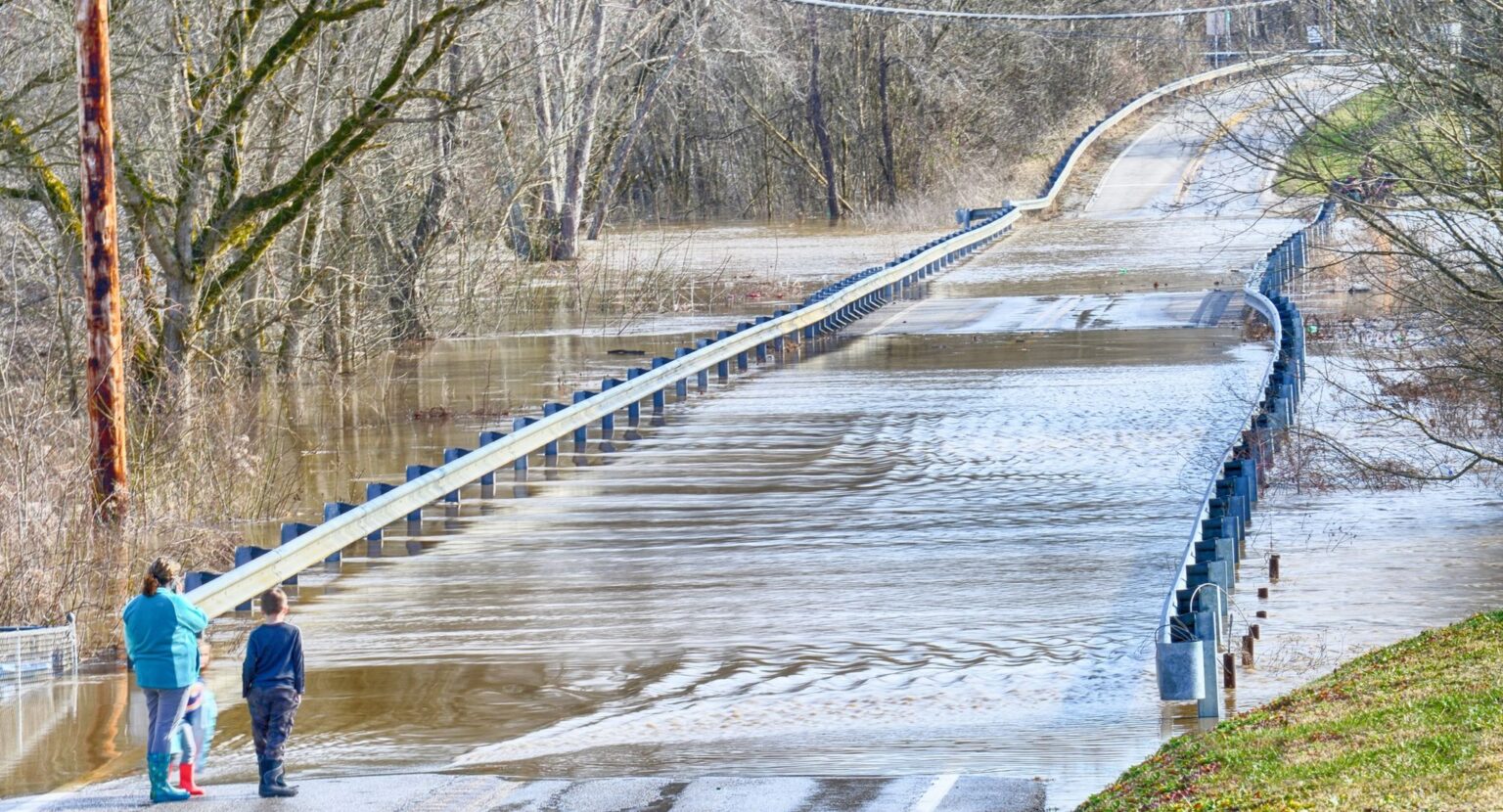 CHARLESTON, W.Va. — Although the sunshine broke through and the skies were blue Tuesday, it was of little comfort to a lot of West Virginians who could only watch as backwaters of a nearby stream continued to creep into their neighborhood and their yard.

The weekend deluge sent smaller streams out of their banks all across West Virginia, but in the subsequent days as those creeks drained away there are bigger issues downstream. The Ohio and Kanawha Rivers carried heavy water which caused many of the smaller tributaries to back up.

“The key is what the Ohio River does,” said Gordon Merry, Cabell County’s Emergency Services Director. “As soon as it crests then the Guyandotte and the Mud River will start to recede.”

Merry said he was aware of a number of homes in his county surrounded by water, but reaching them was a major problem. A lot of roads remained isolated and covered in water on Tuesday.

“The Salt Rock area, we’ve had to do an extensive amount of work getting people out. It came up rather quick and it’s higher than it’s been for a long time,” Merry explained.

Cabell County also had isolated homes in the Ona, Barboursville, and Milton communities as the Mud River left its banks.

Video from Jason Toy on Facebook of his neighborhood in Cabell County.

In Mingo County, the town of Kermit Tuesday was an island unto itself. Mingo County Emergency Services Director Doug Goolsby said they’d been trying to get in for a couple of days, but all roads to the town were blocked.

“Right now that’s the one that’s got us messed up. You can’t gain access to it because the water is still up due to the back water,” he said.

Goolsby said he and other county officials had done some assessment and found in a lot of places although water had gotten in and around homes, there hadn’t been very many where the water had risen into the living quarters. He credited past flood management in which those living in the flood plane had to raise their homes. The practice and regulations, according to him, are starting to pay off in lesser damage amounts.

The city of Williamson installed one gate on the city flood wall as of Tuesday to back off the rising waters of the Tug Fork River.

In Wayne County, Emergency Services Director B.J. Willis and his crew were still trying to close the books on the February ice storms when Mother Nature came calling again.

“We weren’t finished with the ice storm. We still have some residences where the power has still not been restored. The power and phone company had to delay a day or so because they can’t get into some of the areas they need to fix,” Willis explained.

There was high water in the Dunlow community, where he said there were no pressing emergencies, but a lot of people were isolated as water covered access roads to the community. Downstream homes were starting to take on water in the communities of Ceredo and Lavallette along the banks of Twelve Pole Creek as the Ohio River continued to rise.

“Twelve Pole goes south to north and goes into the Ohio River on Route 60 there at Camden Park. There’s still concern for the Ceredo and Lavalette area as the water continues to rise in those areas,” he said.

The Kanawha River crested at Charleston below flood stage, but still at the highest point since 2003. However, the Elk River continued to pour in a huge amount of water and the Coal River continued to be flooded in the Tornado community. The Coal drained its huge volume into the Kanawha as well. The slow flow caused backwater flooding in the community of Poca downstream and covered parts of State Route 62 in Mason County.

City officials in Point Pleasant said three streets in town were closed for flooding Tuesday, but they did not need to install gates in the city’s floodwall. Mayor Brian Billings noted the water coming out of the Kanawha River was considerably higher and faster than the waters coming downstream on the Ohio River from the north.

A full crest on the Kanawha and Ohio Rivers was projected to take several more days. Fortunately, forecasters say we’re in for a dry stretch in West Virginia with no rain in the forecast for the rest of the week.