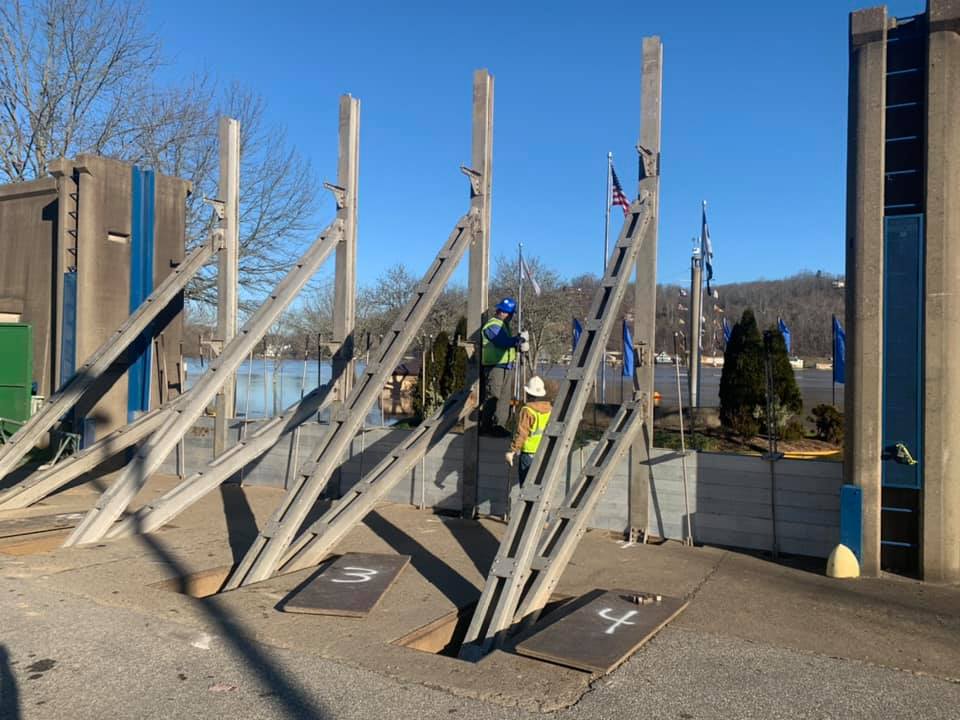 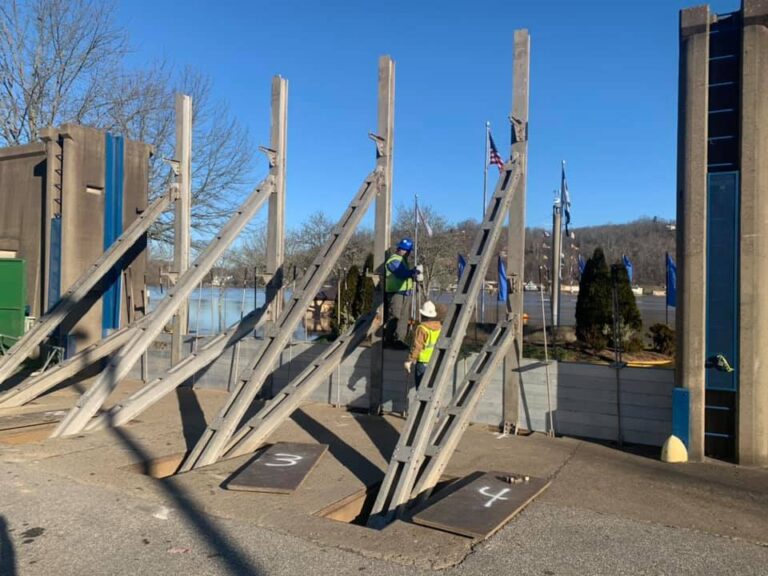 Crews from the Huntington Water Quality Board construct the seals on the flood wall at Harris Riverfront Park this week. 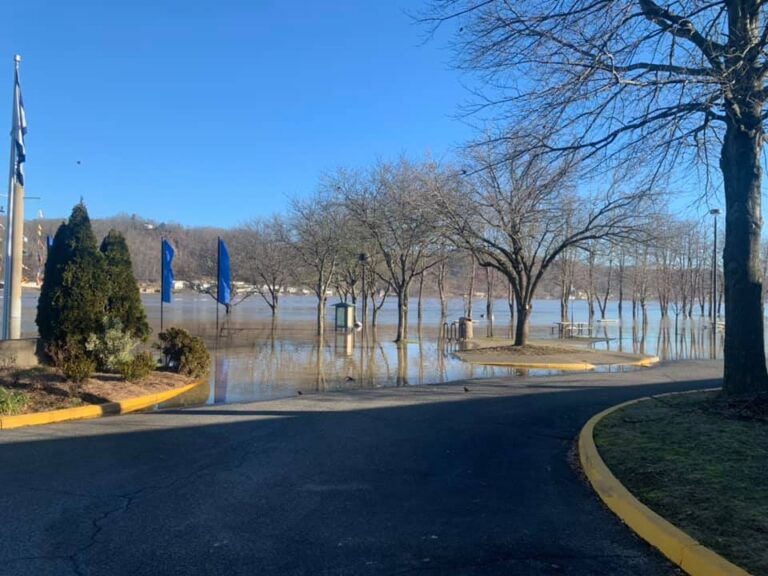 HUNTINGTON, W.Va. — People go about most days in Huntington and don’t even notice the flood wall which forms a barrier between much of the city and the Ohio River. The elaborate system of concrete walls combined with levies and pumping stations was built in the 1930’s. This week, again, it has paid off for those whose property was protected from the backwater of the rising Ohio River.

“We saw water outside, but on the interior side of Huntington in the areas protected in the flood plane by the flood wall we saw no impact or damage whatsoever,” said Brian Bracey, Executive Director of the Huntington Water Quality Board.

The Board operates the flood wall and made the call this week to install the first three of 34 gates into the wall which are normally openings for people, both in vehicles and on foot, to come and go. The first two gates to be installed when the water rises are the two at Harris Riverfront Park. Those were put into place, but Bracey said the actual seals were never touched by the water ahead of the crest on Wednesday.

“When the water gets to 52 feet, we start mobilizing manpower and those are the first two we install.” he said. “The water has touched the wall in some places, but not at those two seals. It was within four feet of those.”

“A lot of people don’t notice the flood wall and if they do, they don’t recognize that today we have 17 pump stations in operation, pumping the drainage of the city back into the river. Those are in operation 24/7 until the water recedes.” Bracey said.

Bracey anticipated all of the water on the Ohio River at Huntington would have receded back to a normal flow by late Friday evening.