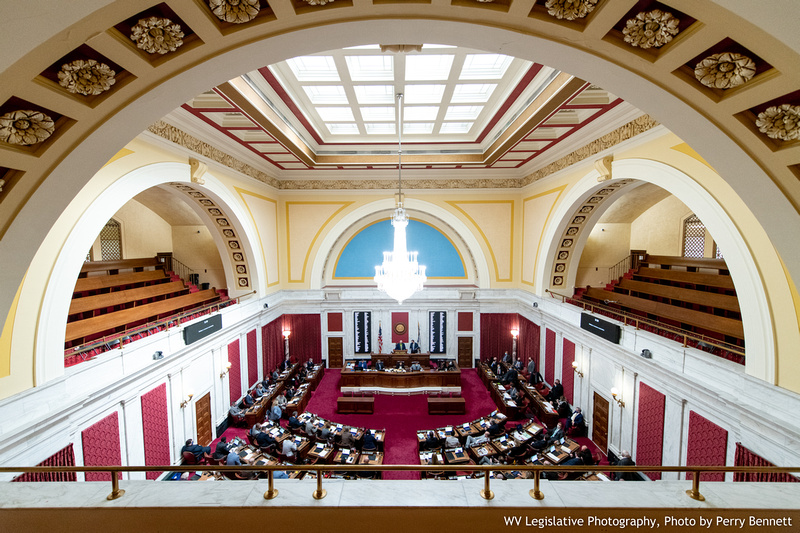 The full House of Delegates will now consider an exception to the Aboveground Storage Tank Act that passed in the wake of the 2014 water crisis in the Kanawha Valley.

That’s despite a deputy secretary for the Department of Environmental Protection telling delegates the agency doesn’t favor the change.

“In its current form we do not support it,” testified Scott Mandirola, a deputy secretary for DEP.

The House Health Committee on Thursday evening passed House Bill 2598, which would exempt some tanks. The vote was 18-6, although most of the discussion in committee was from delegates who oppose the change.

If the bill passes, the act would no longer apply to small tanks having capacity of 210 barrels or less even if they are located in a “zone of critical concern,” which refers to their proximity to local water intakes.

Delegate Danielle Walker, D-Monongalia, asked some questions attempting to get at a bottom-line assessment.

“If this bill passes will it weaken the Above Ground Storage Tank Act?” she asked.

Goals of the program include making sure tank integrity is intact, ensuring tanks are examined at least every three years, keeping records of corrosion and leak detection.

“Virtually the entire program is a prevention program,” Mandirola said.

The Kanawha County Commission sent a letter earlier this week expressing opposition to the changes being proposed.

“Have we already forgotten the devastation caused by the water crisis in 2014? This is the Freedom Industries Bill, and in the interest of the public’s health and well-being, we urge the House Health Committee to reject this attempt to erase necessary public safety protections,” stated Kanawha Commission President Kent Carper.

Commissioners Ben Salango, a Democrat, and Lance Wheeler, a Republican, said they are against the changes, too.

“These are going to be low volume, marginal wells,” said Phil Reale, a lobbyist for The Gas and Oil Association of West Virginia.

Delegate Mike Pushkin, D-Kanawha, said one of his first times speaking before the Legislature as a citizen came during a public hearing that followed the water crisis.

“After that happened in 2014, when a bunch of us woke up suddenly concerned about something we took for granted,” Pushkin said.

After that event, there was more than enough blame to go around, he said. Since then, he said, the Aboveground Storage Tank Act has been the subject of exemption after exemption.

“You vote for this,” Pushkin said, “the blame’s gonna be on you next time.”