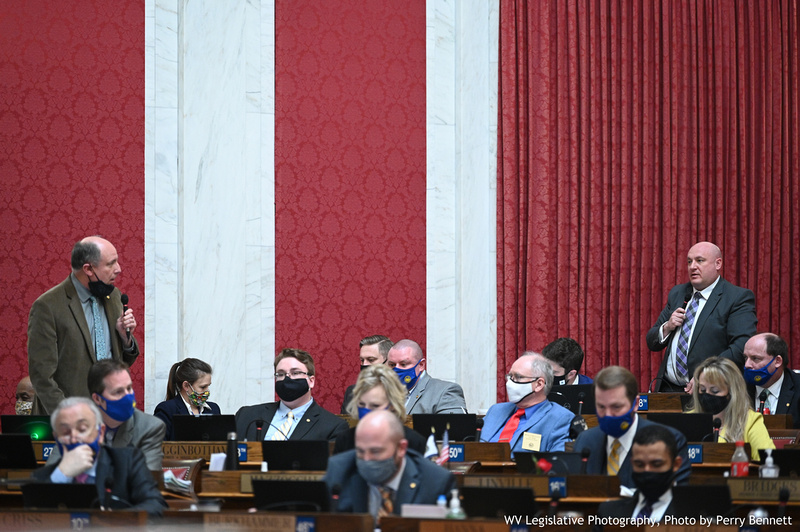 The House of Delegates has again passed a bill allowing families to use public money for private education costs.

“For a student in the public school system that just doesn’t seem to be working out for them, this gives them the chance to try something else,” said House Education Chairman Joe Ellington, R-Mercer.

The bill passed 57-42 today. The bill now goes to the Senate, where the Republican majority has strongly supported similar bills in years past.

The big question is how much the program would cost in the long run.

“We’re defunding our public school system, and this is the first shot at that effort,” said Delegate Brent Boggs, D-Braxton.

House Bill 2013 would allow students leaving the public school system to use $4,600 for costs associated with private school or homeschooling. The bill also allows students old enough to enter the school system for the first time to be eligible immediately.

“Please think about the cost of this program,” said Delegate Larry Rowe, D-Kanawha.

Delegate Jim Barach, D-Kanawha, worried about how much money will transfer out of public school systems.

Delegate Cody Thompson, a public school teacher, said schools will still have expenses even if some students have incentives to leave.

The House first passed this bill 60-39 on Feb. 18. But questions about the cost prompted delegates to pull back the bill the next day. It was assigned to the Finance Committee, where delegates initially capped the student aid at $3,000.

But another amendment adopted on the floor today bumped that back up to the original $4,600.

“Threw it back in Finance and then we came out here and did something totally different,” said Delegate Sean Hornbuckle, D-Cabell.

Americans For Prosperity-West Virginia, a libertarian-leaning organization, had earlier today encouraged the House to pass the bill.

“Now is not the time to waiver on expanding educational opportunities that would unleash our kid’s full potential,” stated Jason Huffman, the organization’s executive director.

“Sixty members of the house voted for this commonsense legislation earlier this session. Supporters of this reform from across the state—thousands of whom have taken the time to contact their lawmakers to voice their encouragement—are optimistic that these same lawmakers will stand by their commitment to providing families the educational flexibility they deserve.”