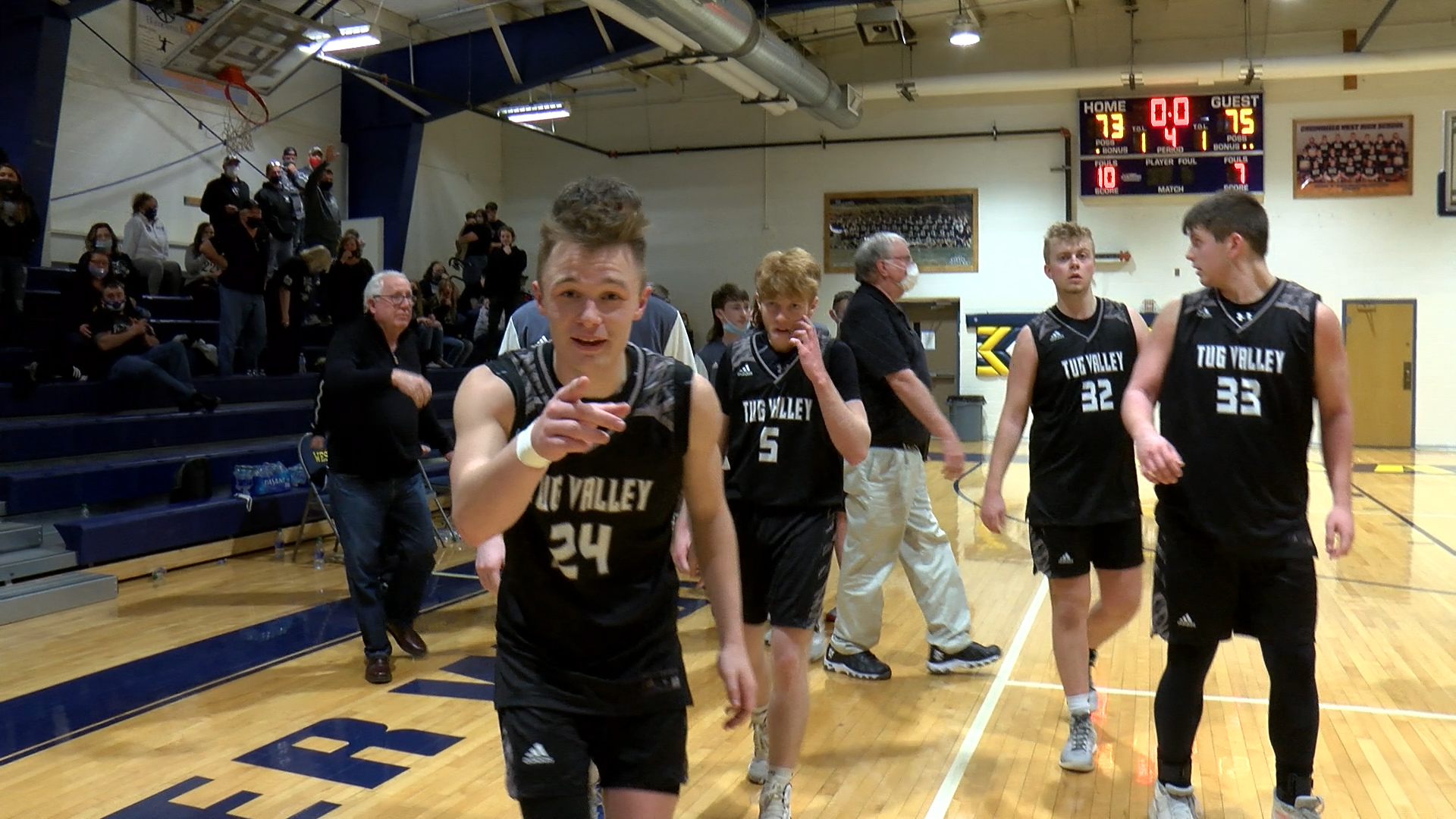 Neither team led by more than six points in the entire game and four points was the widest margin in the fourth quarter. Kaiden Pack led the Cavaliers with 38 points.

“Caleb is a bucket,” said Tug Valley head coach Garland Thompson. “To me, he is probably the best Class A player in the state. That’s not discarding what Mr. Pack did tonight. He is a tremendous basketball player. We couldn’t stop him. It was a nip-tuck fight, a knock down, drag out brawl. I credit Greenbrier West. They were ready to play. We were very fortunate to come up here and get the win.”

“They responded very well,” Thompson said. They battled theirs butts off and rebounded the ball, hit some clutch shots and free throws.”

Greenbrier West led 44-39 at halftime before Tug Valley surged ahead to take a 62-59 lead at the end of three quarters.

Tug Valley is coming off a regional championship season while Greenbrier West went 18-5 in 2020.

“We hope to play on (Championship) Saturday, but there’s 31 or 32 other teams hoping the same thing. We’ve got to keep working to get better.

“We haven’t played in 359 days,” Thompson said. “I thought we would struggle up here. I really didn’t think we could come up here and win with all the adversity. We had the flood the other day and some of our kids got flooded out. That shows their heart and I am proud of them.”