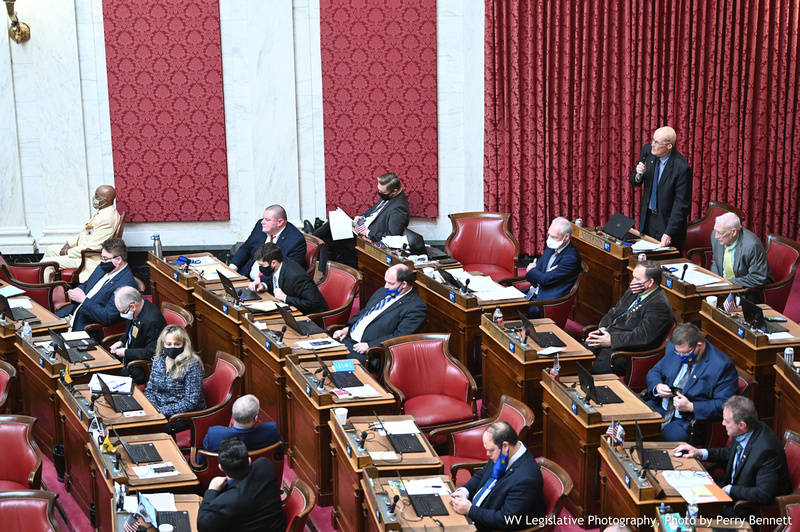 The House of Delegates passed an exception to the Aboveground Storage Tank Act that passed in the wake of the 2014 water crisis in the Kanawha Valley.

House Bill 2598 exempts small tanks having capacity of 210 barrels or less even if they are located in a “zone of critical concern,” which refers to their proximity to local water intakes. State officials have said the change would affect about 890 tanks containing oil, brine and other substances.

Delegates passed the bill 74-26. It now goes to the state Senate for consideration.

Members of the House had a lengthy debate about the need to assure water quality for communities versus the financial concerns of the well operators who maintain the tanks.

“I believe the removal of this restriction on the oil tanks, the brine tanks in the zones of critical concern is an acceptable risk that we have to take at this point in time,” said House Energy Chairman Bill Anderson, R-Wood.

One way to minimize risk: “You maintain them and you inspect them,” Hansen said.

The tanks are connected to smaller, marginal wells with traditional vertical drilling.

Kevin Hartleroad is one of those operators. He is vice president for operations at Stalnaker Energy Corporation, which has operations in central counties of West Virginia, including Doddridge, Roane, Kanawha and Calhoun.

Hartleroad, speaking on the telephone, said the company has 13 tanks that would be affected by the bill.

“That doesn’t sound like very much. I have to send somebody out there every two weeks to fill out a paper to keep in the file,” Hartleroad said

He said the papers, dating back three years, stack up and reveal the amount of fluid in the tanks barely changes at all.

“Productivity is so little,” he said.

Hartleroad notes that the Aboveground Storage Tank Act was prompted by a chemical spill. He said West Virginia’s oil and gas industry has never been associated with such a catastrophe but wound up wrapped up in the heightened regulations.

“The regulations they’ve tacked onto the oil and gas industry – it’s common knowledge what gas prices are. Most of our wells operate at a deficit. We lose money operating wells, but it costs more to plug them,” he said.

“We’re not out here to create spills or to create problems.”

Many of the delegates who spoke out against allowing more exceptions to that bill described the many ways lives were affected in 2014.

Delegate Kayla Young, D-Kanawha, said she’d just had a baby exactly a week before the water crisis. On Jan. 2, her son Milo was born. On Jan. 9, she got a call saying not to use the water.

Maintaining the Aboveground Storage Tank Act, she said, would be a way to assure people could trust their water for cooking, cleaning and drinking.

Now, Young said, “They say it’s just brine. I don’t know about you guys – I’m not drinking anything they put on the roads.”

Young described herself as an entrepreneur, challenged to maintain her small business. She said she can understand the stress of trying to get by.

“I just want these people to follow the rules. The bare minimum rules,” she said. “It is what we can demand of our business leaders.”