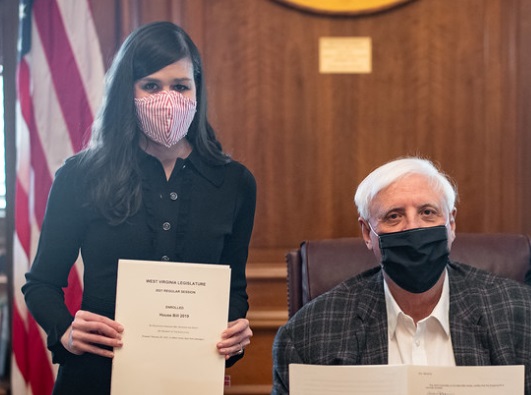 CHARLESTON, W.Va. — The first secretary of tourism in West Virginia sees plenty of potential for travel growth during the coming months in the Mountain State.

“When we look to post-COVID travel trends, we see that people want to take road trips, they want to visit small towns and they want to get outdoors and explore nature,” said Secretary Chelsea Ruby.

“All of those things can be found here in West Virginia.”

“This is going to bring so much goodness and opportunity to our state it’s unbelievable,” Gov. Justice said at that time.

Ruby was named tourism secretary after serving as tourism commissioner since Jan. 2017.

“We are one of several states in the country now that has said tourism is a top priority.”

Prior to her move to tourism, Ruby was the director of marketing and communications for the state Department of Commerce and served as executive director of West Virginia’s 150th birthday celebration in 2013.