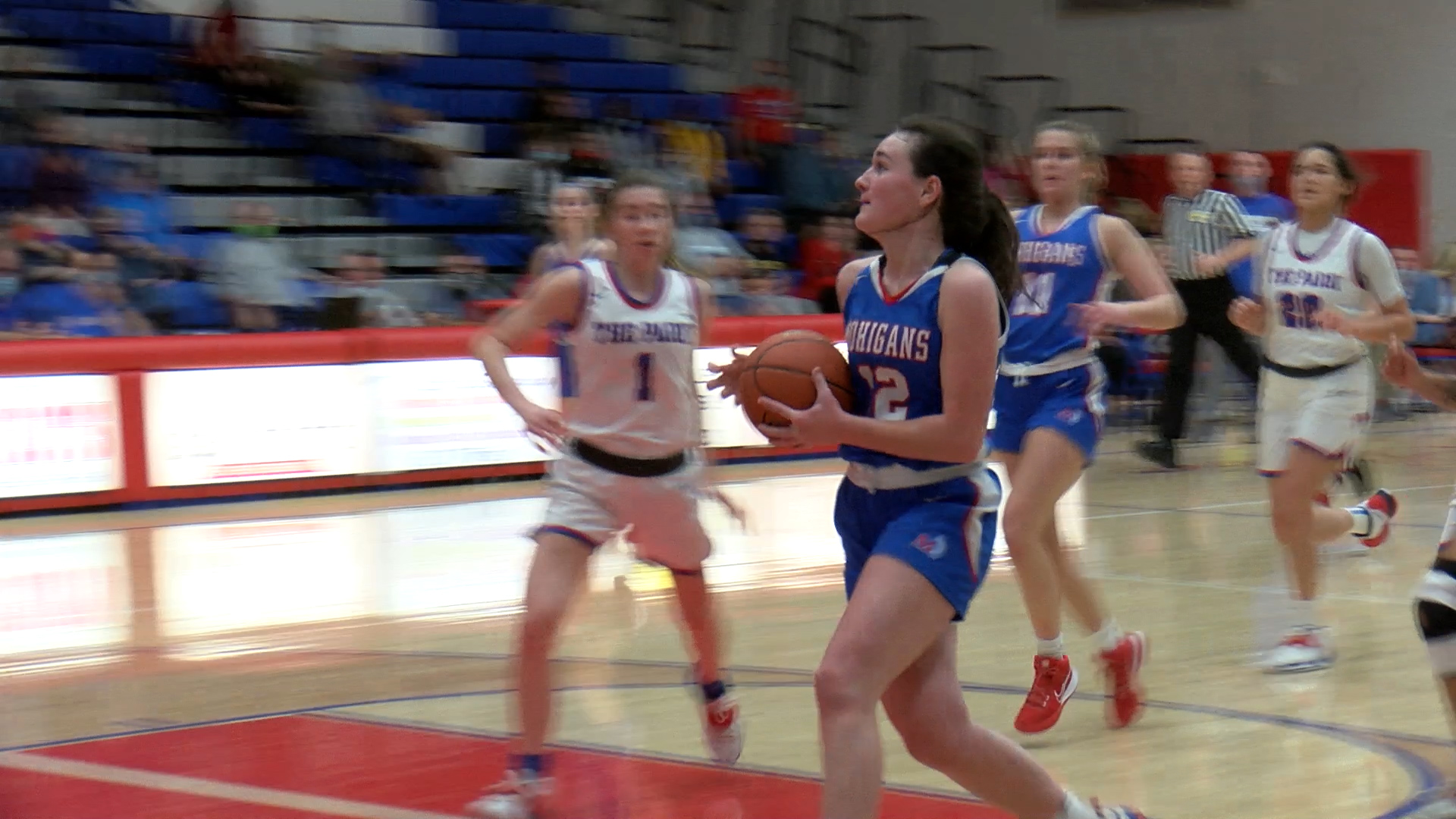 WHEELING, W.Va. — A 14-0 second half run led Morgantown to a 14-point win at Wheeling Park, 55-41. The Mohigans (7-1) avenged their only setback of the season, which was dealt to them by the Patriots twelve days ago in Morgantown.

“We didn’t spot them a 15-point lead like we did at home,” said Morgantown head coach Jason White. “I still think we gave up too many drives to the bucket. We have to be better at that. That’s something we’ll be addressing the next two days at practice. I thought in the second half, we were able to contain those drives and force them to be one-dimensional.”

In a tightly-contested first half, neither team led by more than four points. With the game tied 10-10 after one, Morgantown jumped out to a 20-17 lead at halftime. Wheeling Park surged ahead by three points in the third before the Mohigans went on the decisive 14-0 run between the third and fourth quarters.

“Finally, we had some intensity, defensively. We switched it up and tried everything in the book. We just couldn’t get our kids moving. It seemed like we were playing real flat-footed on defense. We finally got a press that got us moving.”

“We are going to be a team that beats you with our depth, not just five or six kids. We will run nine or ten at you and that is the strength of this team.”