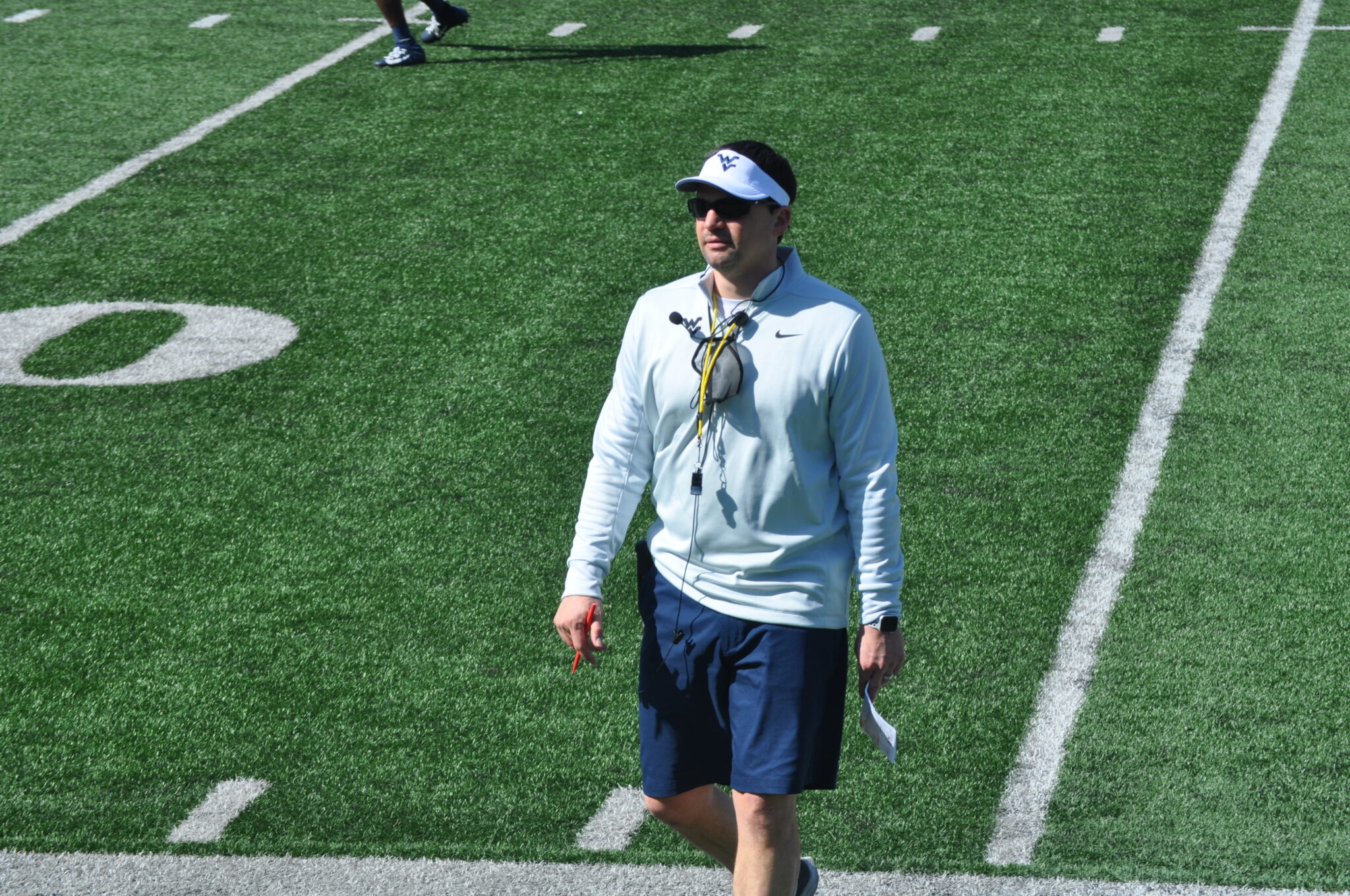 MORGANTOWN, W.Va. — Neal Brown is just four practices into spring drills and his team has already doubled their practice output from last spring. The Mountaineers will take the practice field Thursday and then break for six days over Easter weekend. In a wide-ranging conversation on the MetroNews Citynet Statewide Sportsline, Brown said that although competition in the fall carries its own level of excitement, the slower pace of spring has great value in building a program.

“My favorite time is the spring,” Brown said. “It is teaching. Everybody has hope. You are able to evaluate and it is kind of football in its rawest terms. You are not necessarily game planning. You are not trying too win. It is all about growth.

“I really enjoy this time. I don’t know if the players feel the same way just because there aren’t any games.” 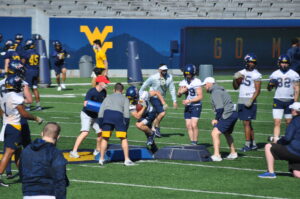 While only a lucky few teams across the country were able to get the bulk of their practices in prior to the pandemic last spring, Brown says the thirteen missed practices could have been beneficial for his young roster.

“Everybody figured out a way to adapt and made the best out of a bad situation. I do think the veteran teams benefited more. We were really young. We had a lot of first time players. I thought we did a pretty decent job overall. Would we have been better if we had spring practice? I think so. But it is helping us right now. We have several early enrollees that it has been a benefit to.

“I do think coaches have evolved. It is not as much physicality with 15 days of contact work. That is not it. We haven’t worn our padded pants yet. We’ll do that (Thursday) for the first time.”

With no opponent to prepare for until August, the spring affords Brown and his coaching staff the time to specialize in various in-game scenarios.

“We practice a lot of situations this time of year and you gain knowledge with that. We have done, two-minute ‘end of game’ scenarios in three out of our four practices so far. The more you do that, the more understanding your guys have.”

Evolution of the O-Line

West Virginia improved from 5-7 to 6-4 this past fall, thanks in large part to improvements in their ground game. While the offensive line took a step forward, a continued climb in the top half of the Big 12 will be predicated on significant advancement from the five up front.

“I thought four out of five positions last year on the O-Line performed reasonably well. But two of those were freshmen. And it is really difficult to compete in our league with freshman on the offensive line.

“Now, I think we will have an opportunity at all five spots to have quality there. I think we have an opportunity to maybe get to seven and maybe eight guys that are capable of playing. I am not ready to say it is a strength of ours. But I think we are making the transition where it was a real struggle in ’19. We were better but still not good enough in ’20. I think in ’21, we have a chance to take the next step.”

For the second time since spring practice started, early enrollee Kaden Prather earned unprompted praise from Brown. The 6-foot-4 wideout from Montgomery Village, Md. is one of the most highly-regarded members of WVU’s recruiting class of 2021.

“Kaden Prather had a nice day (Wednesday). He is long. He is extremely twitchy. He has a chance to be special. He is eager and carries himself like an older guy.

“I think we are talented (at receiver). I like the guys collectively. They have worked in the offseason. There’s less talking, less social media, etc. I believe in them. They have to go out and be productive week in and week out during the season. I don’t have a lot of hyperbole to say about them. But I think they have matured. Some were pressed into action before they were ready and it didn’t go well for them. That probably humbled them but at the same time it made them hungry.”

High-profile transfers of starters Tykee Smith and Dreshun Miller and an overflowing NCAA transfer portal indicate that college football rosters will be evolving documents. With a one-time transfer and immediate eligibility likely on the horizon, Brown believes it will be very difficult for teams to max out at their scholarship allotment of 85 unless the annual maximum of 25 is increased.

“This is advanced math. It isn’t ninth grade Algebra. It is what it is. I never want to come off as hypocritical of it. In the last two years, we have benefitted far greater than we have lost in the portal.”

Members of the media were invited to attend a portion of Saturday’s practice at Milan Puskar Stadium. Brown insists that his players are just happy to have extra sets of eyes on them from the bleachers.

“The media thinks I am doing them a favor by letting them come to practice. I just want people to see them. We can trick our players. They get motivated when they see people in the stands.”

Brown is scheduled to meet with the media five time throughout spring drills. And he is aware that not just fans are keeping tabs on his comments. And messages with varying degrees of subtly can be sent.

“You have to understand, some of these press conferences are not just for the media. Our players listen to these everyday.”