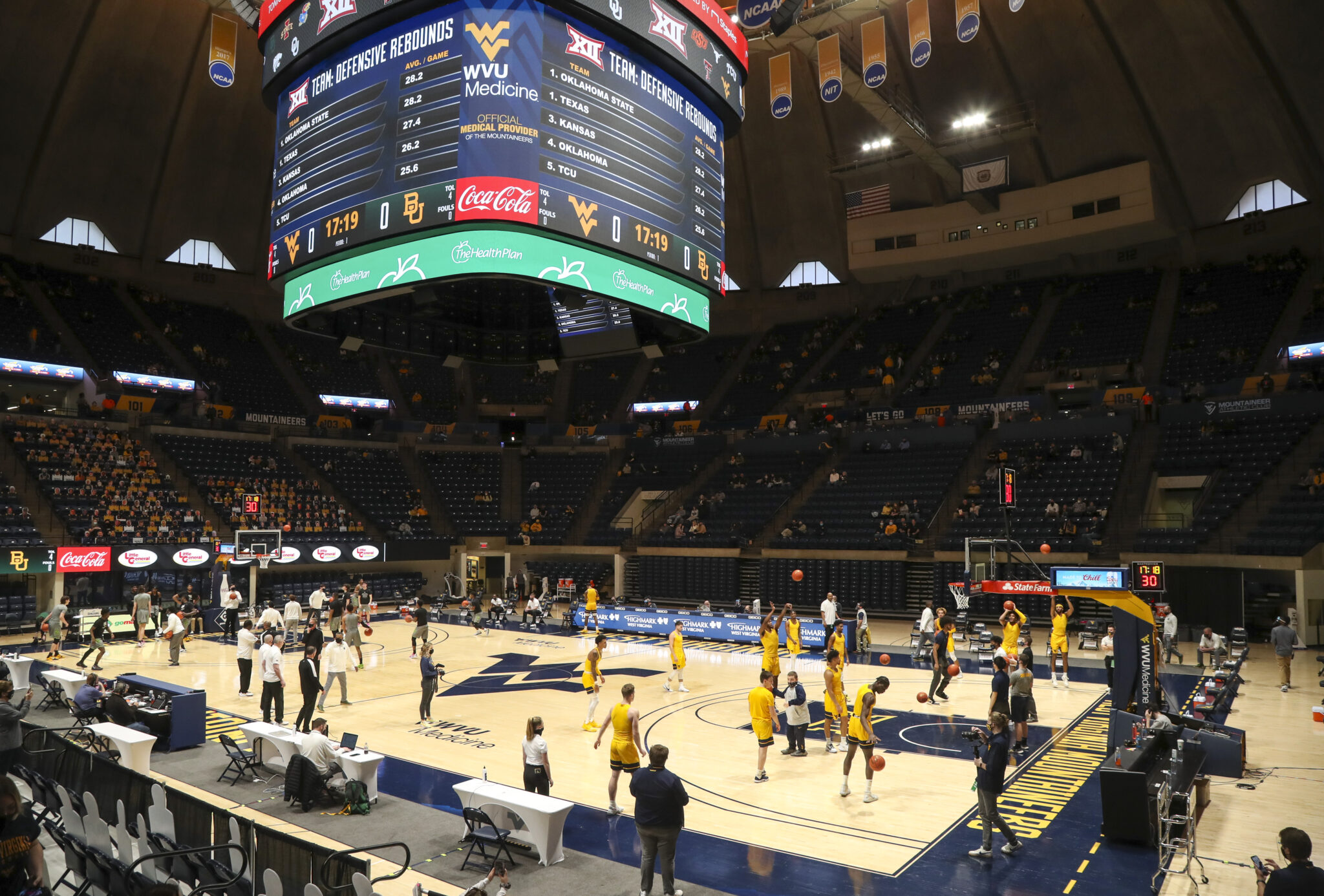 MORGANTOWN, W.Va. — It has been 24 hours since Cleveland native Josiah Harris announced his commitment to WVU.

“They all have been welcoming me and saying ‘Welcome Home.’”

Harris was pursued by WVU’s long-time assistant Larry Harrison. He stayed in contact with Bob Huggins as well.

Harris will become the 11th Ohio native to play under Coach Huggins. Harris was well aware of who Huggins was before being recruited by the Bear.

“I was amazed,” noted Harris of the first interaction with Huggins. “He is such a legendary coach. He kept coming to more things. We connected immediately. I was in shock.”

Harris visited WVU’s campus before his decision Wednesday evening. The environment surrounding the program and the overall vibe of the city helped make his decision.

“When I was down there on campus, it was a family atmosphere,” said Harris. “I loved it. The winning tradition they have and the winning mentality played a big part.”

The Mountaineer fanbase has been known to be one to welcome new faces with open arms. Harris complimented the enthusiasm provided by the Mountaineer nation.

“You have the whole state on your back,” noted Harris of the Mountaineer community. “You got them rooting for you, and they are showing so much love. When I was at the game, I saw all those fans cheering them on. That played a big part.”

Harris joins Josiah Davis of Teays Valley Christian Prep in the Class of 2022. The relationship between the two began immediately after Harris announced his decision.

“We reached out to each other,” stated Harris. “We are building our relationship. We exchanged numbers. I am excited to be a Mountaineer.”

Coach Huggins has established a gritty and hard-nosed style of play on the defensive side. Harris’s seven-foot wingspan can help create havoc against opponents.

“I feel like my versatility helps,” said Harris of what part of his defensive games will help him fit the defensive mold. “I can guard any position on the floor. I can guard the point guard. I can guard up to the five. I use my length. I have a 7-foot-1 wingspan. I make it difficult for guys to shoot over me. I can contest everything, and be very active on the defensive end.”

Coach Harrison and Huggins not only stayed in contact with Harris, but they consistently reached out to Harris’s parents as well.

“It played a big part in choosing WVU,” stated Harris of the communication between his parents and coaches.

Harris finished his junior season at Richmond Heights under Quentin Rogers. He and his team reached the Ohio Division IV state semifinals. Harris averaged 19 points and 12 rebounds per game this past season.