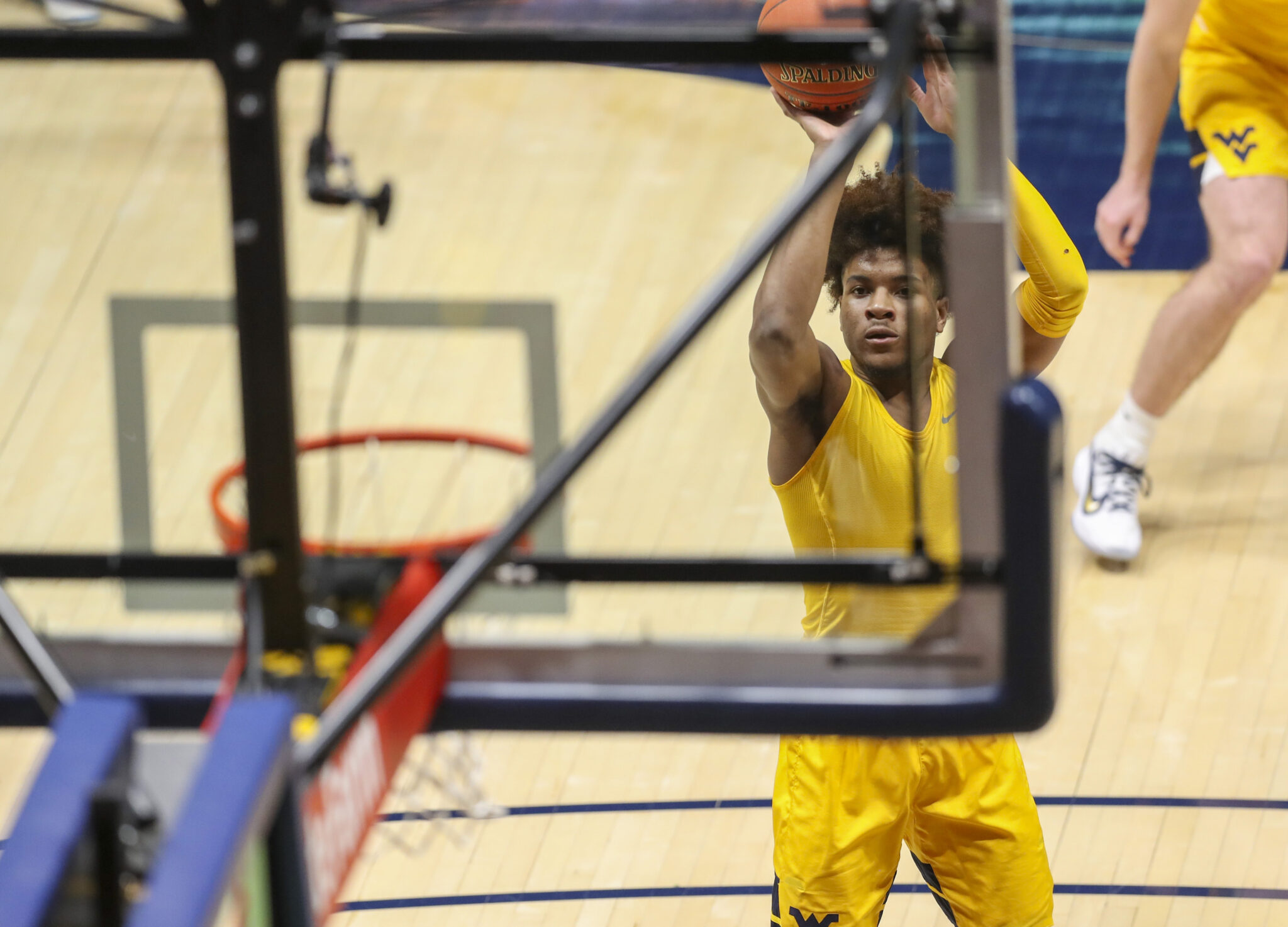 MORGANTOWN, W.Va. — West Virginia’s leading scorer in the 2020-2021 season will be entering the NBA Draft process. Miles McBride announced Friday evening that he will declaring himself eligible for the draft. McBride can receive evaluation from NBA personnel while retaining the right to return to West Virginia for his junior season.

Thank you Mountaineer Nation for welcoming me into your family 💛💙 pic.twitter.com/qQ4tIRVF8k

McBride flourished in his sophomore season at WVU. He led the Mountaineers in scoring at 15.9 points per game. The sophomore guard from Cincinnati started 28 of West Virginia’s 29 games. He was WVU’s leader in 3-point shooting percentage (41.4%), minutes per game (34.1), assists (140) and steals (55). McBride was named a second-team All-Big 12 Conference selection.

In his freshman season, McBride finished third on the Mountaineers in scoring at 9.5 points per game.

McBride is the No. 35 prospect in the ESPN 100 NBA Draft rankings. He joins fellow guards Sean McNeil and Taz Sherman as Mountaineers to declare themselves eligible for this year’s draft.