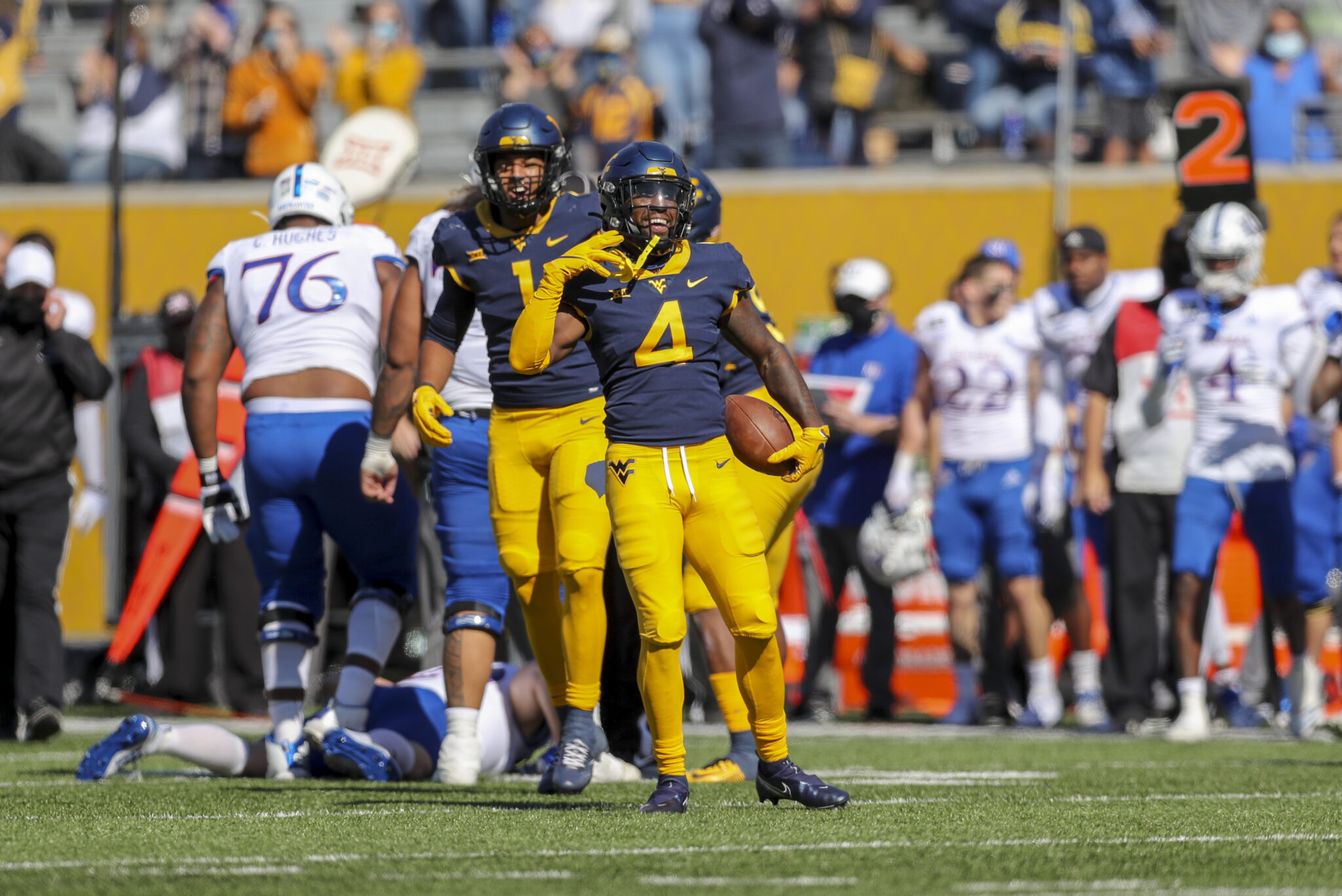 MORGANTOWN, W.Va. — Safety Alonzo Addae and running back Leddie Brown could very well be West Virginia’s most productive returning players on their respective sides of the ball. They sport the same No. 4 jerseys. As Brown enters his fourth season in the WVU program and Addae begins his third, both are taking on added responsibilities as mentors to younger players on the roster.

“I definitely feel like an older guy in the locker room. I feel like it is great for me to be able to give back to the program. West Virginia has done so much for me, being able to pour my knowledge and experience into the younger guys and get them ready for years to come,” Addae said.

“For me personally, this decision was based on the fact that I barely got that season last year. Obviously with me coming here and having to sit out because of transfer rules, having an extra year to put on film and take my game to another level was a big part of my decision.”

In the offseason, both Addae and Brown faced decisions about whether to return to WVU for their respective senior seasons. Brown says that a fourth season can boost his professional potential by making him a more well-rounded running back.

“I had many talks with my mom, my family, Coach (Chad) Scott and Coach (Neal) Brown about me either staying or going. We all decided that the best thing for me is to stay. I still have to work on the little things, not so much my running style. It is the little things like breaking down the defense, recognizing defenses, route running and catching the ball. Those are all the things I can come back this year and show the NFL scouts that I can do that and that I can be a big league back in the NFL,” Brown said.

Brown eclipsed the thousand rushing yard mark in the Liberty Bowl victory over Army. He had nine rushing touchdowns and also showed the ability to catch the ball out of the backfield. His 31 receptions tied for the second-most on the team.

“Me catching the ball more will catch the eye of the NFL scouts. That’s what they are looking for in backs now, backs that can do it all — run, catch, block, the full package. That is what I am trying to show them that I can do,” Brown said.

With Alec Sinkfield’s departure to Boston College, competition for Brown’s backup spot should be interesting to follow. Incoming freshmen Jaylen Anderson and Justin Johnson will join returners Tony Mathis, Jr. and A’Varius Sparrow in the mix for playing time.

“Tony is more like me from a running back standpoint. He is really explosive and really strong and makes tough runs when tough runs are needed. He is coming along really well as we get farther along into the spring. Sparrow is more like a speed guy. He can have that explosive strength,” Brown said.

Despite the recent departure of Tykee Smith, Addae believes that the group of safeties will be bolstered by the insertion of Arizona transfer Scottie Young into the lineup. Young made four tackles in the Liberty Bowl, his only appearance for the Mountaineers last year.

“He was in a similar position to me the previous year. It was good to see him take every day like it was his last. He put a lot into last season, getting the guys ready to go. This season, I think he is going to have a great year. Expectations should be through the roof for him,” Addae said.

For the first time since coming to WVU in 2019, Addae will not have his cousin Jahmile Addae on the coaching staff. Jahmile is now on staff with the Georgia Bulldogs.

“I miss family always but I am happy for him and his endeavors and what he felt like was best for him. It feels different but the coaching staff is like family to me with every coach on this staff.”

Both Addae and Brown agree that despite graduation and transfer portal losses, internal expectations are climbing in Neal Brown’s third season.

“Last year we had great pieces and this year we have some great pieces as well,” Addae said. “I feel like it won’t be much of a difference. I feel like our expectations are higher. We are still looking to build off what we did last year. For me personally, I am looking to be that glue and make sure everybody knows what they should be doing.”

“The whole team is on the same page. We want to come and dominate the Big 12 next year. We can tell in practice and workouts that the whole team is in. It is not one person that’s halfway in and halfway out,” Brown said.