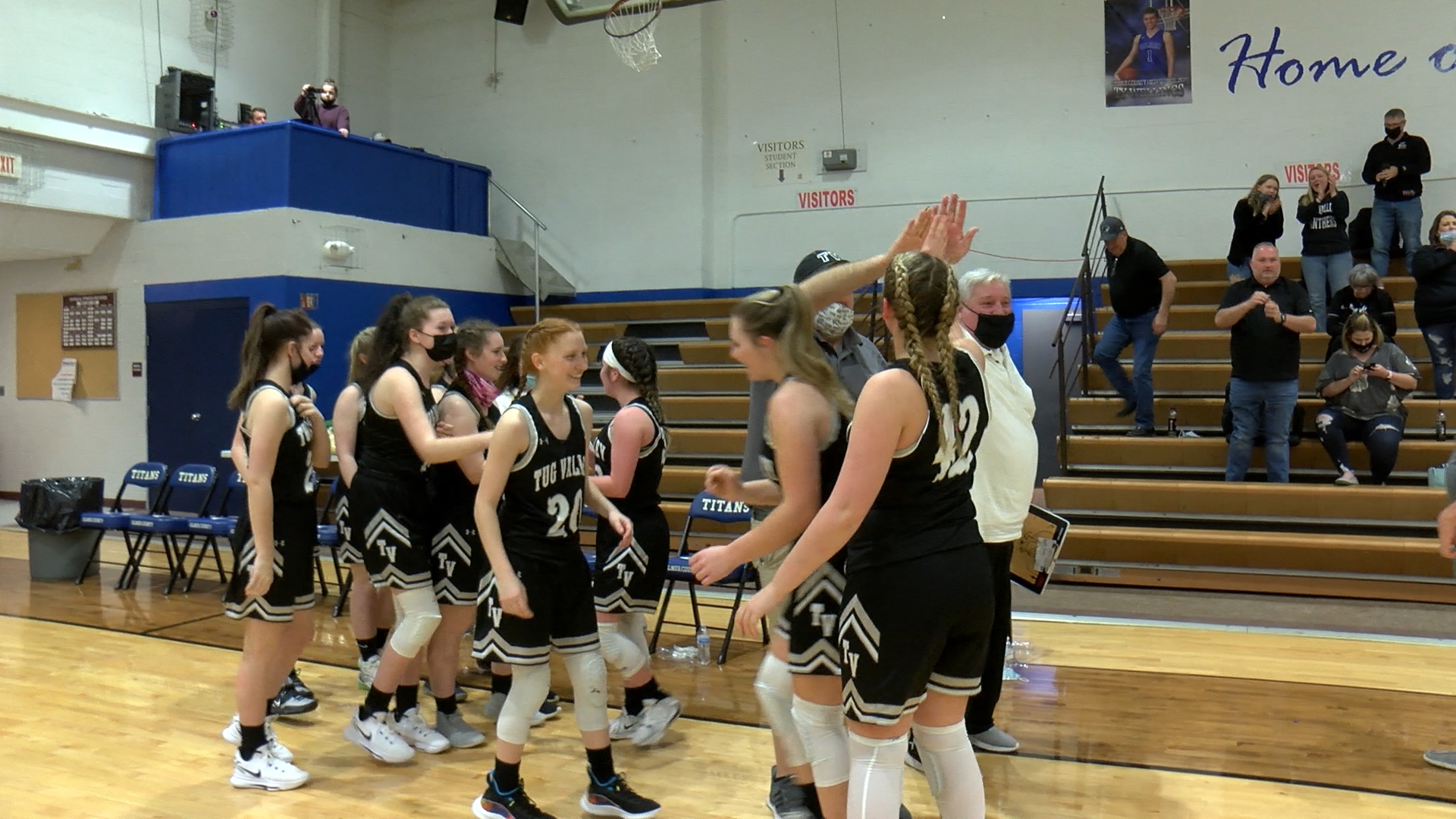 GLENVILLE, W.Va. — For the second time in a week, Tug Valley has collected an impressive victory over Gilmer County. The Panthers pulled away in the final minute to defeat the Lady Titans, 59-51 Monday evening.

Tug Valley (9-2) never trailed in the second half but needed to hold off several mini-runs from Gilmer (9-4) in the closing minutes.

“They are an excellent defensive team. They used a couple gimmick defenses to slow us down. We had some stuff for that but in the end, we just went out there and played basketball. We looked for open spots, took our shots and all five of our girls were in double figures. It was a total team effort,” said Tug Valley head coach Clyde Farley.

The Panthers defeated the Lady Titans 58-50 in Naugatuck on March 30. Both games featured eight-point final margins but much different paths to get there.

“At our place, we were up 20-something in the third quarter and ended poorly. We were holding the ball and had a couple things go wrong. This one was much different.”

Gilmer scored the final ten points of the first quarter to lead 17-10 after the opening eight minutes. With the Panthers struggling to find an offensive rhythm in the second, senior guard Alyssa Newsome scored 11 of her game-best 18 points in the quarter. Tug Valley led 27-25 at halftime.

“That was important for us. (Alyssa) had some good shots in the first quarter and I told her, ‘Shooters gotta shoot’. She got those shots and she knocked them down. I have coached her for three years now and she has hit some big threes. But none were bigger than those in the second quarter, because we needed them.”

The Panthers built a 44-36 lead at the end of the third quarter. Trailing 53-47 with 90 seconds to play, Gilmer scored back-to-back buckets to creep within two points. Tug however would score the final six points of the game. That run began when Kaylea Baisden stole the ball at midcourt with 30 seconds left and found Autumn Hall for a breakaway layup.

Both Tug Valley and Gilmer County are top contenders to earn state tournament spots out of the competitive Class A, Region IV.

“We are pleased with how it is going,” Farley said. “It has been a difficult year. But the ending is all that matters and we are looking forward to hopefully a good ending.”