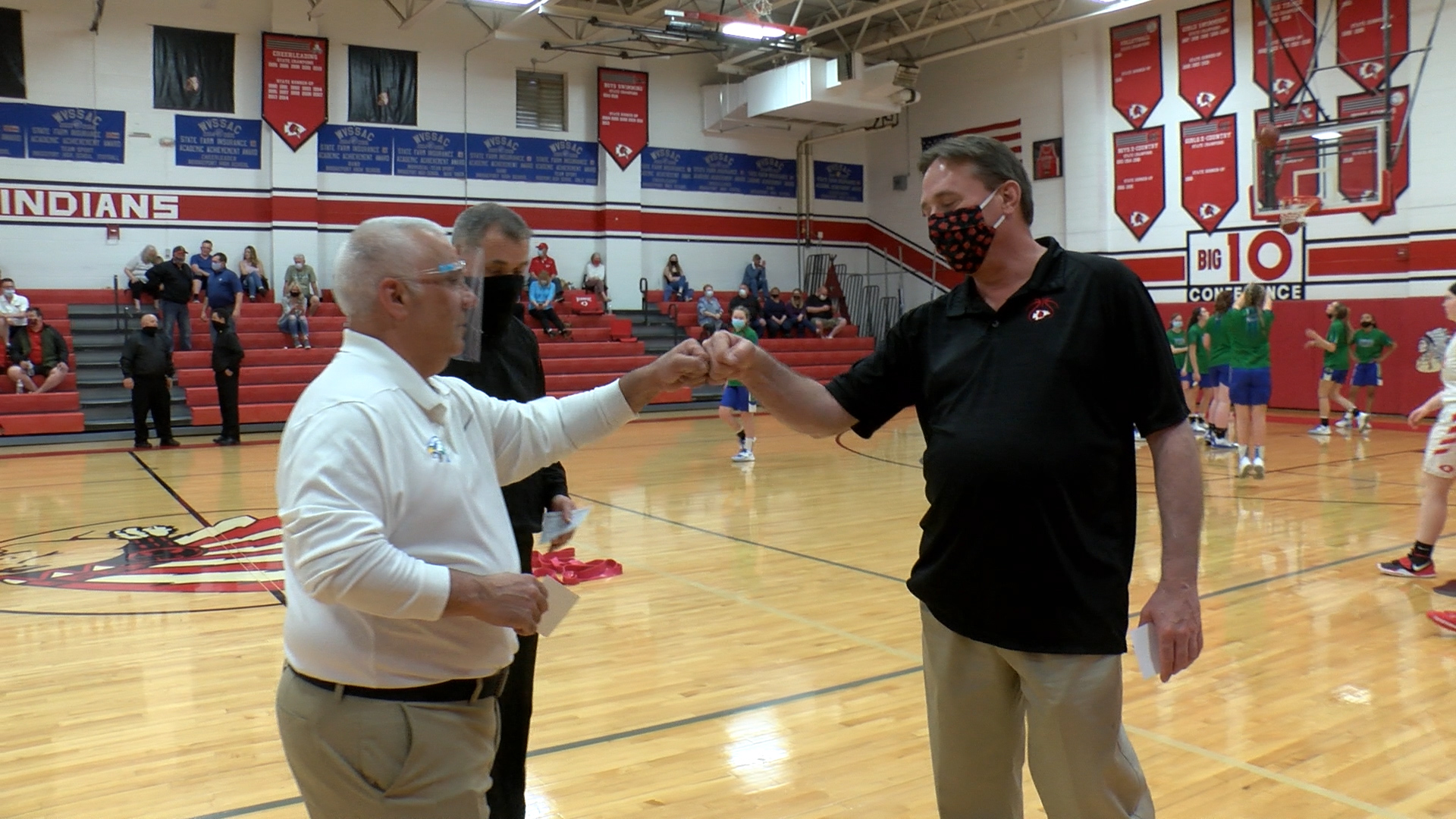 BRIDGEPORT, W.Va. — Bridgeport connected on ten shots from beyond the arc to hold off a stern challenge from county rival Robert C. Byrd, 61-53 Tuesday evening.

The Indians led for the final three quarters of the game and held off a few mini-runs from the Flying Eagles to win their eighth game of the season.

Bridgeport led 26-18 at halftime and built a double digit lead at the end of the third quarter, 44-33. RCB closed the gap to eight points at the five-minute mark but could not close the gap any further.

Despite their 8-4 record, Bridgeport is the No. 4 seed in their four-team sectional tournament next week. The Indians open with 2020 Class AAA semifinalist University. Buckhannon-Upshur and Preston will meet in the other sectional semifinal.

“They know that even though we have been beaten by the two teams we have played in the section, we could have won either game,” Pierson said. “We just need to be more composed. We are a bit more composed than we were a week ago.”