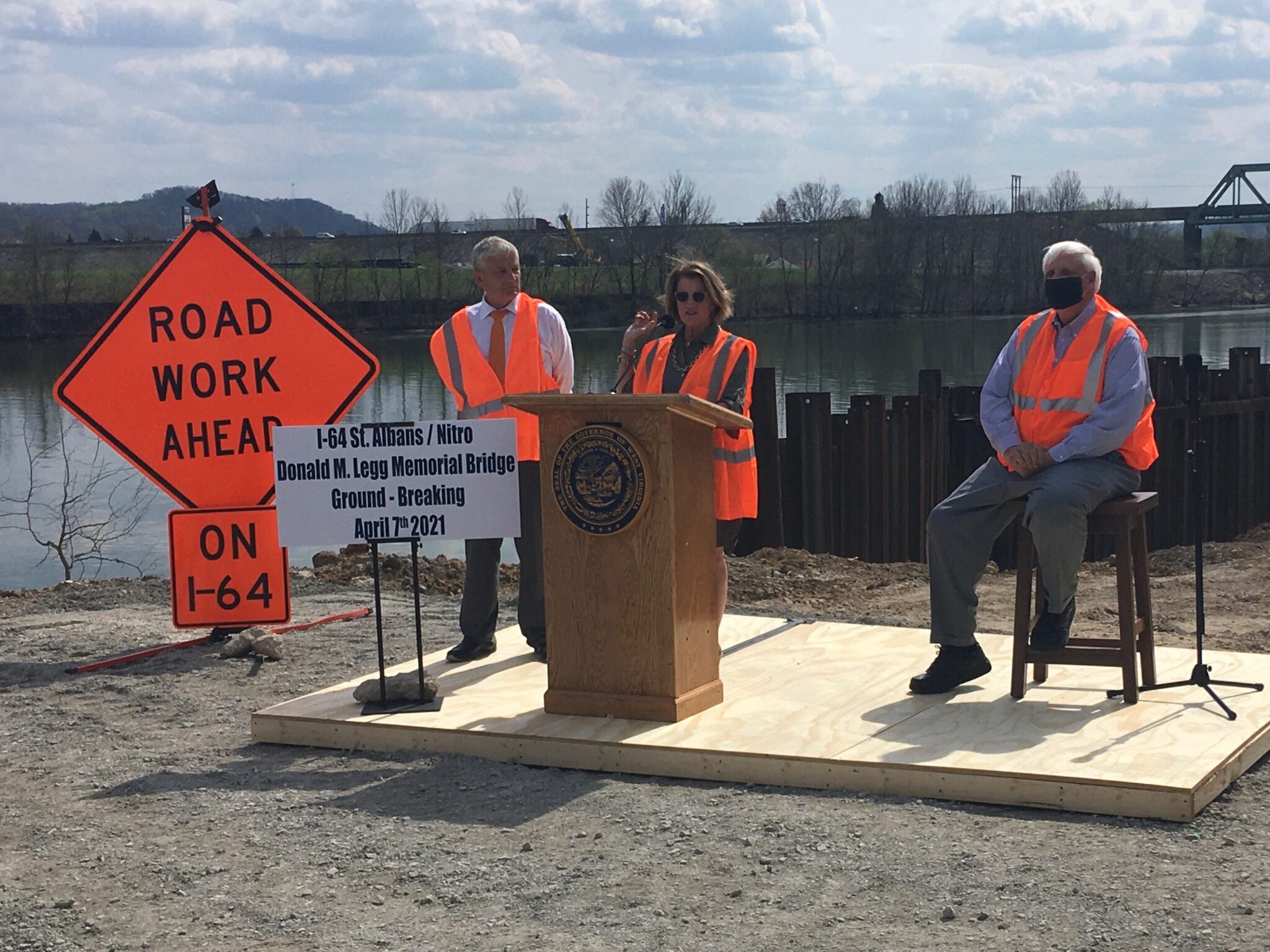 NITRO, W.Va. — After being first announced in late 2019 and initial plans delayed by the COVID-19 pandemic, state leaders and federal officials broke ground on Wednesday in Winfield to mark the beginning of construction on the I-64 Nitro/St. Albans Bridge project.

The $225 million project on the bridge also known as the Donald M. Legg Memorial Bridge, is slated to begin in days and be finished by October 2023.

The makeover is part of Gov. Jim Justice’s Roads to Prosperity project.

“Everyone you look across this state, in all 55 counties, you see roads being fixed and all kinds of activity,” Justice said on Wednesday.

The project is calling for a new bridge over the Kanawha River and widening of the interstate in Putnam County from four to six lanes total. The additional lanes will be used by traffic eastbound and westbound from the Nitro exit to not far from the Scott Depot exit.

“The I-64 corridor is a critical thoroughfare for commuters going to work, travelers passing through the Kanawha Valley, and for the transport of goods,” Capito said in a release. “I’m proud to have played a part in securing the funding for this important development that will reduce the bottleneck for traffic between Charleston and Huntington.

“These are the kinds of real infrastructure improvements, ones that rebuild our roads and bridges, we need to be prioritizing. By focusing on core infrastructure projects like this one we can responsibly advance projects that promote economic growth and revitalize America.”

State Deputy Highways Commissioner Jimmy Wriston said the improvements made on the entire project will provide another 100 years of service life to travelers.