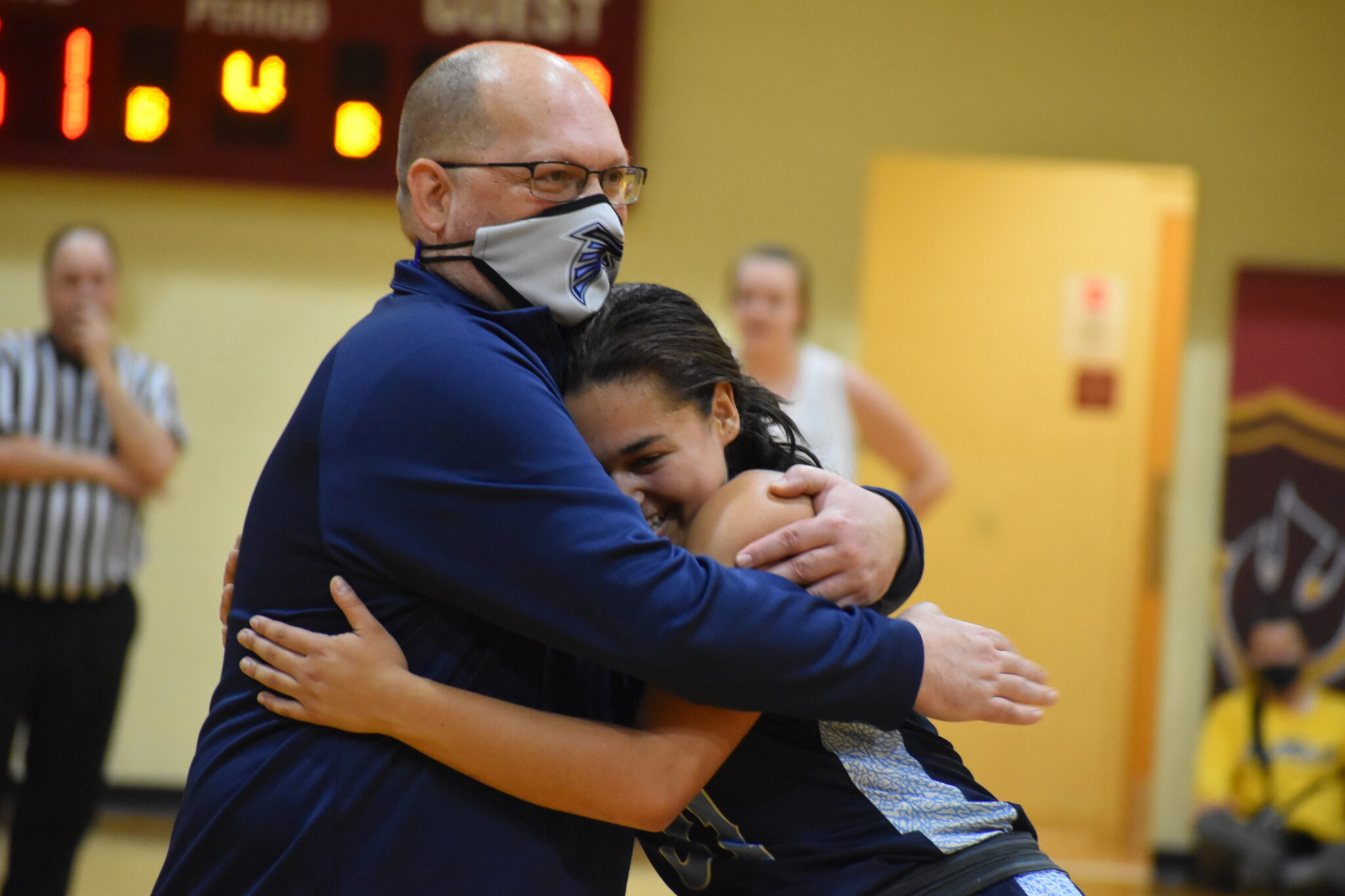 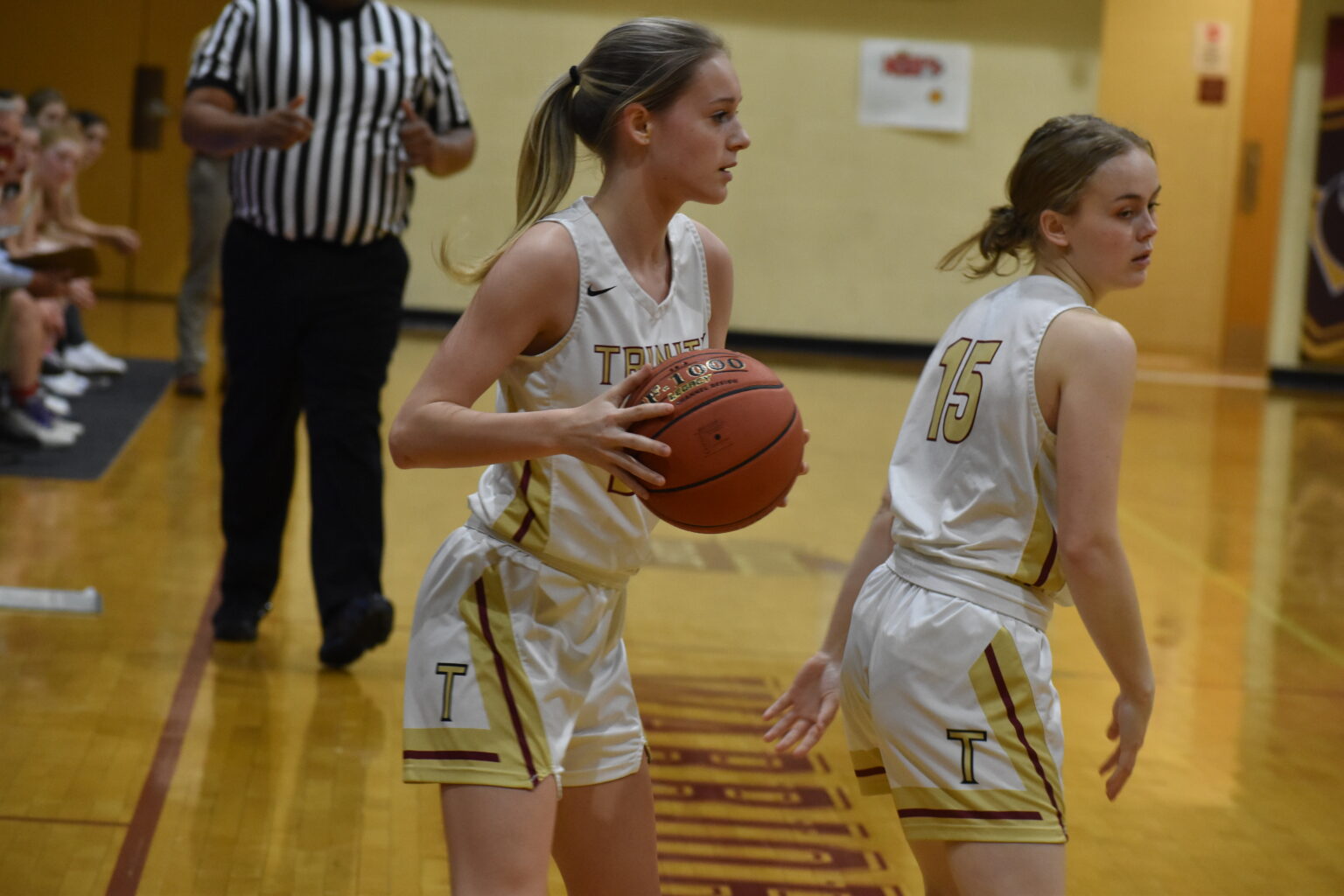 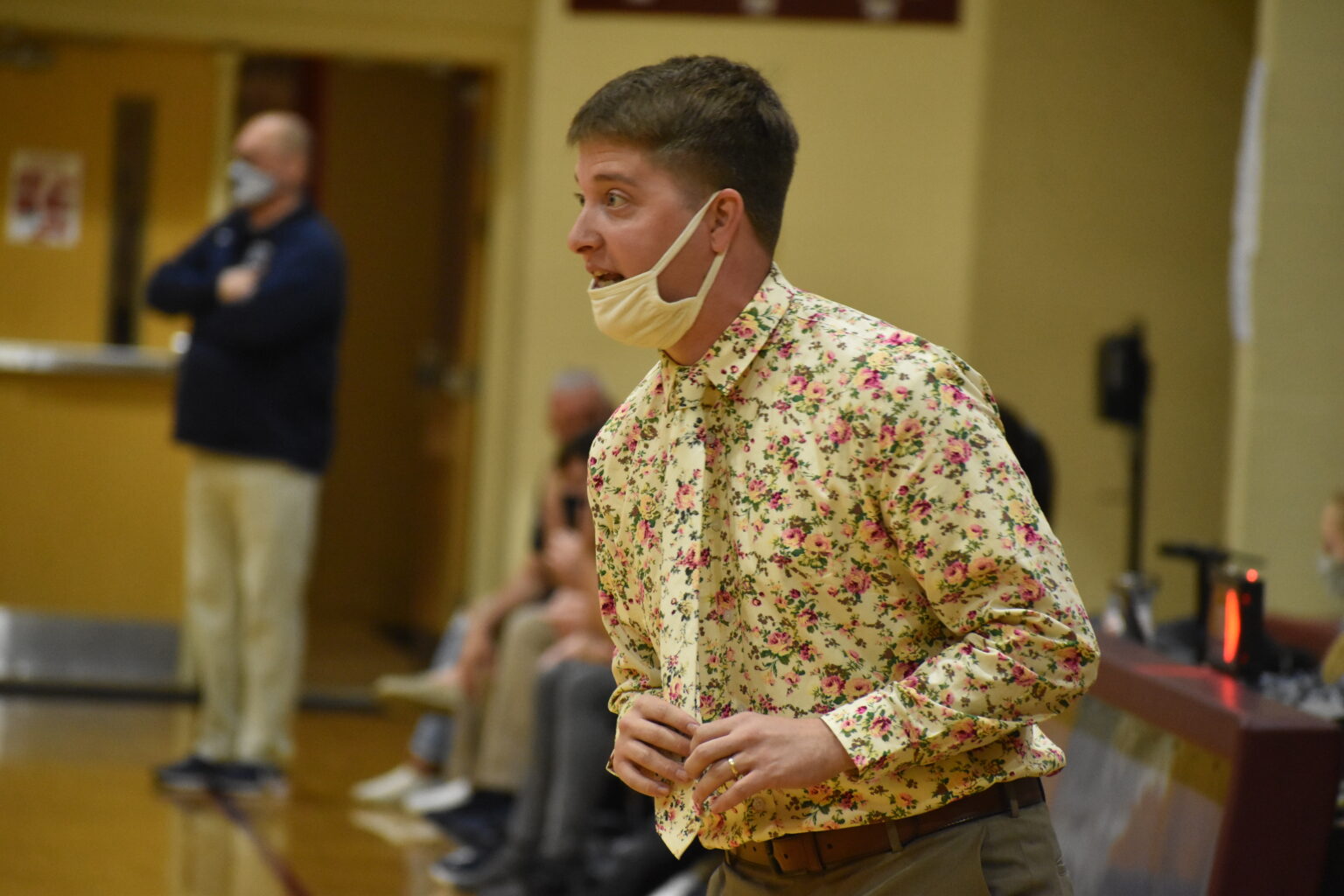 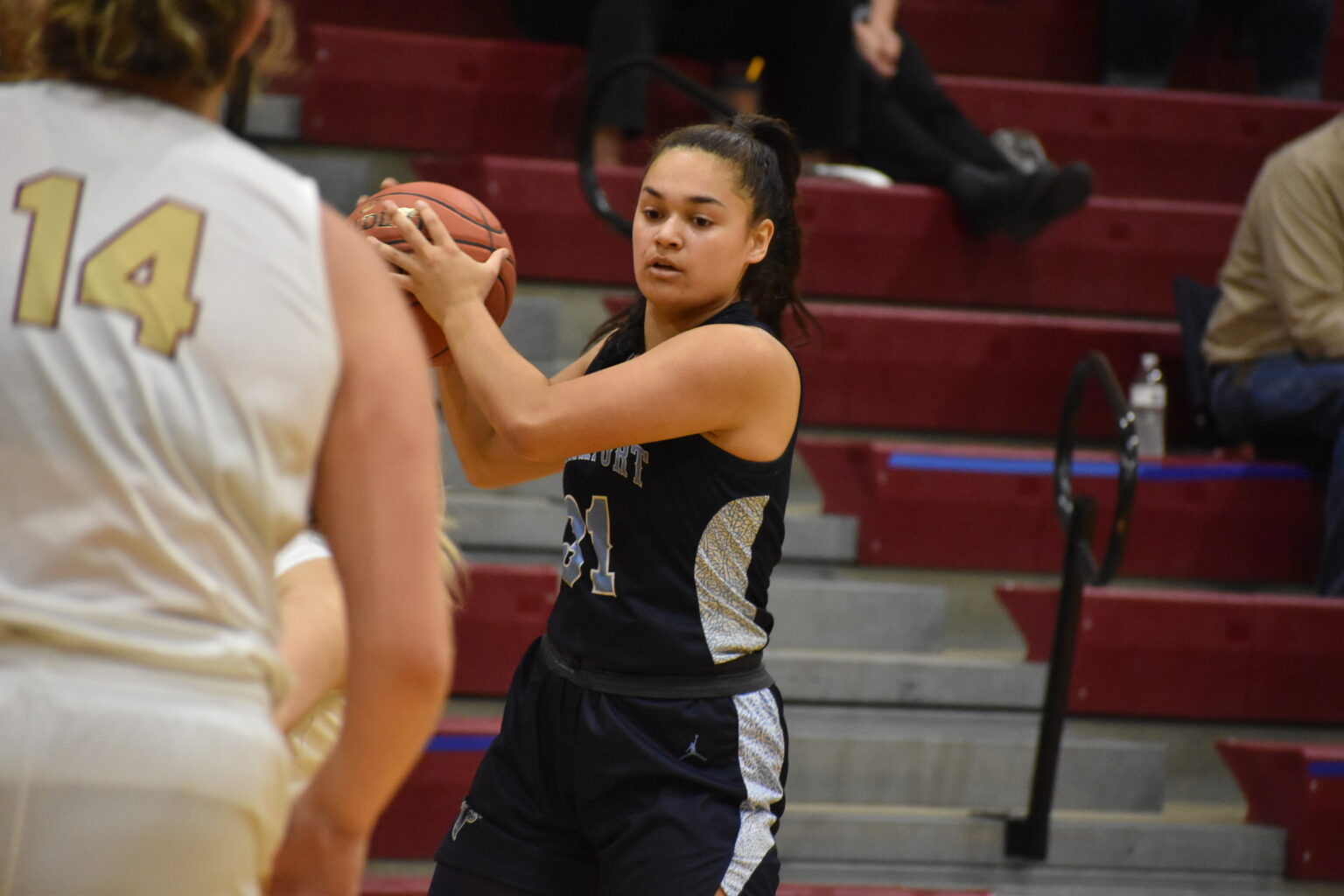 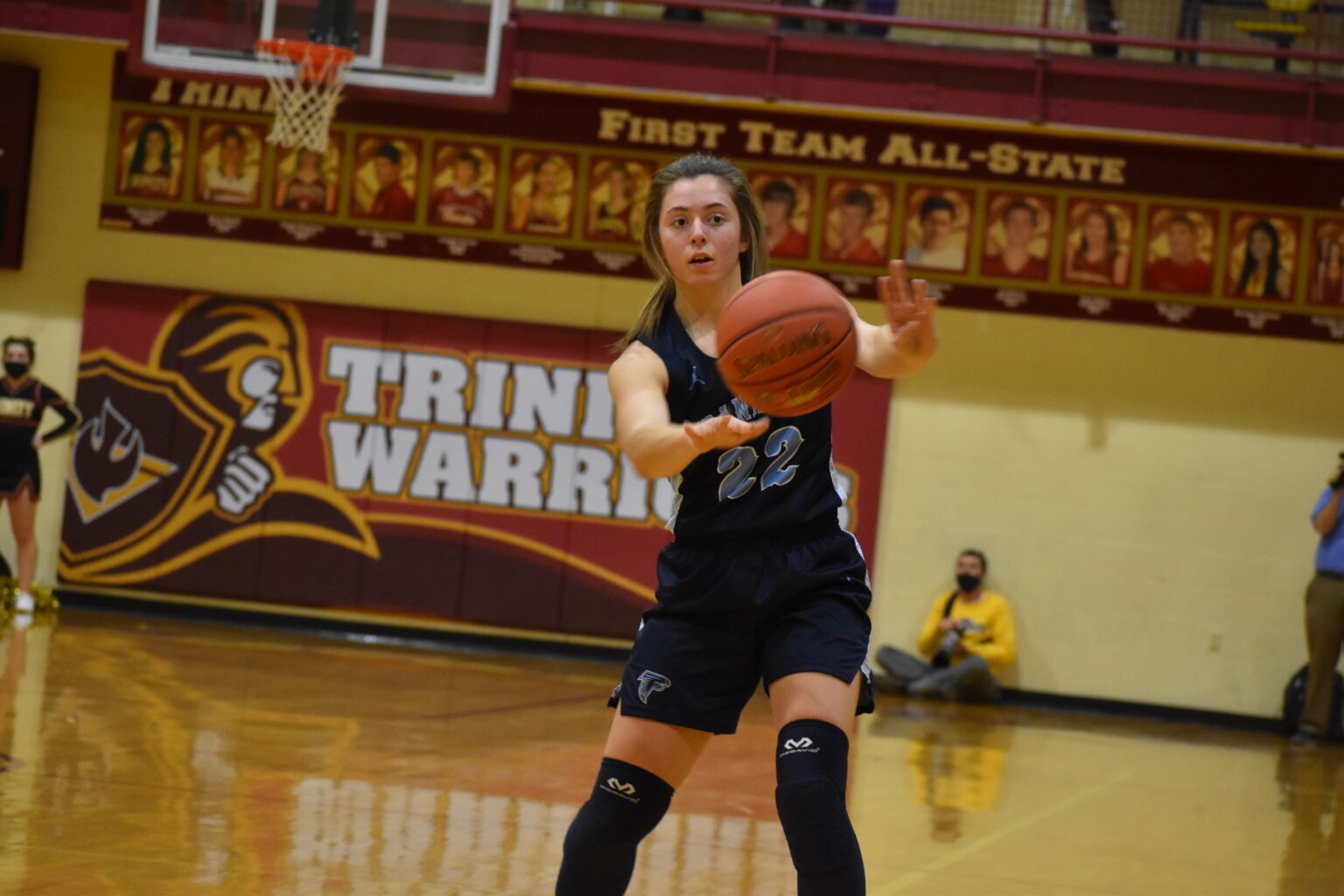 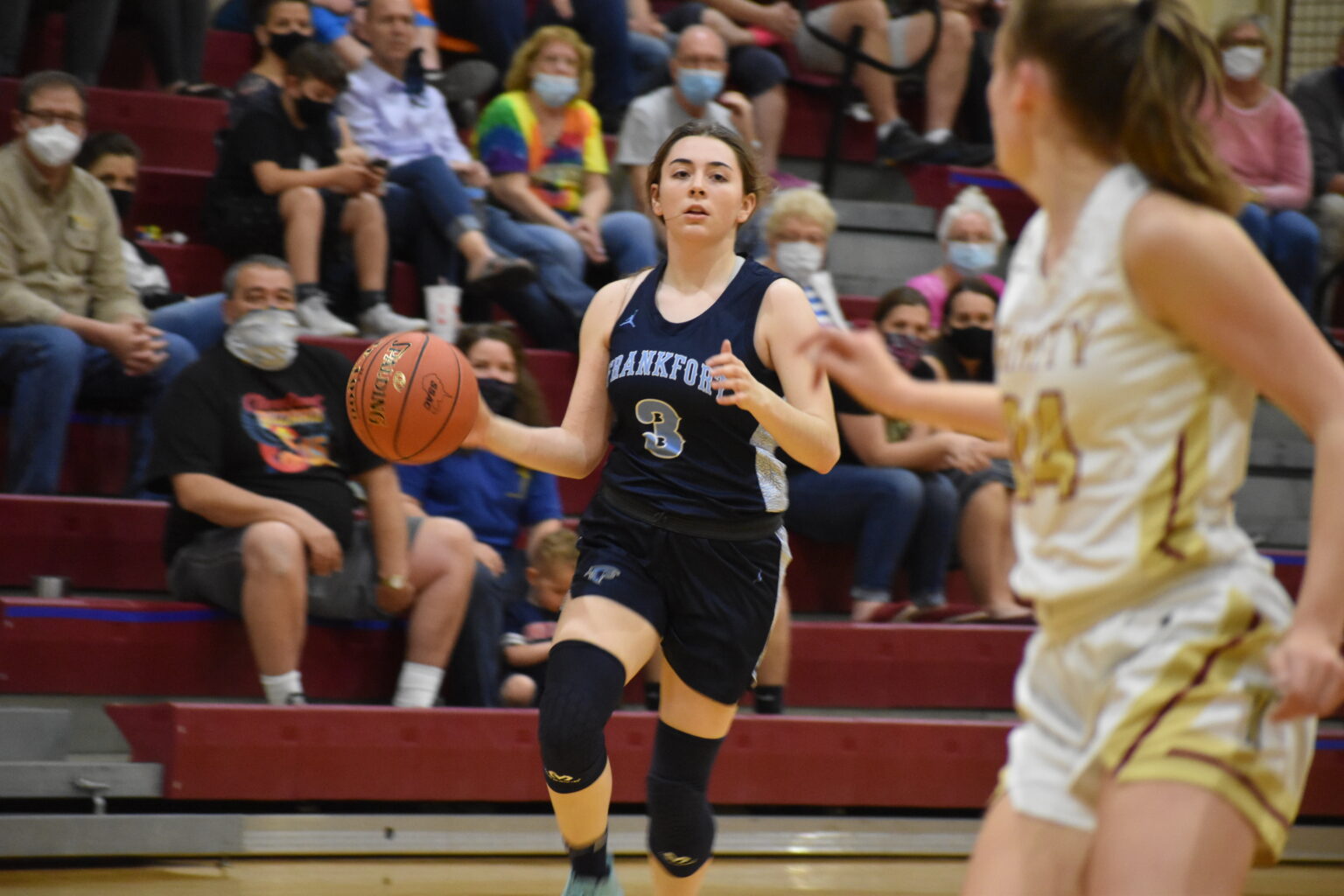 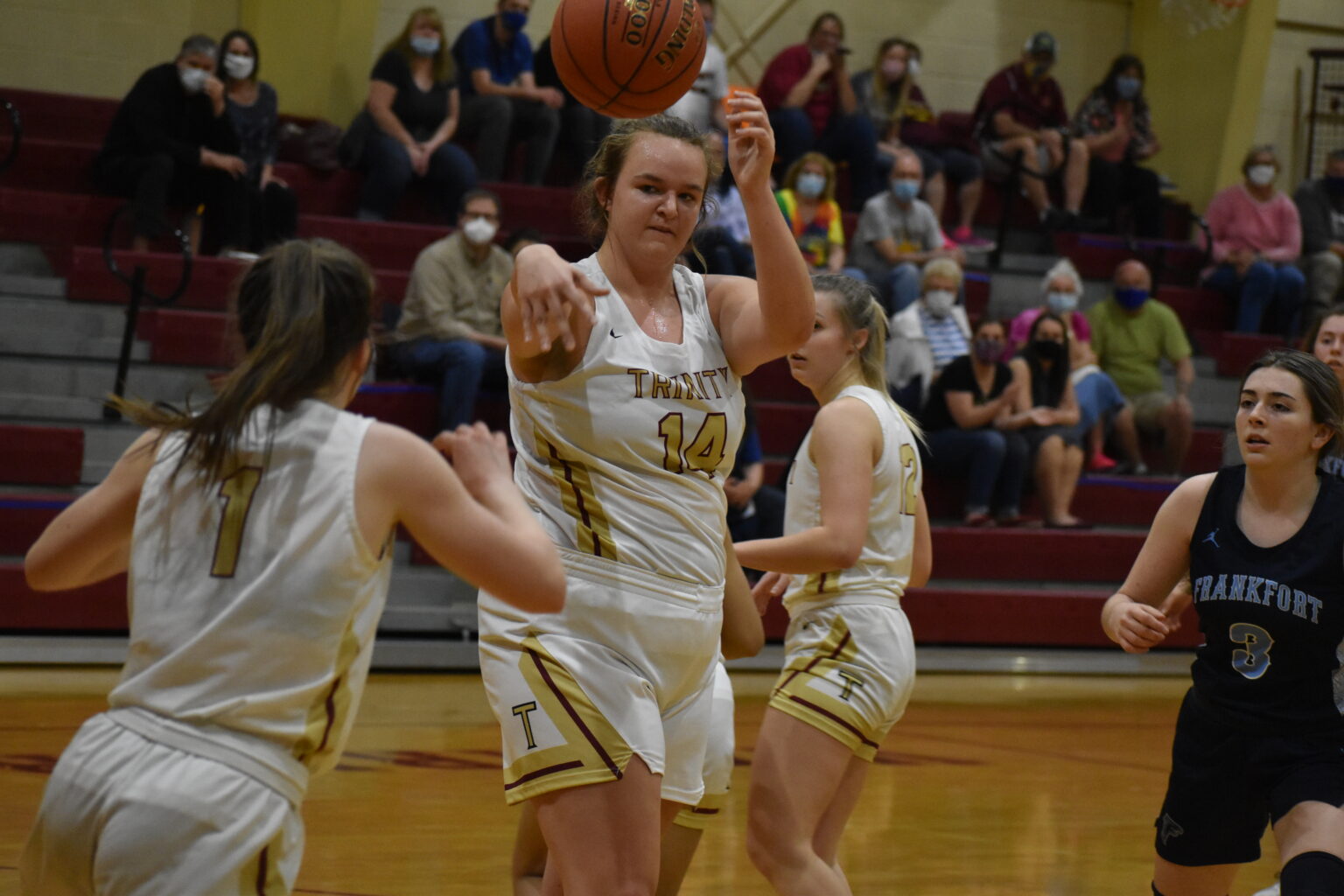 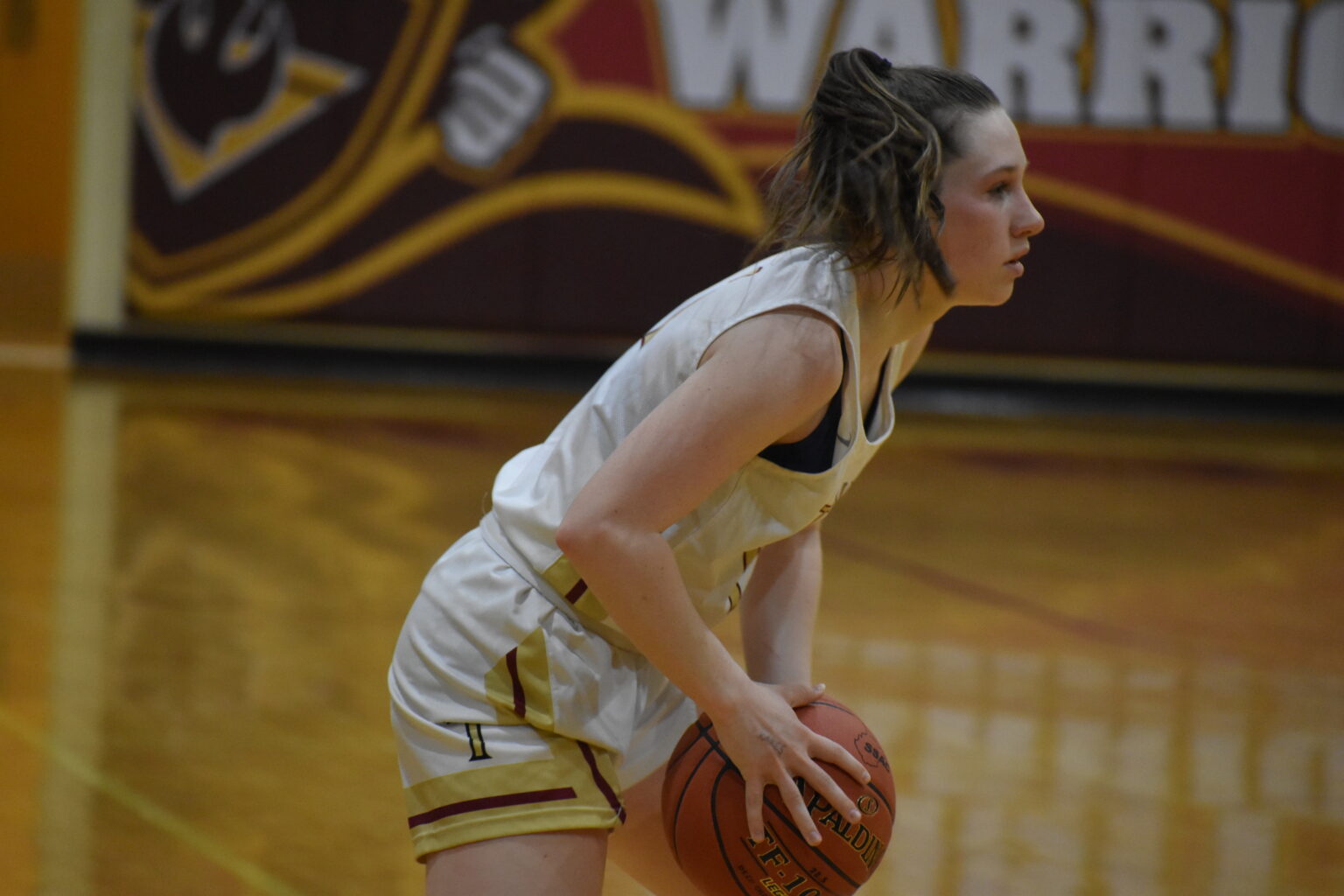 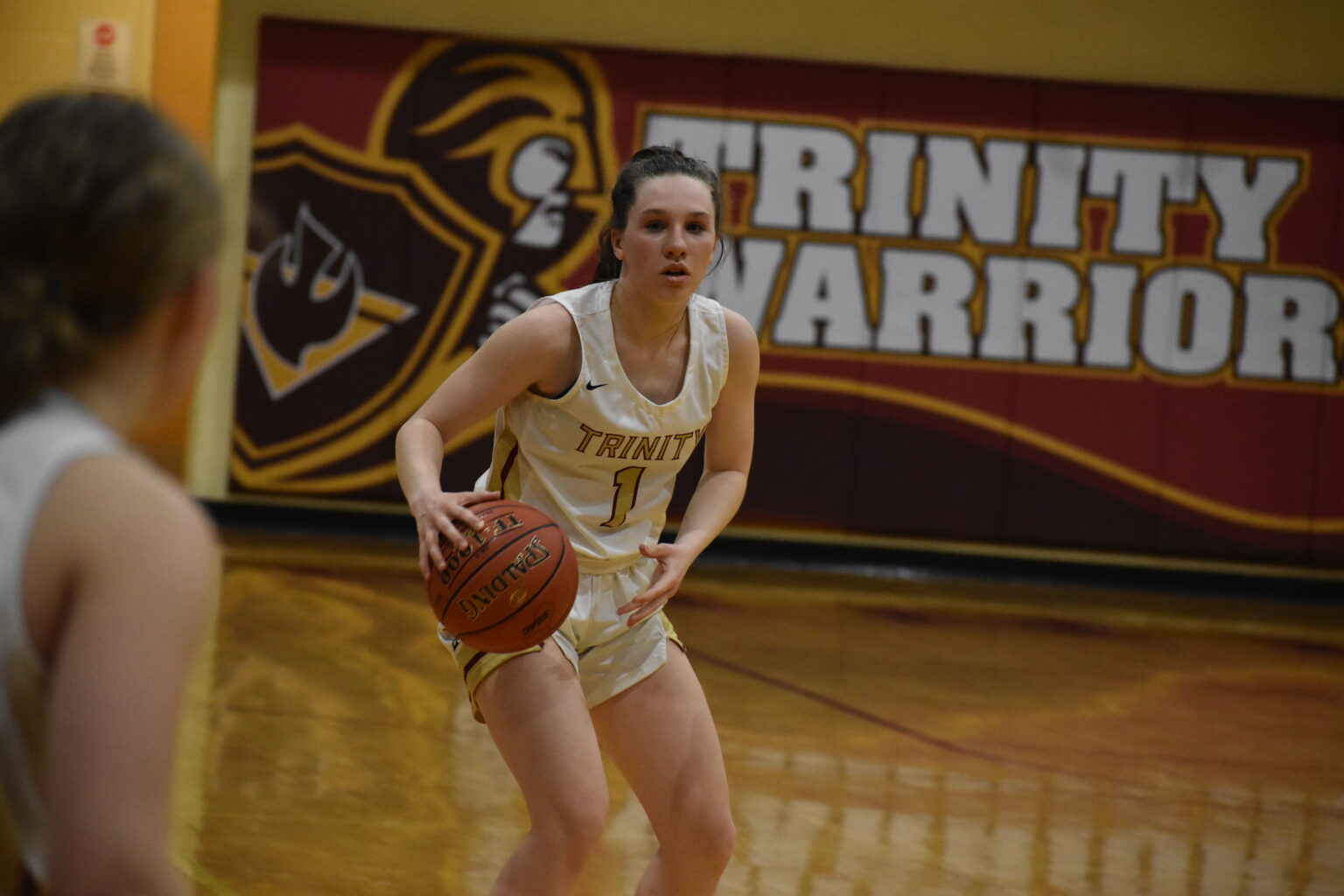 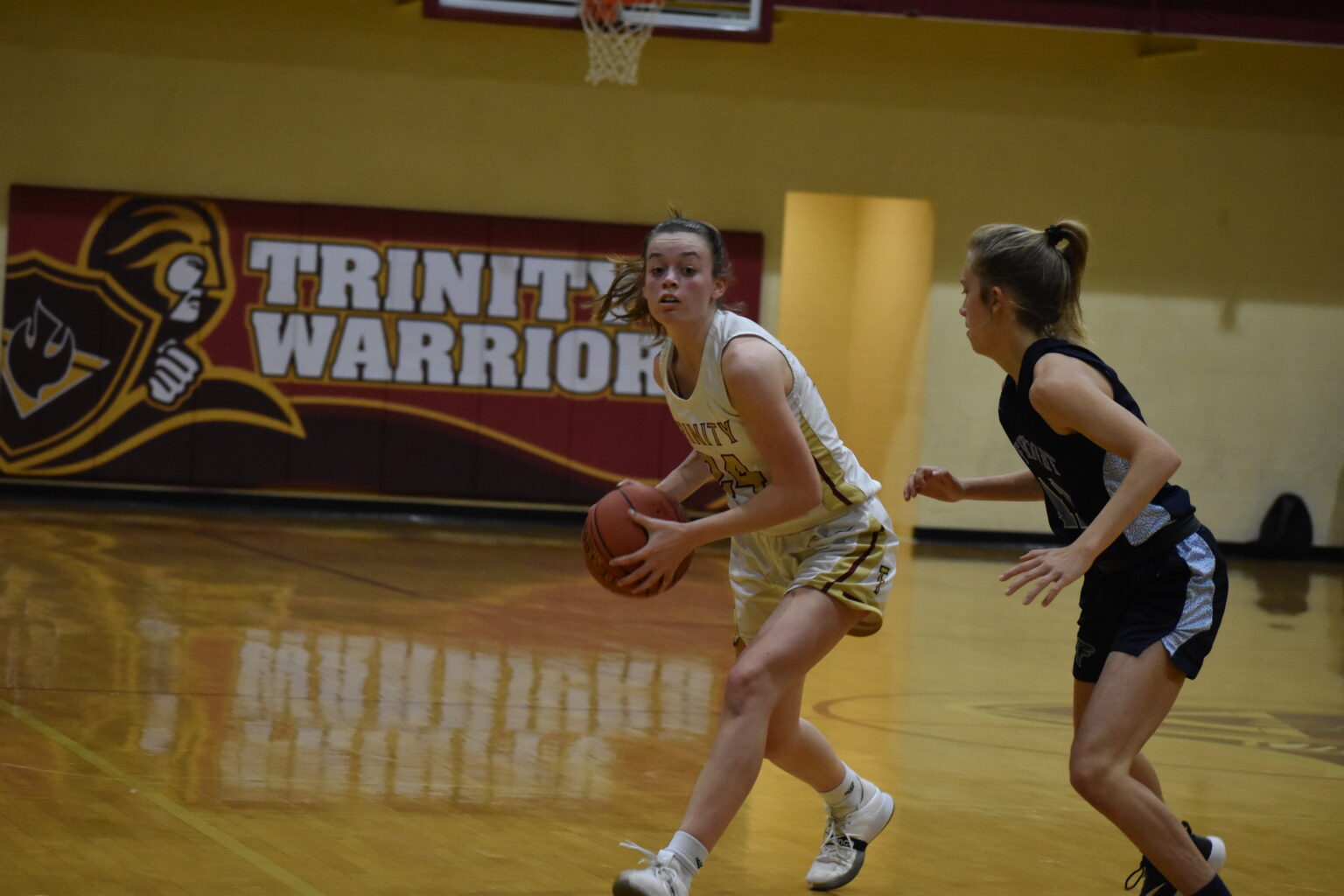 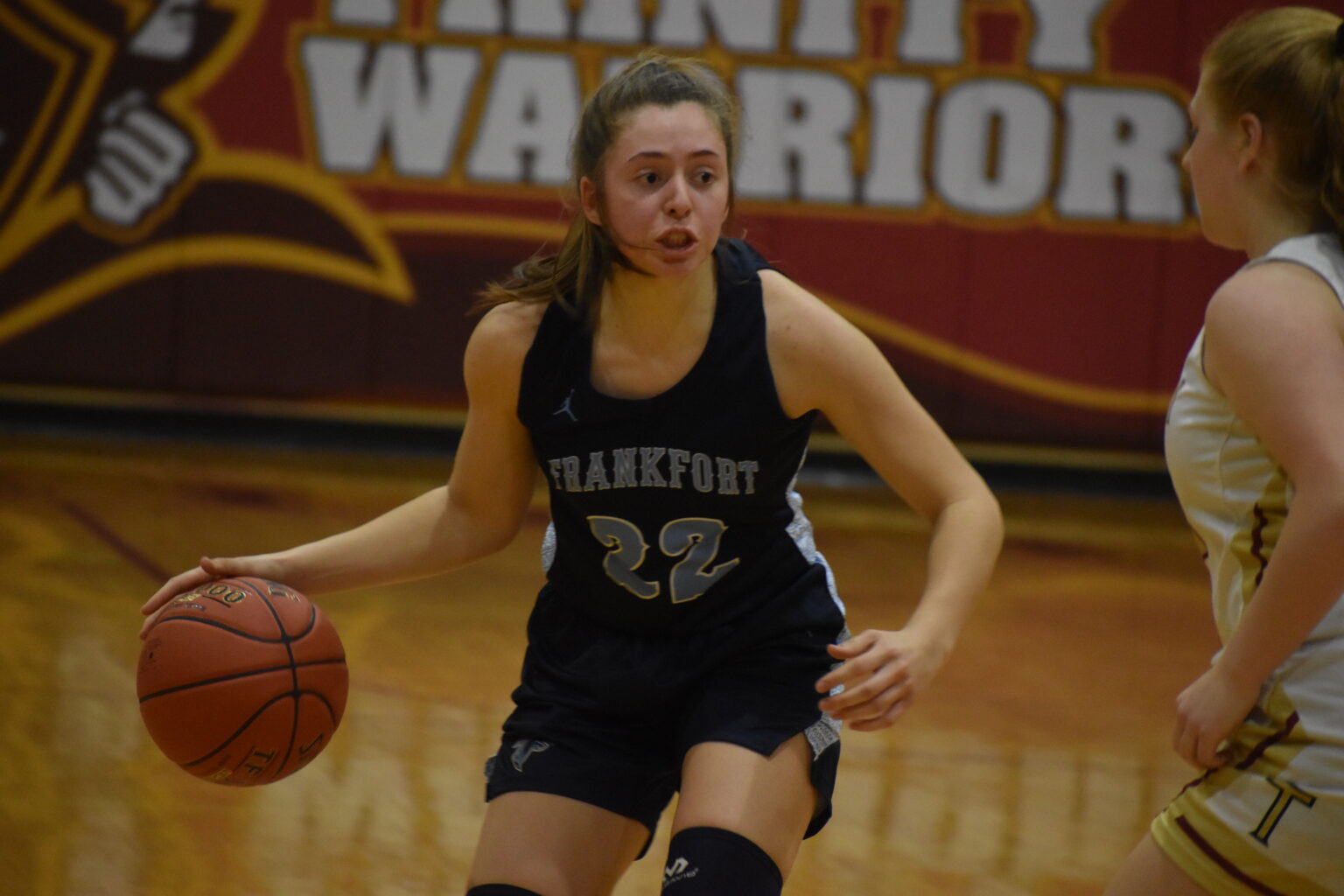 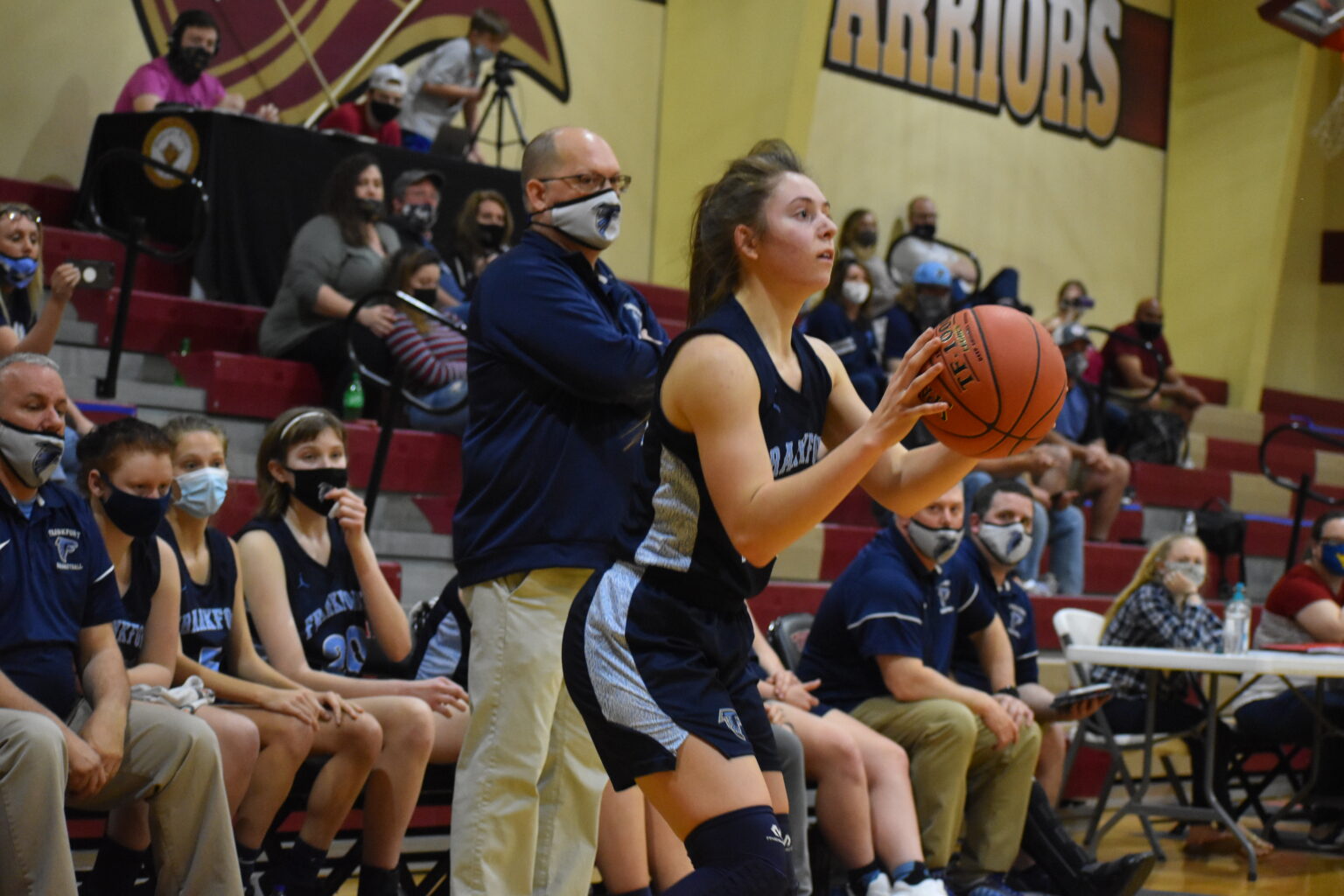 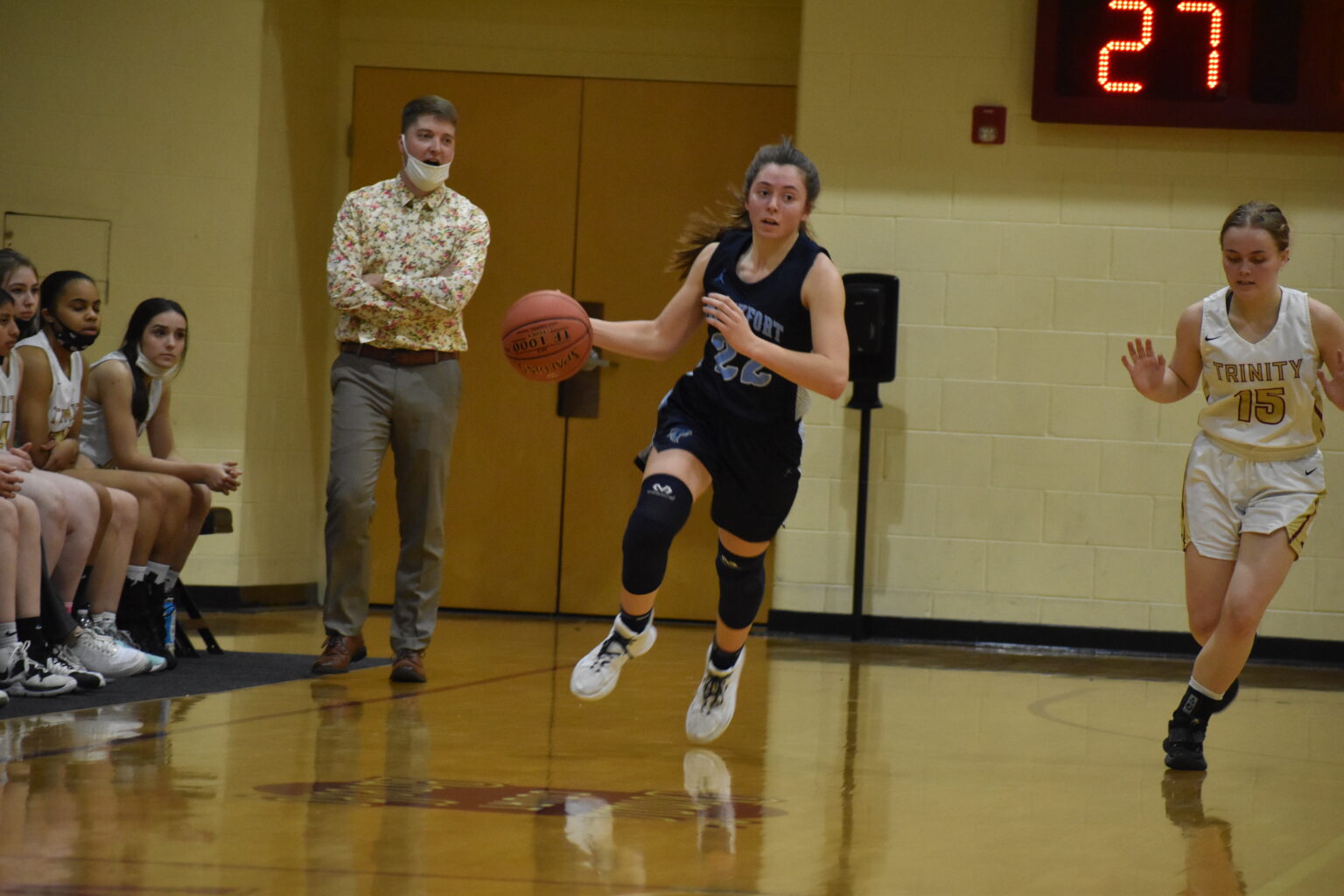 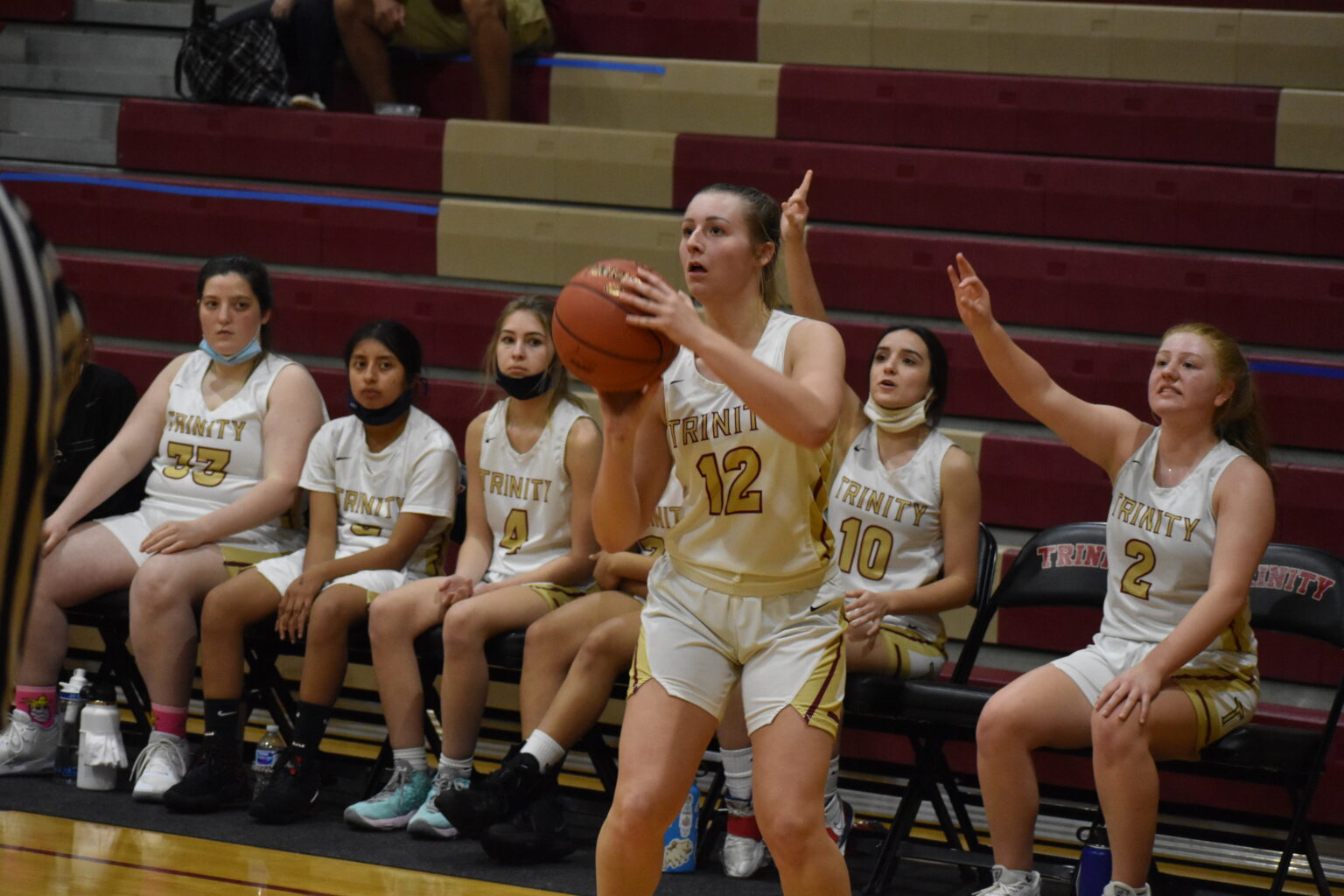 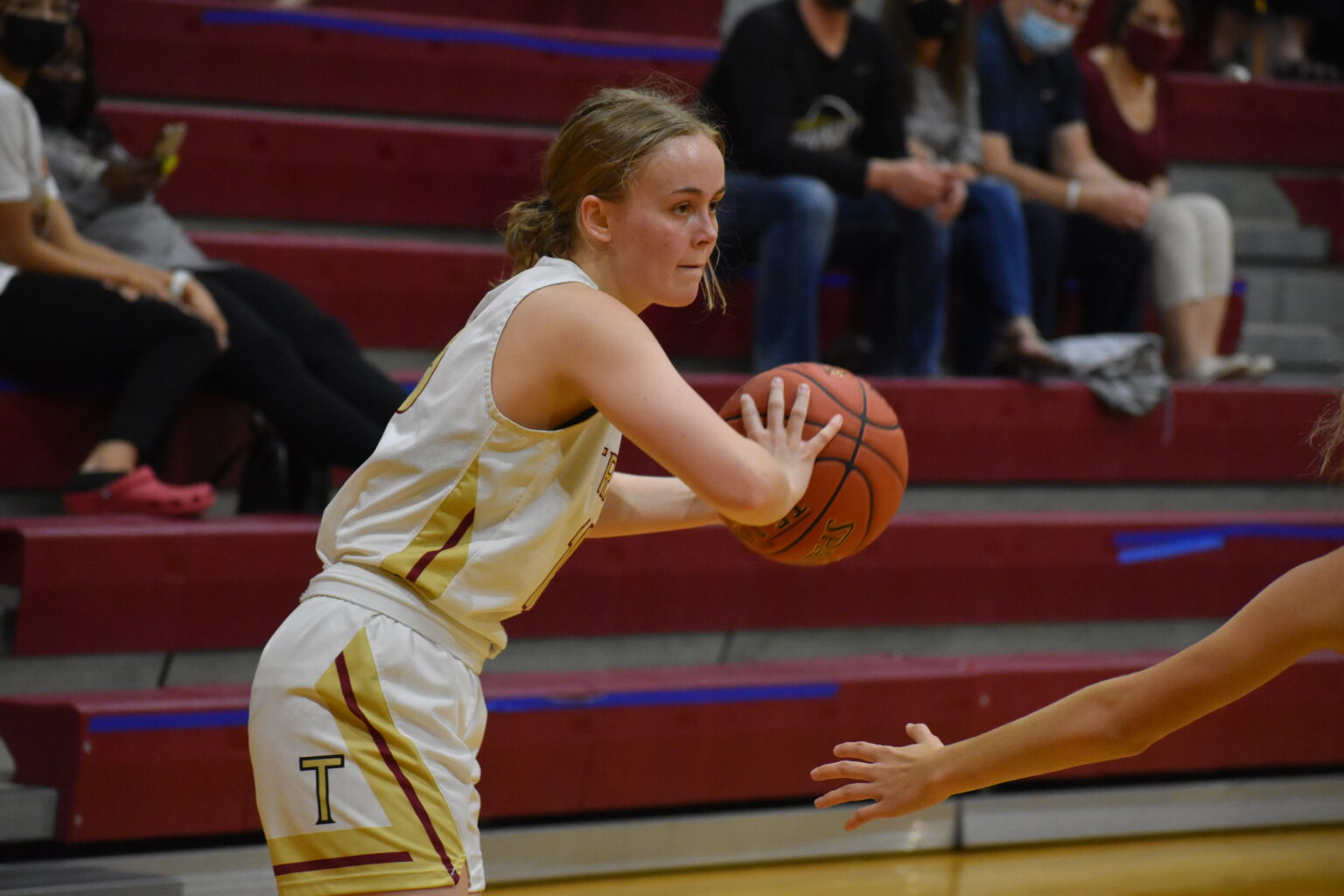 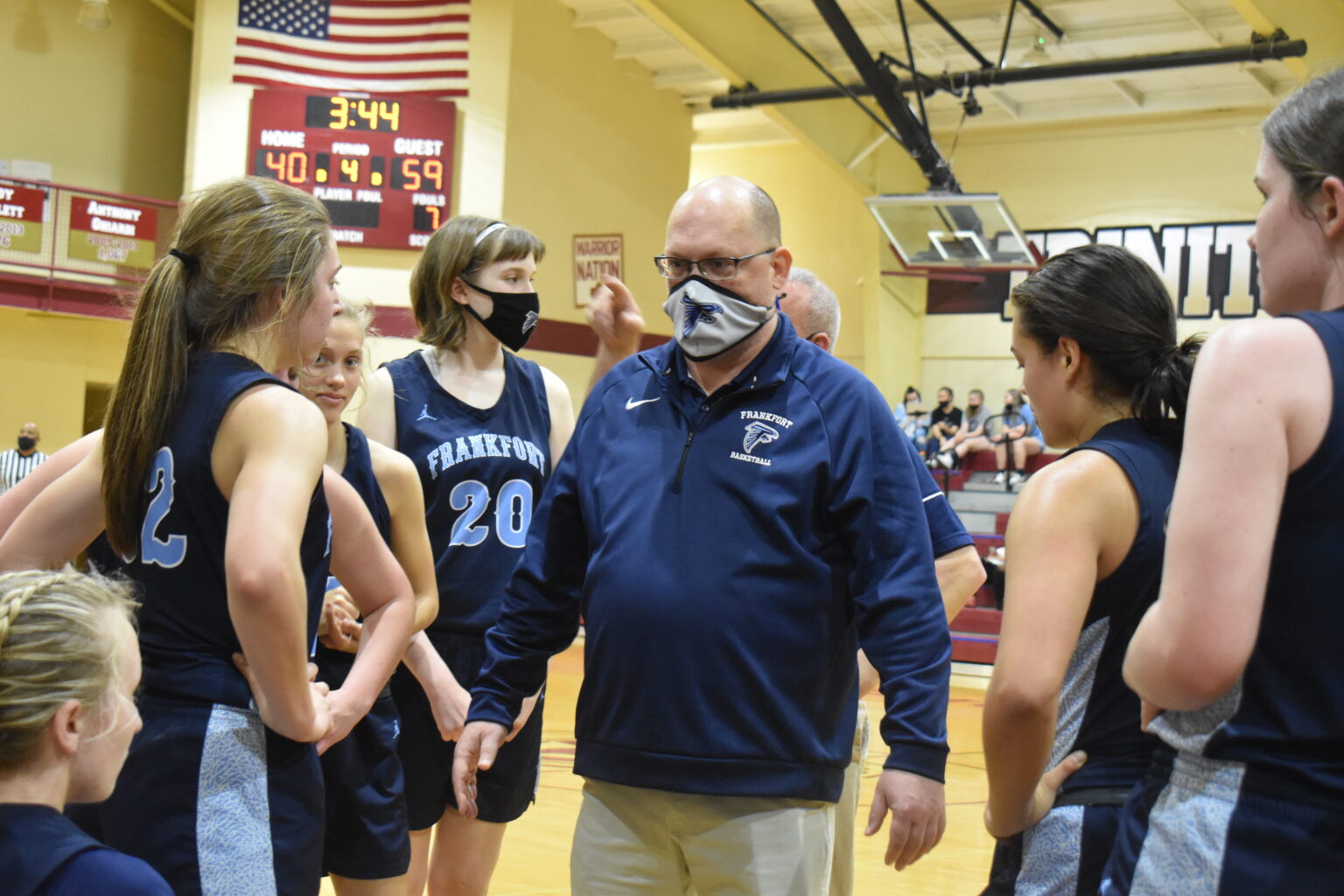 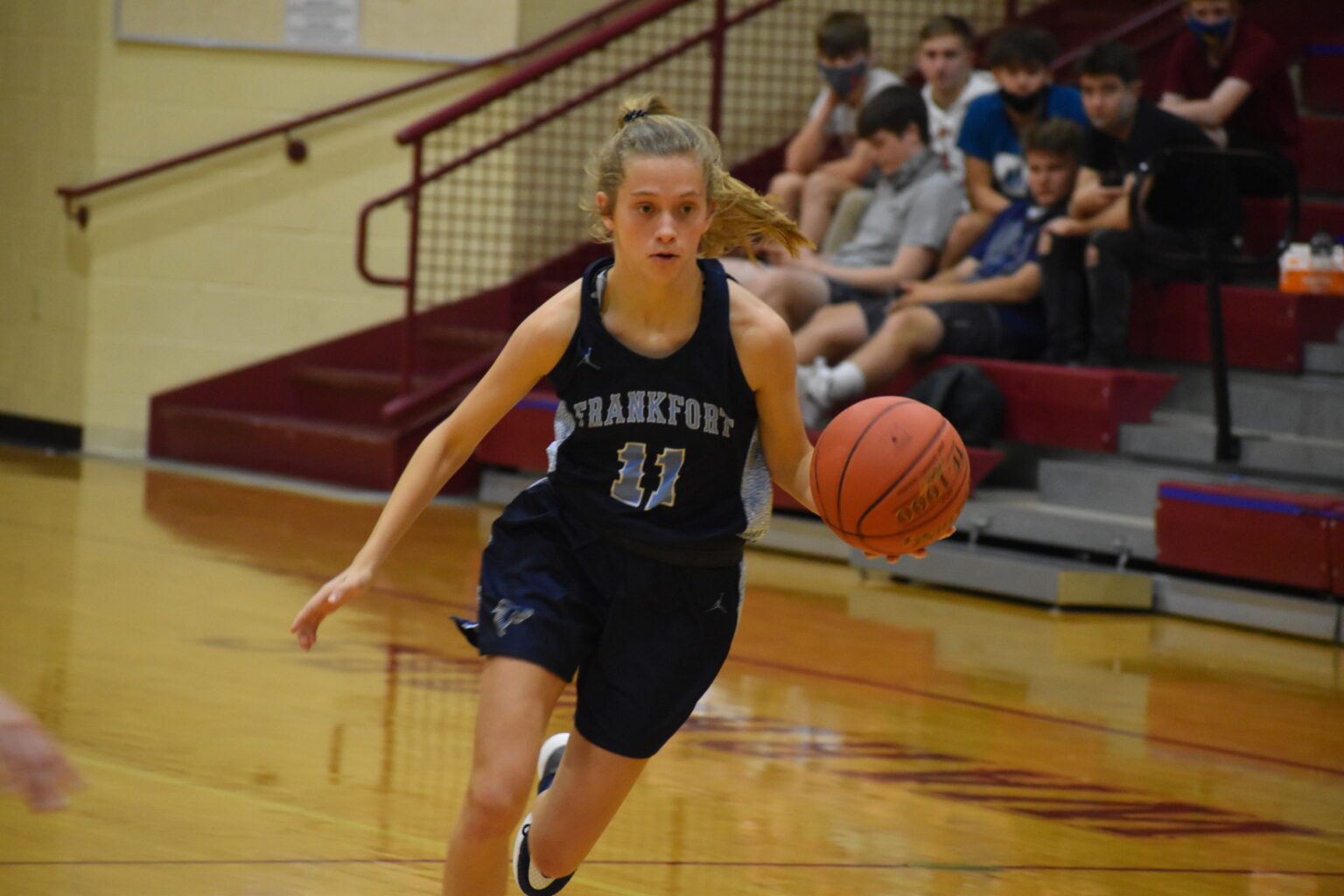 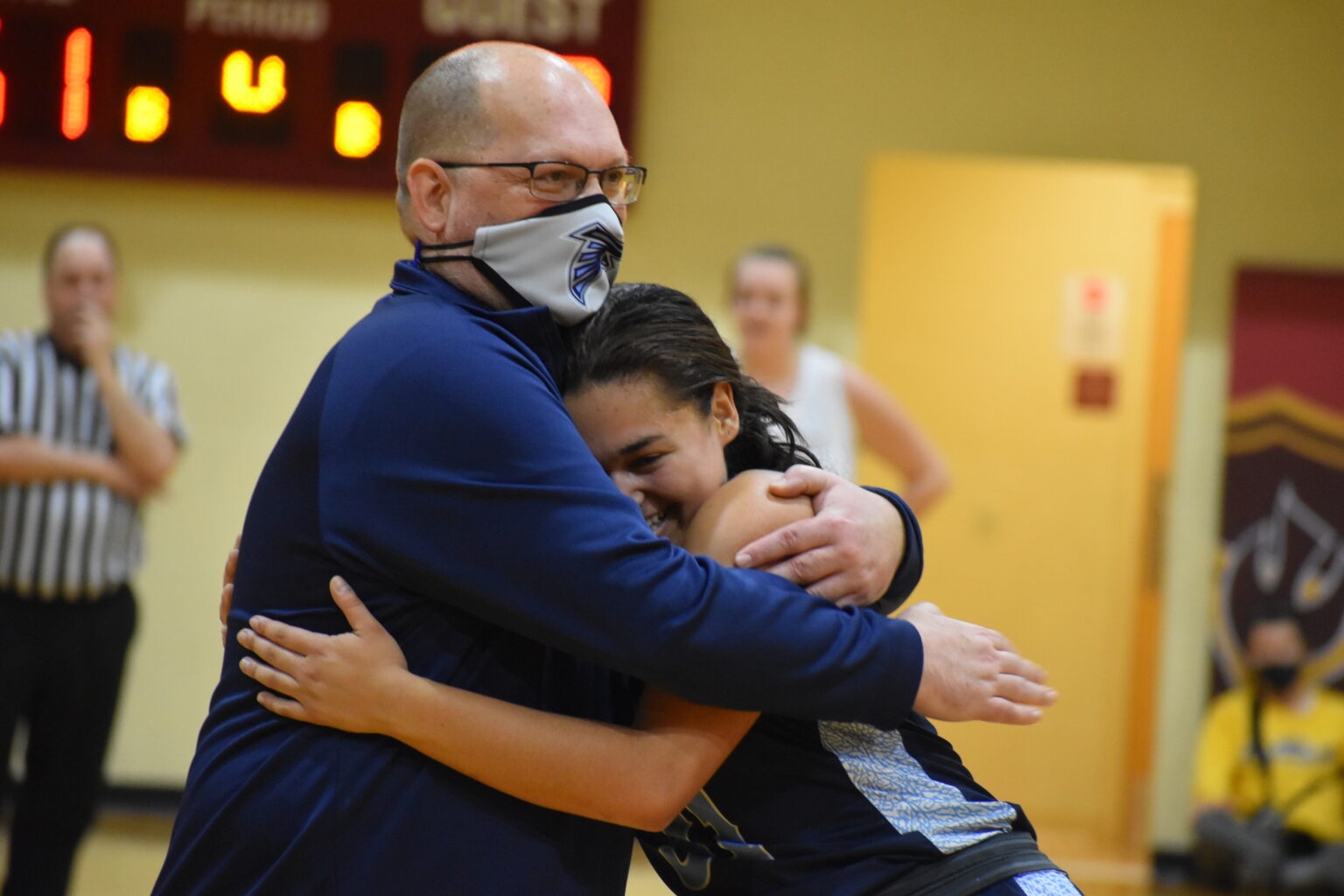 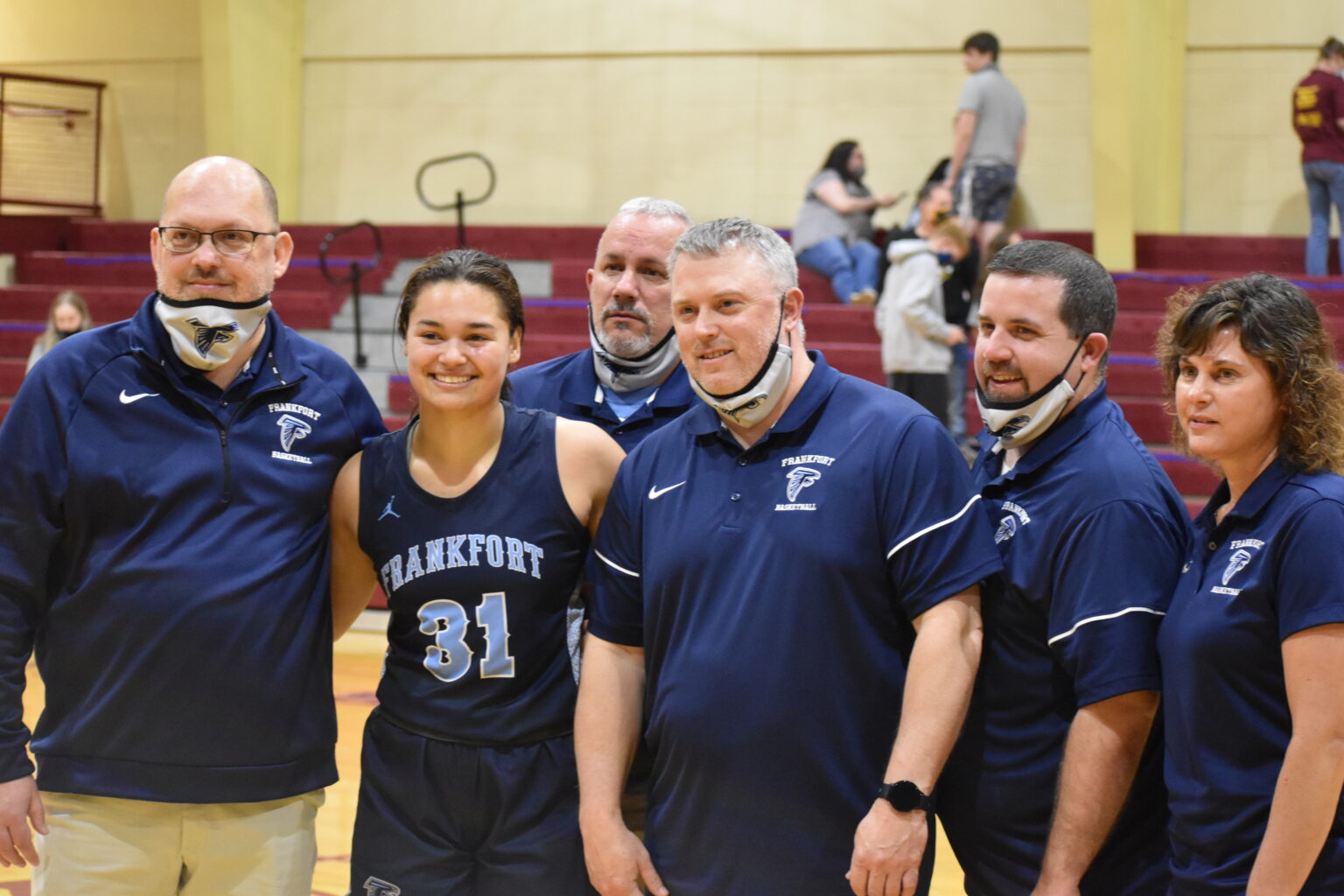 Frankfort's Maria Perdew scored her 1,000th point in a win over Trinity (Photo by Teran Malone)

MORGANTOWN, W.Va. — Leading by just three points at halftime, Frankfort dominated the third quarter en route to a 68-53 win at new regional rival Trinity Thursday evening. The Falcons led 28-25 at the intermission but used an 11-2 run to open the third quarter and they held a double-digit lead for most of the second half.

“We just had to find our legs,” said Frankfort head coach Michael Miller. “We have been running a lot here recently, trying to prepare ourselves for the home stretch. We came out a little sluggish and a little tired. We did some substitutions, a lot more than we usually do. Mostly, it was committing to the defensive side of the ball.”

Junior guard Maria Perdew led all scorers with 28 points. A pair of free throws in the fourth quarter allowed her to hit the 1,000-point mark for her career.

“28 is a big number. We knew it was attainable. We’ll celebrate it with her the best way we can the next game or at home.”

Despite heavy graduation losses, Frankfort has posted an 11-2 record with one regular season game remaining at Wheeling Central Catholic Saturday.

“They have played in some big games with some good competition. We are prepared. We just have to cut down on our turnovers a little bit. That comes with youth and inexperience. They are starting to grow up a lot and I am starting to like what I am seeing. This team can be dangerous if we don’t turn the ball over.”