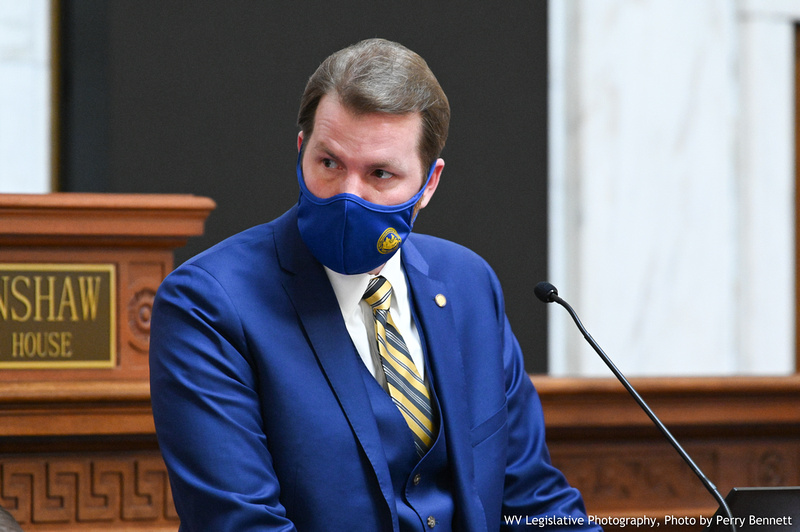 The House of Delegates concurred with changes made to a broad-ranging broadband bill, but the lead sponsor expressed irritation.

“We’re going to move to concur,” said Delegate Daniel Linville, chairman of the House Technology & Infrastructure Committee. “But Mr. Speaker, I will not back down. I will not quit.”

The House of Delegates agreed with Senate changes and passed the bill 99-1 one final time, completing legislative action. The bill now goes to the governor.

Linville was peeved about a long gap in Senate consideration of the bill, which culminated with rejection of an amendment that would have established several funds to direct public investment.

Senator Robert Plymale, D-Wayne, had proposed an amendment establishing the funds aimed at financial improvements for broadband service. They would have been vessels to allocate future funding from the state or federal government.

Senators early on Friday voted in favor of the amendment. Then in the evening, they reconsidered and voted it t down.

Linville said complaints had arisen by internet companies who contended “open access” hadn’t been well-defined in the amendment. Debate on the Senate floor had focused on vaguely-described complaints from industry and had to do with private companies believing they could wind up competing against projects backed by public dollars.

“Simply by offering an amendment to lay the foundation for how dollars may be spent, the Senate garnered intense industry opposition,” said Linville, R-Cabell. “They think because we need this so desperately they can write the legislation.”

He also objected to reaching final passage of a priority broadband bill on the evening of Day 60.

“We’ve got a good bill but it could have been better,” Linville said. “I hope that fixing the damn internet will be the priority we all say it is.”

News
Hospitals see no indications of slow down with new pandemic high for patients
Staffing issues continue to be top concern.
By Jeff Jenkins
News
Ihlenfeld leads formation of unit to combat healthcare fraud
Force includes parties from the local, state and national level.
By MetroNews Staff
News
The Dickinson Group to look at solar, wind, reforestation projects in West Virginia
The group has partnered with Edelen Renewables from Kentucky.
By MetroNews Staff
News
Federal agencies release report on Martinsburg PFAS presence
The U.S. Centers for Disease Control and Prevention and the federal Agency for Toxic Substances and Disease Registry studied the human impact of polyfluoroalkyl substances in Martinsburg and Berkeley County.
By MetroNews Staff
View AllHoppy's Commentary