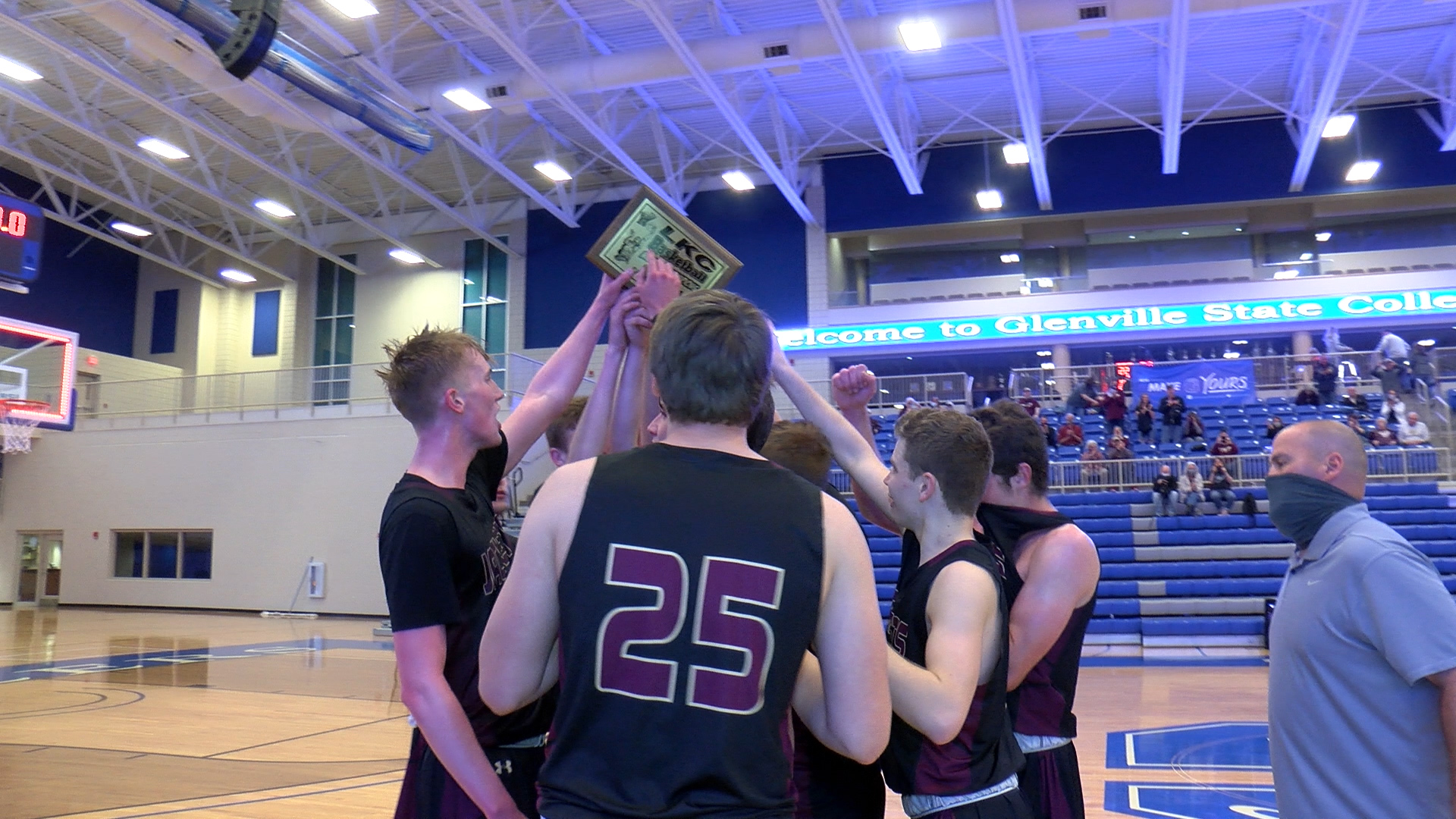 GLENVILLE, W.Va. — Williamstown completed a successful title defense of their Little Kanawha Conference championship with a 55-44 win over Clay County in the LKC Night of Champions at Glenville State College’s Waco Center.

The Yellowjackets used a 7-0 run in the first quarter to take a lead they would never give back.

“We can definitely get better. We have areas to improve on. We are going to try to do that for the stretch run over the next month.”

The Yellowjackets used a zone defense for most of the final three quarters and held the Panthers to just nine points in the second quarter and eight in the third.

“They were getting downhill on us a little bit and we had some early fouls. We wanted to limit those fouls but contest their three-point shooters in the zone. The bad thing about that is sometimes you lose a box out. But I thought our guys really did a good job rallying to the ball a limiting touches for (Curtis) Litton in there. He is a heck of a player and they are a heck of a team.”

“We were happy he was able to attack the rim a little bit and get to the foul line. We really, really needed that.”