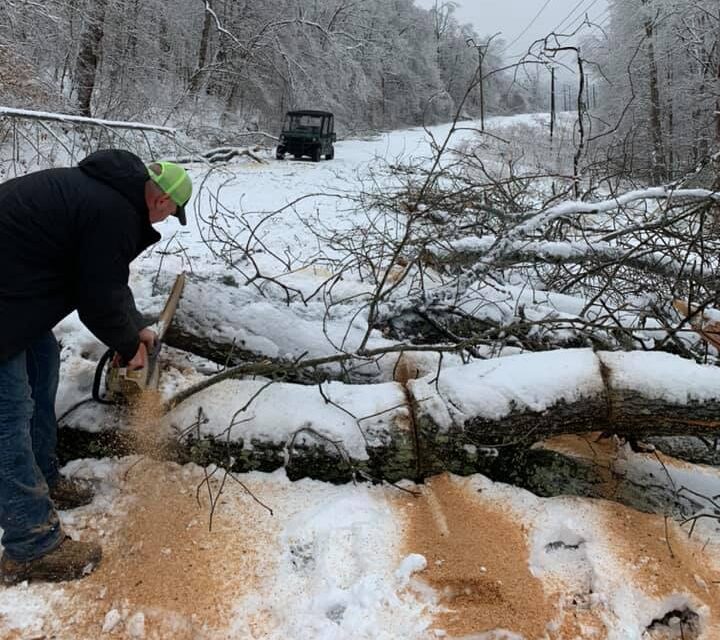 During the first days after the ice storm, there was no way in or out of Wayne because of tree damage.

WASHINGTON, D.C. — All five members of West Virginia’s congressional delegation have their names on a letter addressed to President Joe Biden seeking a federal disaster declaration in connection with winter storms that impacted six West Virginia counties in February.

“This major weather event caused significant loss of essential services, such as power and water access, as well as, significant damage to our roadways, due to downed trees…We commend the tireless efforts that local citizens and first responders put forth during the disaster and in the aftermath to protect our citizens,” the letter said. “Thanks to their heroic efforts, there were no reported injuries or loss of life due to this disaster, despite the ongoing COVID-19 pandemic that has already strained local governments and first responders.”

The storms hit Cabell, Jackson, Lincoln, Mason, Putnam, and Wayne counties during the week of Feb. 10-16. There were thousands of residents without power for several days.

A disaster declaration would bring a response from FEMA and create an opportunity for county governments and the state to be reimbursed for some of the cost in relation to storm response.