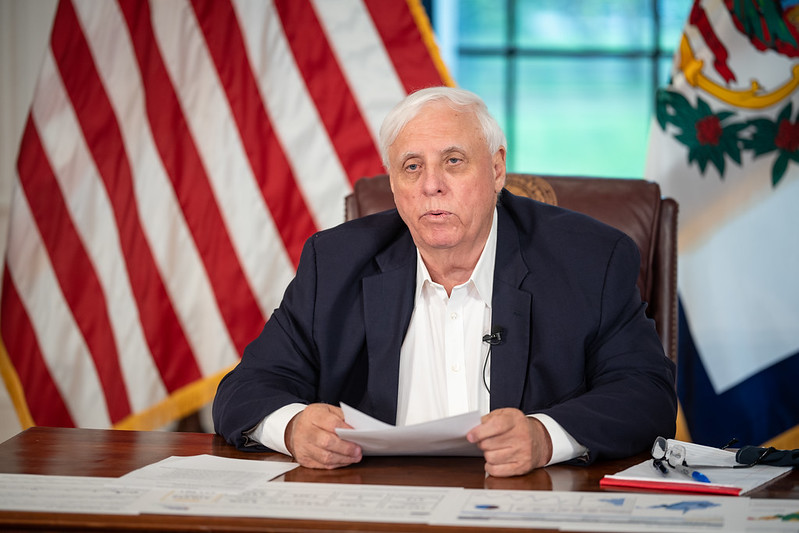 Fresh off a situation where the basketball team he coaches declined to be vaccinated, throwing its season into doubt, Gov. Jim Justice is imploring West Virginians to get covid-19 vaccinations.

“I don’t mean to scare anybody, but I am telling you with all in me we should be concerned,” Justice said today at his regular pandemic response briefing.

The governor and his health advisers said West Virginia needs to redouble its efforts as more variants of the covid-19 virus, including a Brazilian variant, gain footholds in the state.

“It is so important that we choose to be vaccinated,” said Clay Marsh, West Virginia’s coronavirus response coordinator.

“Our use of the vaccines has gone down a little bit. It is really a signal to all of us that it’s important to step up and be vaccinated.”

Justice noted that hundreds of thousands of West Virginians — 680,613 — have already gotten at least one shot. And he said about 400,000 state residents are under age 16 and would not be eligible.

So with a state population of about 1.8 million, that leaves about 800,000 still to be vaccinated.

“The low-hanging fruit, the people who were really, really wanting to get their vaccine, they’re out of the way,” Justice said. “We just keep working it every day. That’s all I know we can do.”

West Virginia’s pace of vaccination has declined steadily over the past few weeks, according to the dashboard for the Department of Health and Human Resources.

The state administered 13,823 vaccinations on March 31.

The pace has peaked and dipped so those represent top numbers over the past few weeks.

“As the governor pointed out, we continue to have plenty of availability of vaccines. It takes us longer each week to get those vaccines in arms, not because of logistics but to get people to get to the vaccines,” Hoyer said today. “Whoever wants to host a vaccination event, we will work with you.

“We are in a race. We have some serious variants coming into our state and across the country. We need to get West Virginia vaccinated.”

While West Virginia once could brag about being first in the nation for the percentage of doses used, the state now has fallen behind the pace of many others.

West Virginia is at 72 percent of doses used, behind the U.S. average of 78 percent. New Hampshire is now first in the country with 98 percent.

Vaccine reluctance hit close to home for the governor, who also coaches the girls basketball team at Greenbrier East High School. With postseason competition underway, Justice today described being stunned that the team had not gotten vaccinations. Justice has made an emphasis of pandemic response and has three briefings a week to encourage testing and vaccinations.

“My basketball team, from what I understand through my assistant coach, was offered to be vaccinated. And for whatever it was — I’m sure it was not presented in a way where kids would just jump on board. None of them decided to be vaccinated. This was a couple of weeks ago. You know it kind of dumbfounded me, the way one of my assistant coaches at the school presented this.”

The ramification occurred earlier this week, the governor said, when a freshman was diagnosed with the virus. “Lo and behold, out of the clear blue nowhere, she ends up positive for covid,” Justice said.

Now, a sectional matchup between Greenbrier East and rival Woodrow Wilson has been called into doubt.

The story of his team is in line with a statistic apparent on the state’s website. The seven-day trend for West Virginia shows that the largest number of diagnosed covid cases, 554, has occurred in residents ages 10 to 19.