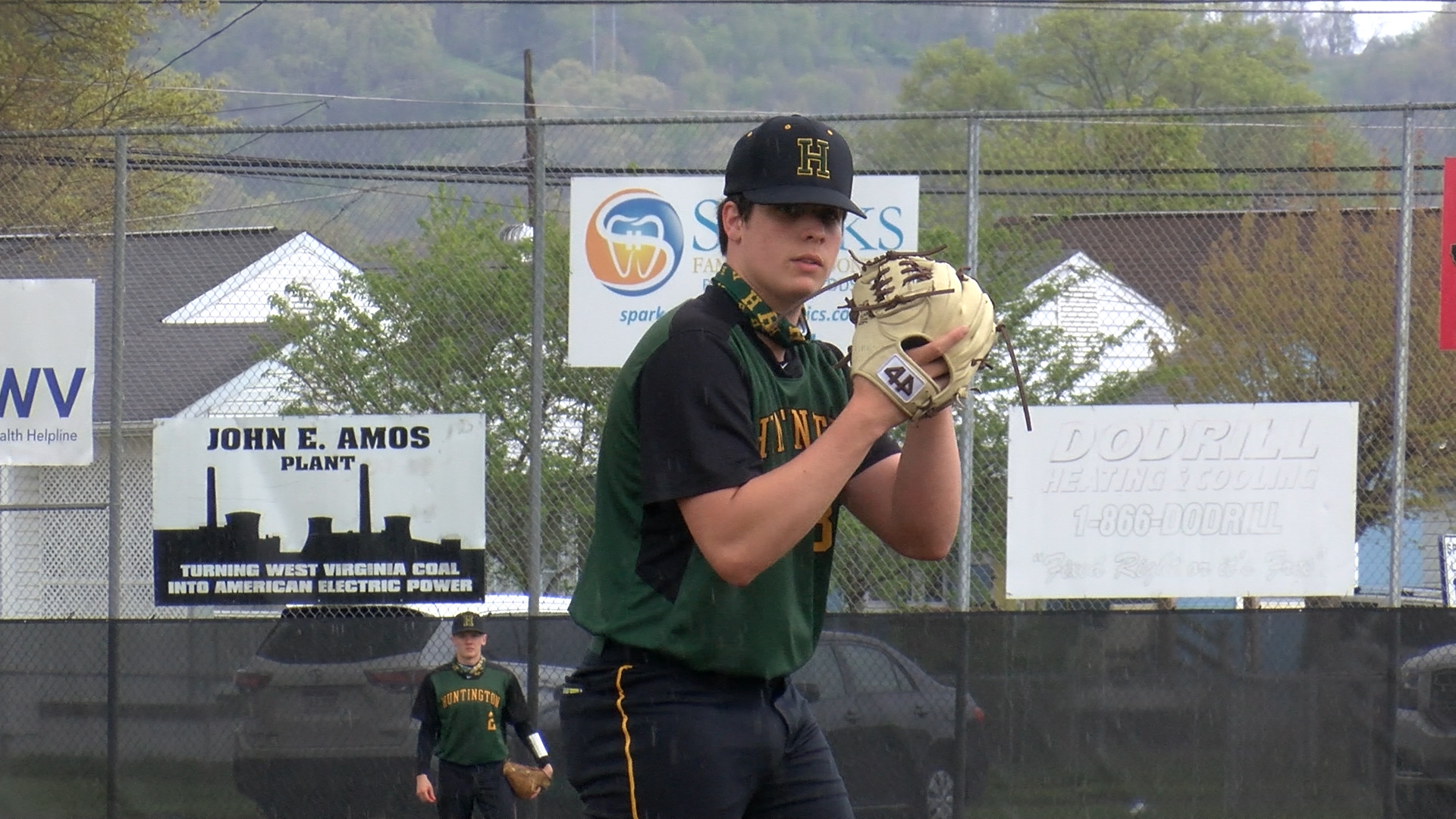 Riggs struck out eight batters in four innings of work while McGinnis tossed three scoreless frames as the Highlanders (3-1) collected their third victory in the opening week of the season. Riggs allowed one hit while walking five batters. McGinnis struck out three.

“He did a great job and he is a much-needed asset for this team in the future,” said Huntington head coach John Dennison about Riggs’ effort.

“(McGinnis) is a spot starter and is usually first out of the pen in ball games like this. He did his job tremendously and it was a great save for him.”

Huntington scored a run on an RBI groundout in the first and broke the game open with a 4-run third inning. “It was a huge inning. The momentum totally shifted,” Dennison said. “To tack those four runs on just gave us more confidence.”

The Highlanders added a run in the sixth to cap the scoring. Lucas Hall had a multi-hit game for Huntington.

“When you are able to come in and do this to the defending state champion, put six runs on the board and hold them to two hits, it is a tremendous stride forward for this program at Huntington High and what we are trying to build here. Hopefully we can carry this momentum into Monday against Spring Valley.