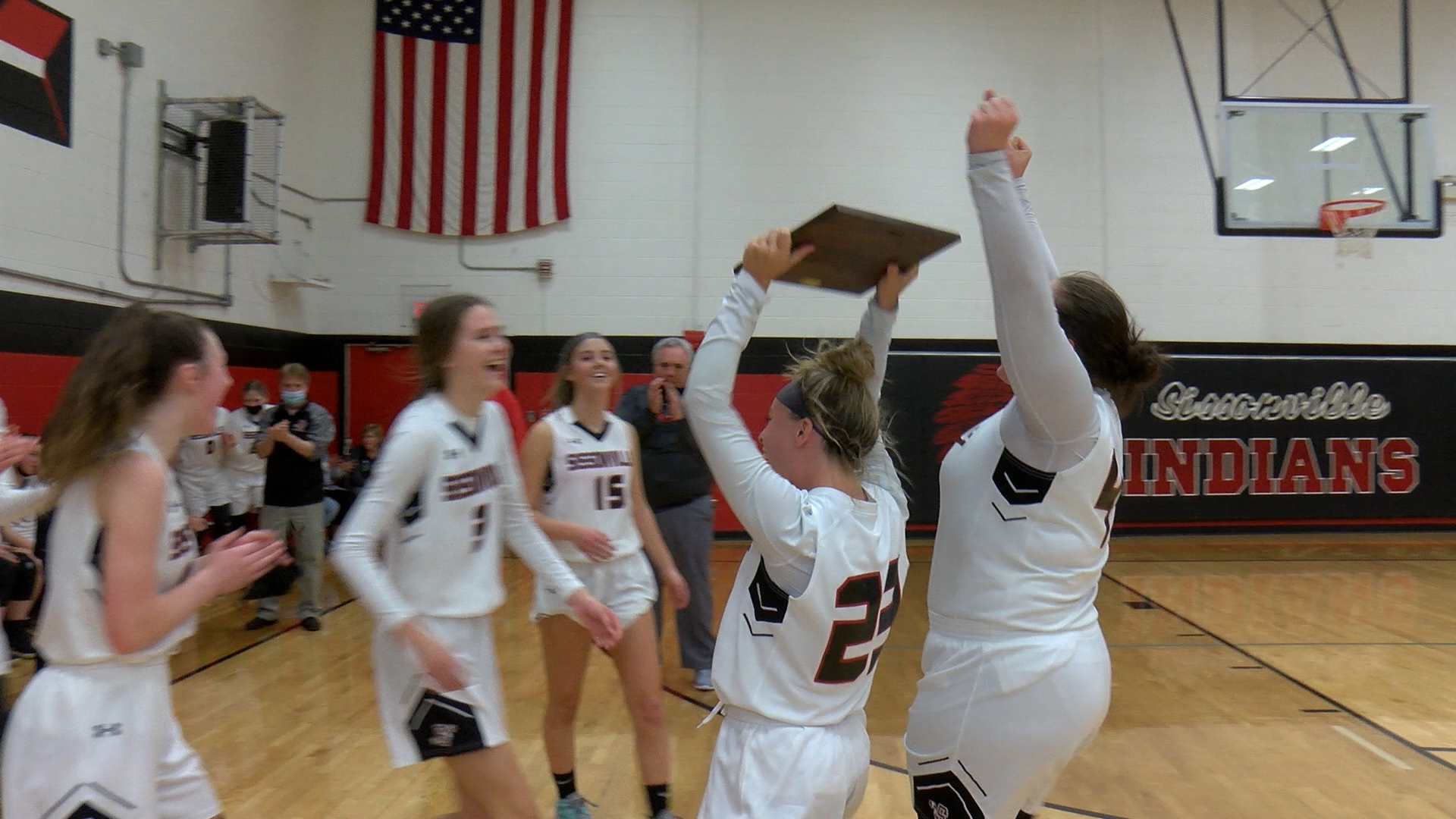 SISSONVILLE, W.Va. — After watching an 11-point second half lead evaporate with 3:30 to play, Sissonville came up with a clutch basket and a crucial defensive stop in the final minute to defeat Midland Trail, 47-46 in the Class AAA, Region III, Section 2 final.

Trailing 46-45 with 40 seconds left, senior post player Sydney Farmer scored on a turnaround jumper in the lane to give the Indians a lead they would not relinquish.

“When Sydney concentrates, she finishes strong,” said Sissonville head coach Dave Sisson. “She gets excited at times. But what a time, on a last second shot, she went up strong and finished the shot. Haley Jarrett hit two shots in the final minutes and then fouls out. That’s who we wanted to go to but she wasn’t in the game. We went to our second best option and she came through for us.”

The Indians (8-7) led 26-16 at halftime and extended that cushion to a game-high eleven points early in the third quarter. However, the Patriots trimmed their deficit to five points (34-29) at the end of the third quarter. A 13-2 run in the fourth gave Trail their first lead since the midway point of the fourth quarter at 42-41. SHS scored on their next three offensive possessions to secure the win.

“We weren’t trying to hold the ball, they just started hitting shots. We might have gotten a little tired and I probably should have subbed a little more earlier. They hit shots and luckily we were able to come back.”

Sissonville will host Pikeview in Tuesday’s Class AAA Region III co-finals, while the Patriots will travel to Shady Spring.

“It means a lot,” Sisson said. “Last year in the sectional game, Winfield beat us by 55 points. That is all we have been thinking about since then. I am not apologizing to anybody, we know our region is not the strongest region in West Virginia. But somebody has to go. Why not us? We have been preaching since day one that we are good enough to make it to Charleston.

“We are at home. What more could you ask for. Win at home and go to Charleston.”