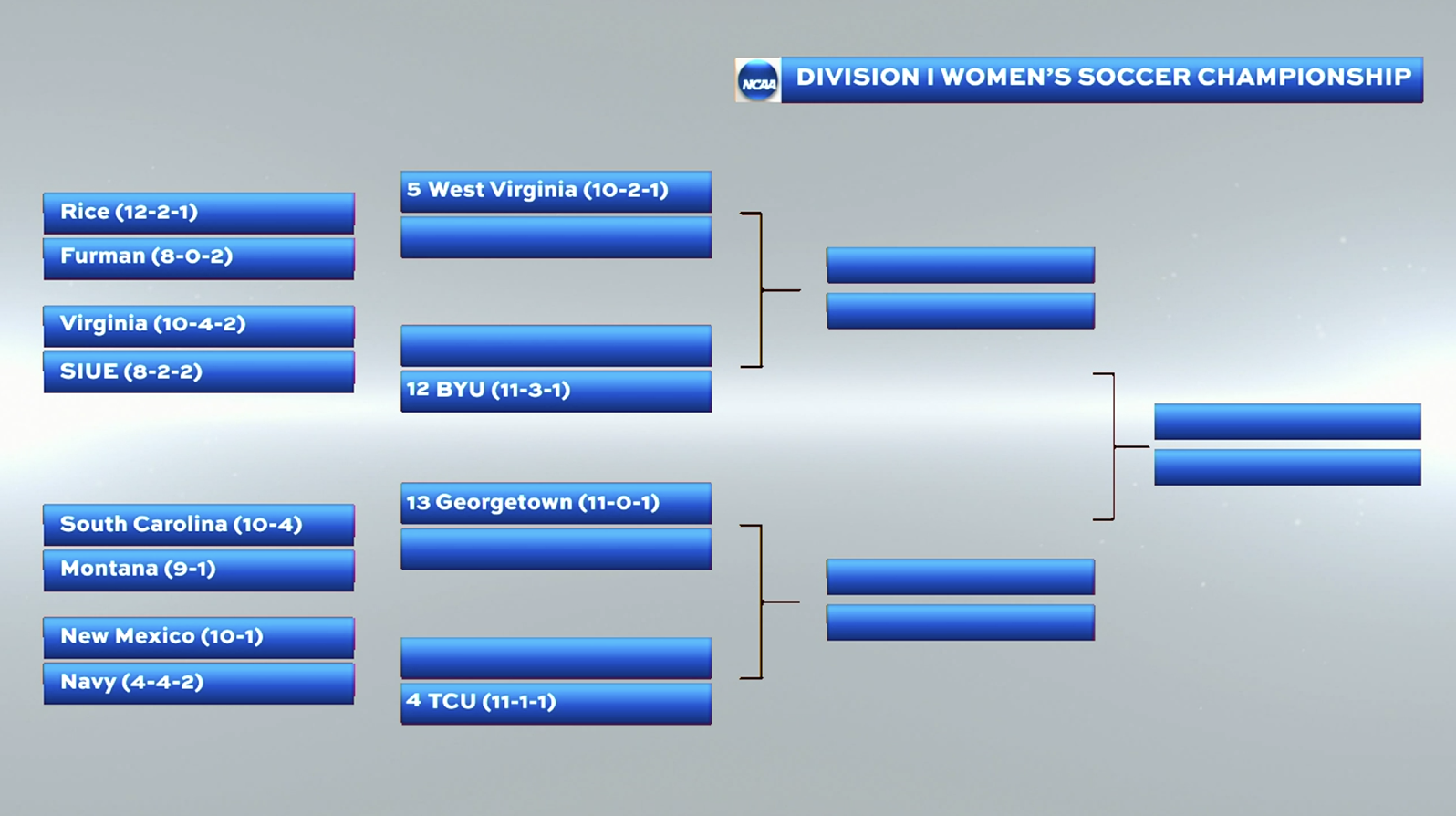 MORGANTOWN, W.Va. — A pair of the state’s Division I soccer programs will soon be bound for North Carolina and the NCAA Soccer Championships. The WVU women’s soccer team claimed their 21st consecutive appearance in the tournament field while the Marshall men are back after advancing to the third round in 2019.

West Virginia (10-2-1) secured the No. 5 seed in the 48-team field. The Mountaineers will face the winner of the Rice-Furman opening-round match in the second round on May 1.

“We are not going to take Rice or Furman lightly. Rice took Texas A&M to overtime, so you are looking at a ‘Power 5’ there. Furman goes out every year and they have played against Clemson. So both teams, they have 8 and 12 wins,” said WVU head coach Nikki Izzo-Brown.

With all rounds of the tournament being played at a single site, the Mountaineers are preparing for what they hope will be a long stay in North Carolina.

“I am going to be prepared. I don’t want to jinx us. It is really going to be interesting. We are going to approach it that will we pack as much as we can in hopes we keep advancing. It is a unique situation but we are thankful that the NCAA has allowed us this tournament.”

The Mountaineers went 7-2 in the Big 12 portion of their schedule in the fall and went 3-0-1 in the spring with victories over power programs Duke and Virginia.

“They have grown to love me more. The team adores me,” Izzo-Brown joked. “With all honesty, I was nervous going into the spring season because I am all about routine and it was very unchartered territory for me to come up with a spring schedule that would play us into the NCAA Tournament and not play us out.”

On the men’s side, Conference USA champion Marshall claimed a spot in the field for the second consecutive tournament. The Herd defeated Charlotte 2-nil Sunday in the final match of the regular season to secure the league title.

Marshall (9-2-2) was not selected as one of the eight seeded teams in the 36-team tournament bracket. The Herd will face the Fordham (7-0-2) in Wilson, N.C. on May 2. Just like the women’s tournament, all matches will be played in and around Cary, N.C. If Marshall advances to the round of 16, they will likely face top-seeded Clemson.

“We’ll focus on one game at a time. We will focus on Fordham,” said Marshall head coach Chris Grassie. “We’ll learn everything we can about them and be prepared to win that matchup. If you want to win a national championship, you have to beat the best teams. We are really excited about being in this part of the draw.

“There’s a competitive nature to me and us that we feel like we should have been seeded and given that respect. But that will just be a chip on our shoulder that we’ll take with us as we move on to Fordham, hopefully through on to Clemson and beyond into the National Championship.”

The WVU’s men’s soccer team was not selected to the field of 36, despite having an NCAA RPI of 7. The Mountaineers went 6-3-1 in Dan Stratford’s first season as head coach. Their resume included wins over Marshall and Charlotte, squads that are ranked in the top 12 nationally.

Very proud of the team’s efforts this Spring. I said that we would use this Semester to learn about this group- and we learnt that we are a worthy @NCAASoccer tournament team, in a shortened field, despite today’s outcome. @WVUMensSoccer will leave no doubt, come Fall 2021. 💙💛

West Virginia saw an opportunity to boost their resume Sunday taken away from them under strange circumstances when their match against SIU-Edwardsville was canceled on 48 hours notice, but not due to COVID protocols on either team.