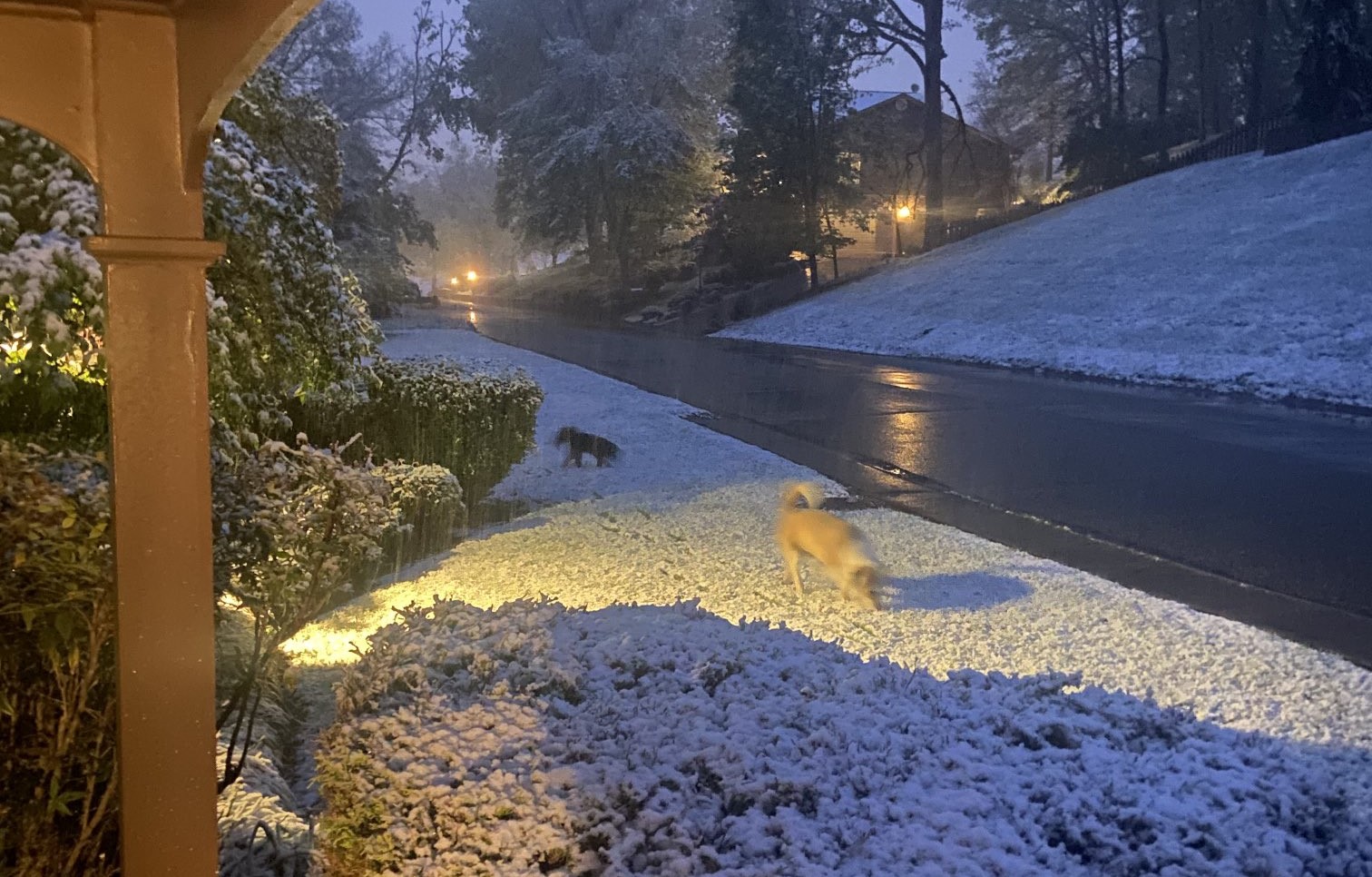 A blanket of snow in Huntington shown in a tweet early Wednesday by Mayor Steve Williams.

CHARLESTON, W.Va. — The forecast called for it, but it’s unlikely many really expected to drive to work Wednesday morning in a driving snowstorm. However, for many, heavy flakes and a coating to an inch on the ground was what greeted them as they walked out the door

“It was a really strong cold front that swept across the state. Precipitation started off as rain for many areas, but rapidly changed to snow on the back edge as colder air came in behind the front,” said Ross Giarratana, Meteorologist for the National Weather Service in Charleston.

Snowfall accumulated on the ground in areas like Huntington, Parkersburg, Wheeling and most of the northern panhandle as the day started off during the morning commute. To illustrate the diversity of the forecast, Martinsburg still had temperatures in the 50’s and sunshine.

Rain showers have quickly changed to snow showers ❄️ in the wake of a strong cold front at our office this morning. This activity has caused reductions in visibilities across the region this morning so be careful. Also, please pass along any snow reports if you have any. Thanks! pic.twitter.com/peZOoLfVWN

Snow flurries on April 21st! This is near 29th street exit in Huntington pic.twitter.com/hcIg3F92XA

Forecasters say the arctic air which followed the front into West Virginia will stick around for a few days. Freeze warnings are in effect for much of the state Wednesday night and Thursday morning. There’s a strong threat to blooming trees, flowers, or garden plants left unprotected.

Cold air sticks around for Thursday, Friday, and into the weekend with off and on rain showers. The more seasonal weather is forecast to return next week.