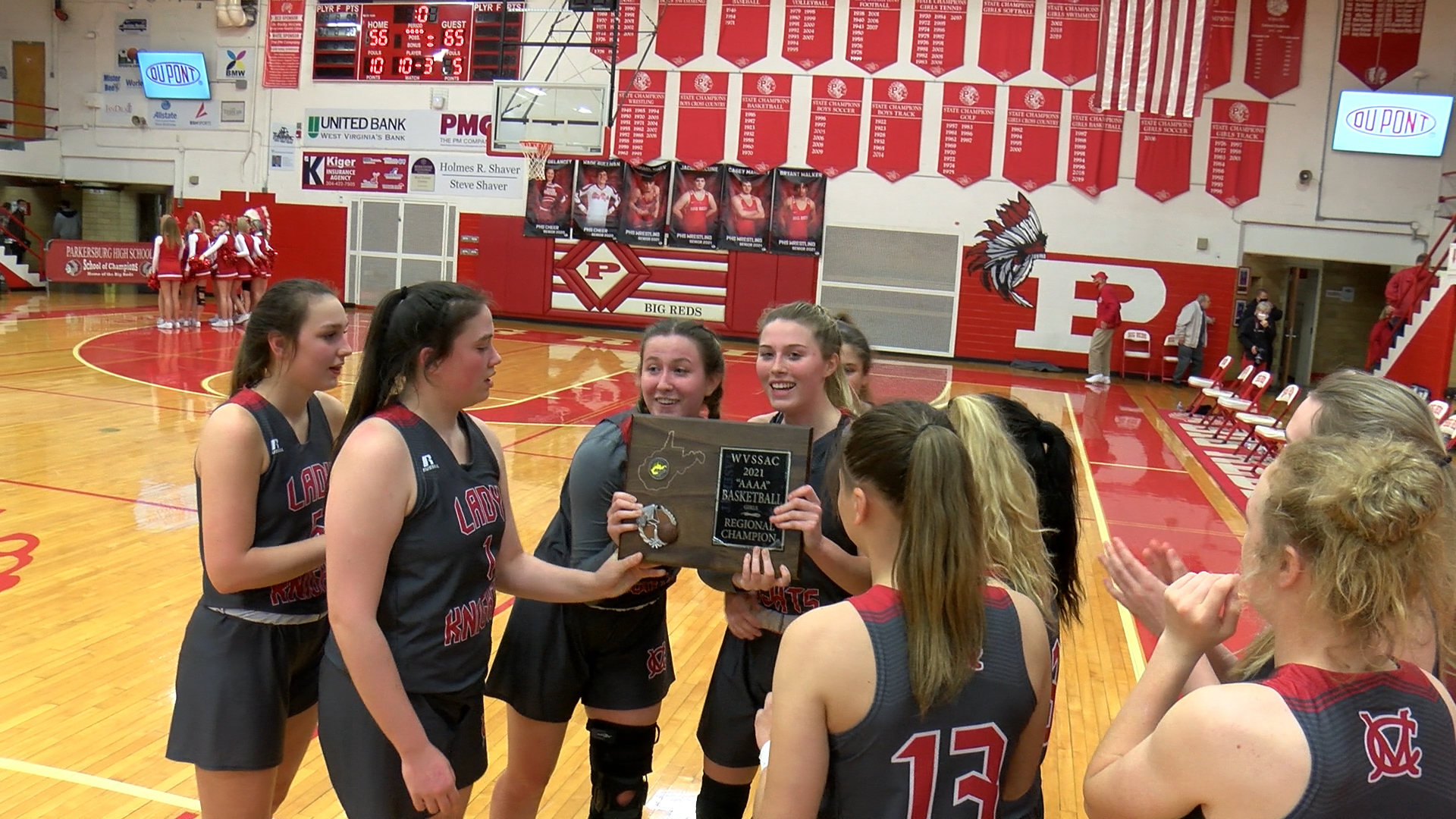 Cabell Midland (12-3) led by as many as 16 points in the second quarter but a 10-0 Parkersburg run to start the fourth quarter gave the Big Reds a 52-50 lead. The Knights however scored the final 10 points of the game over the final three minutes.

“They got up by one and in that last 2:43, they didn’t score again. We picked up our defense the rest of the way and we made free throws at the end,” said Cabell Midland head coach Matt Adkins.

“That is what we have been looking for all year. That’s what we had last year with five in double figures. They have been coming around the last few games so I am really proud of them.”

“It is a big deal, especially for our lone senior, Autumn. We want another chance at it. I think we have one of the better teams. It just depends on if they come in and play. It is exciting for the kids.”