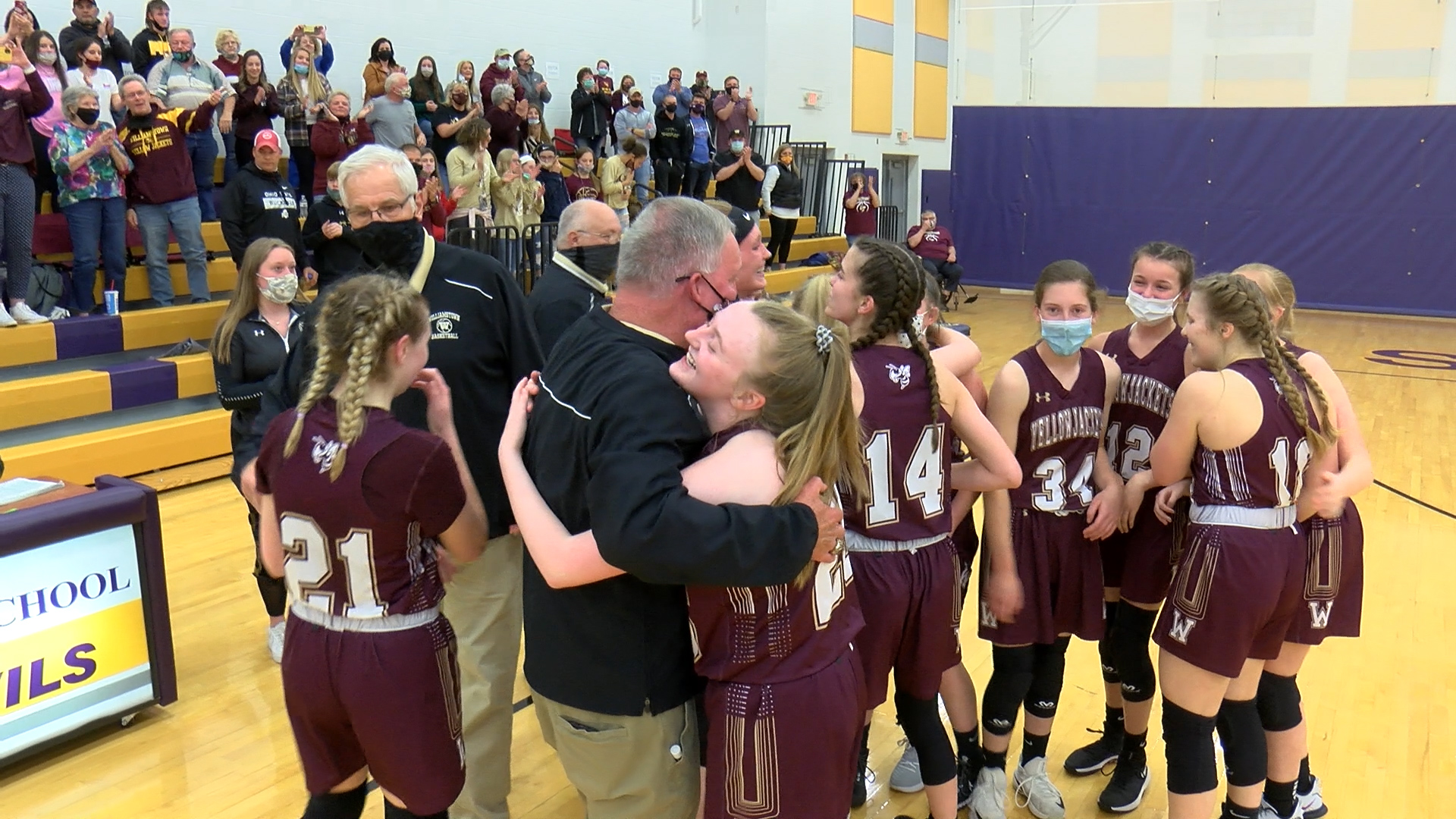 The Yellowjackets twice took the lead on the inbounds pass from Georgie Inman to Sophia Folwell. The second basket with 30 seconds remaining gave WHS a lead they would not relinquish.

“I love ‘Iowa’,” said Williamstown head coach Fred Sauro of the play call. “We recently started using it again this week. It is a simple play. It sends two posts down there almost simultaneously. One cuts as soon as the other one cuts. It is a difficult cover when you are trying to cover both corners too.”

Williamstown led 14-9 after the opening eight minutes and they led 21-15 at halftime. The ‘Jackets extended their lead to 11 points early in the third and led 41-33 after three.

St. Marys however did not allow a field goal for the first five minutes of the fourth quarter and a 10-0 run pulled the home team even at 43-43 with three minutes left. St. Marys would tie the game two more times late but the ‘Jackets would not trail the rest of the way.

“She was big and the strength of her game was her shot. She has learned how to drive better,” Sauro said. “She is an excellent shooter and is shooting almost 45 percent from three.”

“Here on March 6, we were down 28 points in this gym. We just morphed into a completely different team from that first week of the season.”

Williamstown (14-5) has earned the No. 5 seed and will face No. 4 seed Frankfort in the Class AA quarterfinal round. The matchup is set for Tuesday at 11:15 a.m.