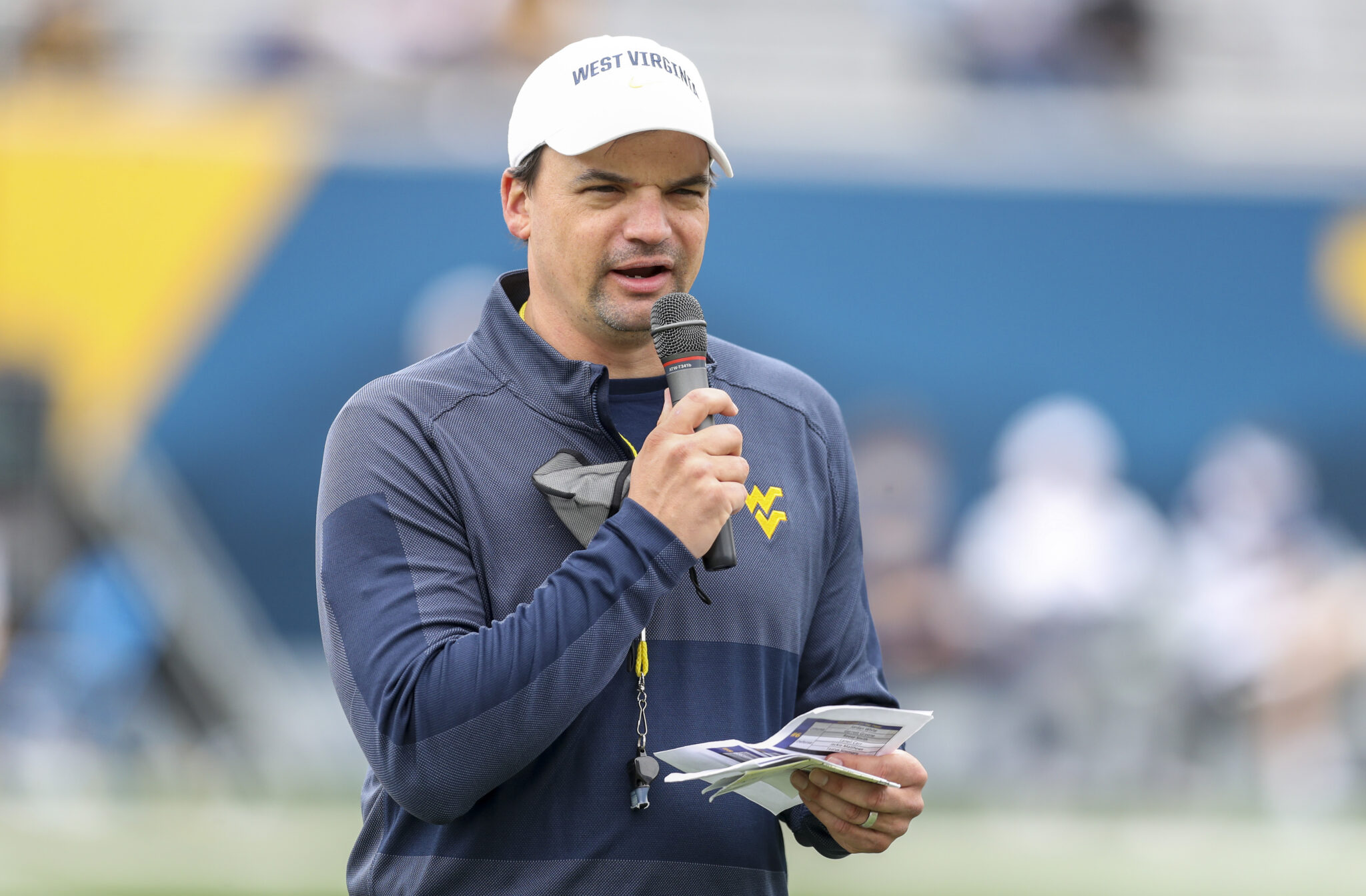 MORGANTOWN, W.Va. — When the final whistle on West Virginia’s fifteenth spring practice rang out at Milan Puskar Stadium Saturday following the annual Gold-Blue Game, the next phase of WVU’s offseason began. Head coach Neal Brown was a guest on MetroNews Talkline Monday morning and said that spring practice had particularly great value considering his team missed all but two spring workouts last season due to the pandemic.

“We were one of the programs that was really affected by not having spring ball and traditional summer workouts just because we were so young in 2020,” Brown said. “But I thought those guys handled that break as well as anyone. Outside of a game against Texas Tech that I thought we could have won, I thought our guys played and showed growth.”

Brown acknowledged that the days of putting guys on the field that may not necessarily have been ready for Big 12 competition, as he had to do by necessity in his first two seasons, should be in the past.

“For the first time, we will be a group on offense that has guys going into year three. Some played before they were ready. And from an offensive line point, we are going to be able to compete against everyone in our league for probably the first time. From a position analysis, on the offensive line, we are developing some depth there, really for the first time in my tenure here. Some of the young guys, the work in the weight room is showing.

“Defensively, our first group has a chance to play at a high level in our league. But we have to have some depth there and we are going to need to add some pieces to make that happen in the fall.”

As pandemic-related restrictions ease, a more normal summer recruiting and camp schedule appears to be in lined up. In the short-term, players and assistant coaches can soon look forward to some rare down time in their respective schedules.

“We’ll spend the next week and a half wrapping up everything from spring ball and wrapping up the semester, individually and on the team. They have finals next week. The players will have a little down time over the next three weeks and then we’ll start our summer workouts on Memorial Day.

“The coaches will have some down time in May. For me, that will be going to a lot of softball, soccer and volleyball games.”

When he is not being a fan in the stands at sporting events for his three children, Brown will spend some time on his summer reading list.

“My mom gave me several books yesterday so I have some books lined up. ‘The Ride of a Lifetime’ by the outgoing Disney CEO (Robert Iger), he wrote a book so my mom gave me that yesterday. There’s a book written by a poker champion that is about decision making and things like that.

“I have never been a fiction reader. I like biographies and leadership books. I like reading about people that have done important things or unique things and I like reading about decision-making. When you get into high-level leadership, you have to be intentioned about learning. One of the ways you can do that is through reading.”

Like many in the WVU community, Brown participated in the University’s Virtual 5K over the weekend. The process was a bit lengthier than he originally planned.

“This was a good wakeup for me. I recognized the 5K was coming up a little bit late. Last year, I ran it and my time was respectable. Saturday morning, as things go you are not in charge of your schedule. My time got cut short. I am not in as good of shape as I thought I was. So I got about two miles of the run in before a team meeting. So I didn’t get 3.1. Yesterday, with a hit to my ego, I walked it with my wife. It was a brisk walk, but it was still a walk. I started a new workout plan this week.”