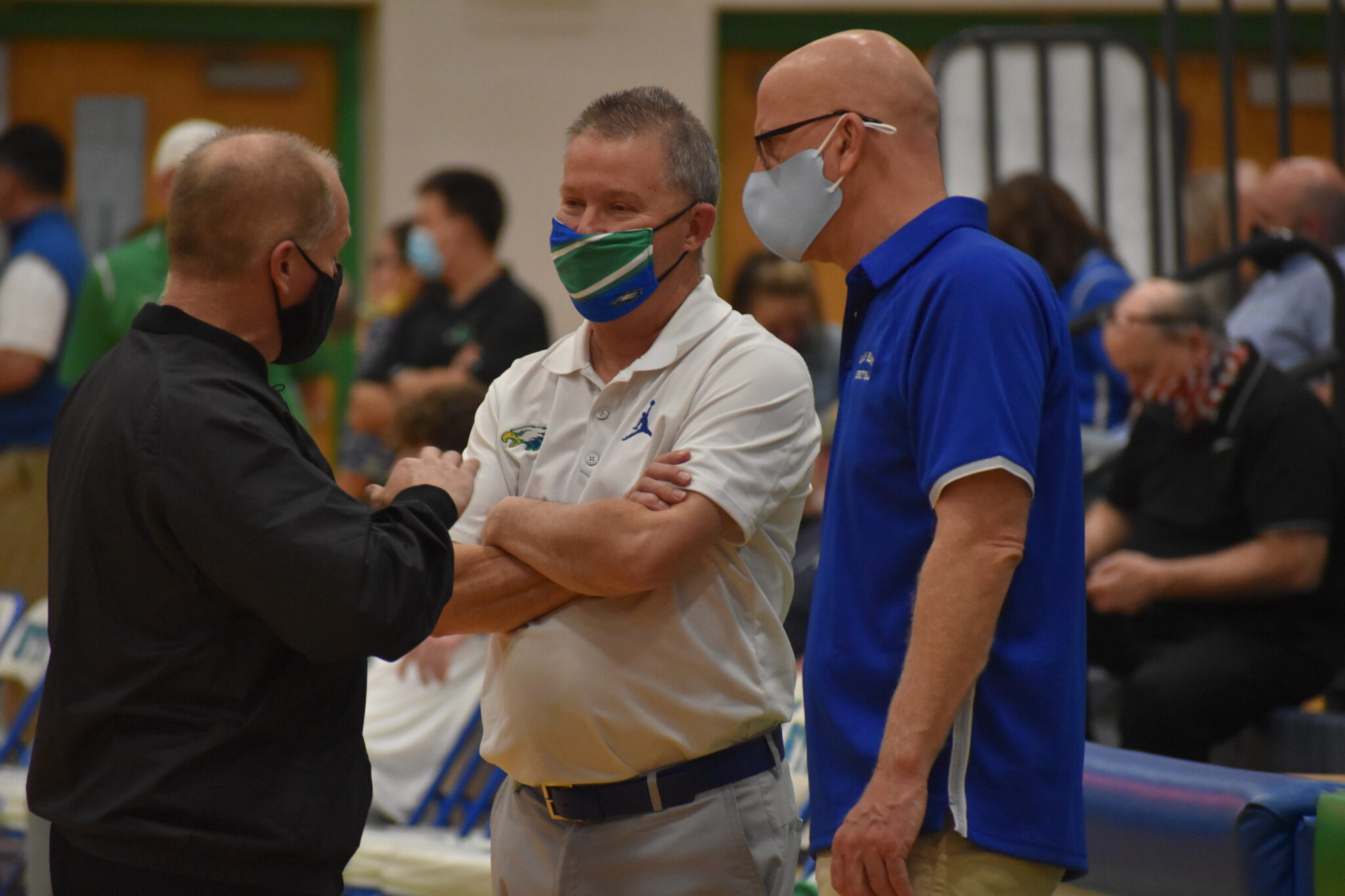 MORGANTOWN, W.Va. — Top to bottom, the Class AAA bracket at the boys state basketball tournament might be the most competitive of the four classes. Leading the way are the Flying Eagles from Robert C. Byrd. Bill Bennett’s club earned the top seed and they will meet Hampshire in the quarterfinals. RCB (13-1) is the only team to defeat Morgantown this year, splitting a home-and-home series.

“I think that gave the kids great confidence, especially after scrimmaging them and not doing well,” said Bennett. “Two weeks later, after two weeks of working and fixing things, we went out and were fairly dominant on Morgantown’s court.”

Byrd’s Big 10 rival Fairmont Senior (15-1) holds the No. 2 seed and they’ll face a Winfield (13-6) team owns a win over Poca and two wins over Logan. The Polar Bears are yielding just over 50 points a game and senior Jaelin Johnson is now fifth on the program’s career scoring list.

“His leadership has been outstanding,” Fairmont Senior head coach Retton said. “He has passed it when he has needed to pass it. But he is shooting close to sixty percent and he has had just an outstanding season for us.”

Herbert Hoover (13-3) is the No. 6 seed and their three losses to Nitro, Chapmanville and Logan have come by a combined nine points. Shady Spring (12-2) awaits them. The Tigers were poised for a state tourney trip last March prior to the shutdown. Head coach Ronnie Olsen says former players are very much a part of this season.

“Our season hasn’t stopped,” Olsen said. “We are going two seasons through. So we are excited and the boys are excited. We’ve got all our players there. They are coming down Wednesday. We have the whole community around us and our boys from last year’s team. So we couldn’t be more happy to be in the position we are with the three seed as well.”

And in the No. 4 vs. No. 5 game, Nitro (15-3) meets Wheeling Central Catholic (12-2). The Wildcats own five wins over state tournament teams. Central is a Class AAA newcomer and they have only allowed 60 points or more twice this season.