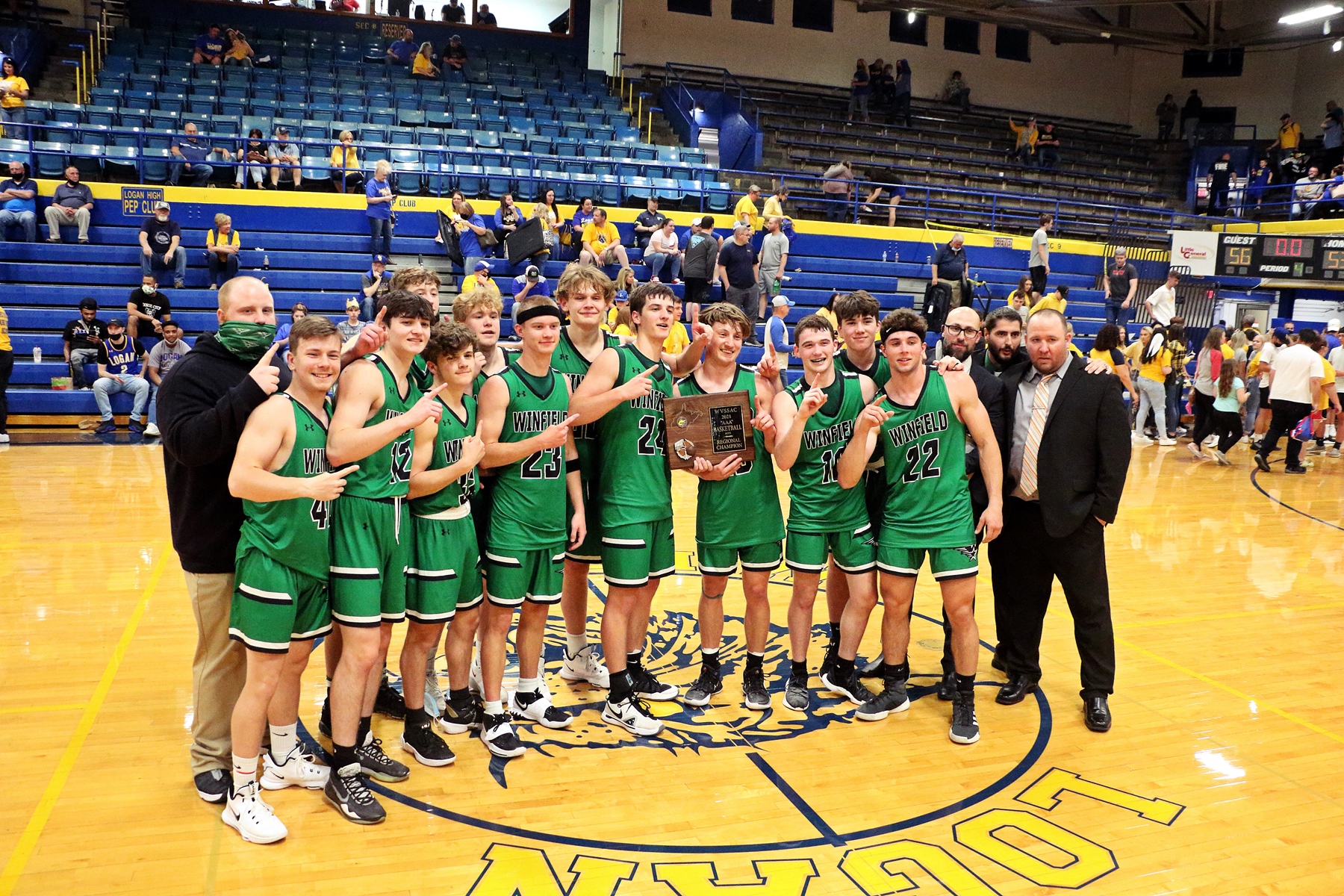 MORGANTOWN, W.Va. — The Winfield Generals boys basketball team is back in the state tournament for the second time in four seasons.

Winfield earned the No. 7 seed, and the Generals will face off against the Region II co-champion Fairmont Senior on Wednesday at 1 p.m.

“They are very good obviously,” noted Winfield fourth-year head coach Chris Stephens. “That is why they got the two seed, and that is why their record is where it is at. They’ve got the athletes. It is going to be a tough matchup. Hopefully, we can get off to a great start and give our guys some confidence. Let them see that they earned the right to get there.”

The Polar Bears are led by senior Jaelin Johnson and freshman Zycheus Dobbs. Johnson was an all-state member in Class AA a season ago, and he is currently averaging 23 points this season. Dobbs has been a reliable asset for Coach David Retton averaging 15 points per game.

“You got size with both of them, especially in Johnson,” said Stephens of the Fairmont Senior duo. “They are both quick. Johnson is a great athlete. He can get from beyond the three-point line to the basket in one dribble. He is good at using angles during his penetration. They are both fundamental and disciplined on the offensive end. They do not look to force a whole lot. It is going to be tough to corral those two.

“If you try and concentrate on stopping those two, they have other guys that can beat us. We are going to have to play an overall great defensive game.”

The Generals punched their ticket to Charleston in thrilling fashion. They went on the road and defeated the Logan Wildcats 56-53 in overtime.

“Going into it we figured we had a good chance to win,” said Stephens. “We would have to play solid defense and hit shots. We started great. We knew there would be runs, and we knew we had to start well.

“We had big contributions from the whole team. Everyone that stepped onto the court brought us a ton of energy.”

Winfield saw itself down seven points twice in the second half. The Generals would respond by applying full-court pressure causing havoc in the backcourt.

“We have talked about our defense all year,” stated Stephens. “The way you stop runs is by getting stops. The way you make yourself a run is by getting multiple stops. We did that several times. There at the end of the game was nerve-racking. We gave them too many opportunities than we should have, but the defense locked down each time.”

Stephens has seen consistent play all season from senior Blake Morris and junior Seth Shilot. Morris tallied 20 points, including four triples in the win over Logan Tuesday evening. Shilot came up with two huge blocks down the stretch preventing the Wildcats from either tying or winning the game.

“Blake has shot the mid-range well the whole season,” said Stephens on Morris. “He has come on recently, and he hit a couple of big threes. Seth has done that sequence at the Logan game. He has done that in other games late as well, especially getting stops and when to come help to get those blocks and rebounds. We are working on him trying to do that for four whole quarters. He could be dominant doing that.

Outside of Morris and Shilot, Stephens is pleased with the consistent offensive play his team has displayed all year.

“We have had six of our guys be the leading scorer in a game throughout the season,” noted Stephens. “We have guys that can score the ball and score double-digits. We might not have the several that do it every single game, and that is also a testament to how we can win games with our starters and guys coming off the bench.

Stephens will be coaching in his second state tournament as the head coach at Winfield. He led the Generals to the Final Four in 2018. Winfield was the six seed and upset three seed Westside in the first round.

Stephens also excelled as a high school player at Wheeling Central Catholic from 1999-2003, including two state championships under Dave Wojick. Stephens’ father, Mel, was on Wojick’s staff for both championship teams that Chris was on.

“They do for me,” said Stephens on the memories of being at the Charleston Convention Center. “It is more after. You get to sit back and reflect a little bit. When we get onto the court, I am not thinking about those things as the game goes on.”