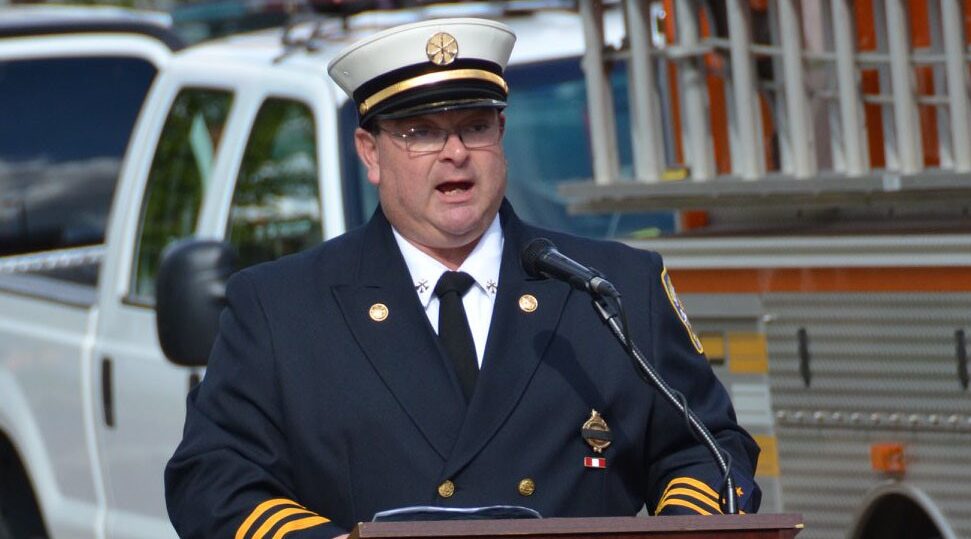 “I am both honored and humbled for the opportunity to serve as chief of the Wheeling Fire Department,” Blazier said in a statement. “Having served under the previous three chiefs, I have large shoes to fill. Top priority will be to continue the legacy of service provided to our citizens and visitors to Wheeling.”

Blazier, a Wheeling native, joined the fire department in 1989 and most recently has served in an administrative capacity as an assistant chief handling EMS training and firefighter equipment. He also is a public safety instructor for Mountain State Education Services.

“James’ education and professional experience is a great fit for the Chief’s role,” Wheeling City Manager Robert Herron said. “I believe he will continue the tradition of excellence in fire, rescue and EMS that the residents of Wheeling have grown accustomed while advancing the department.”

Blazier is a graduate of Belmont Technical College and West Virginia Northern Community College, and is also certified as a paramedic and a hazardous material technician.