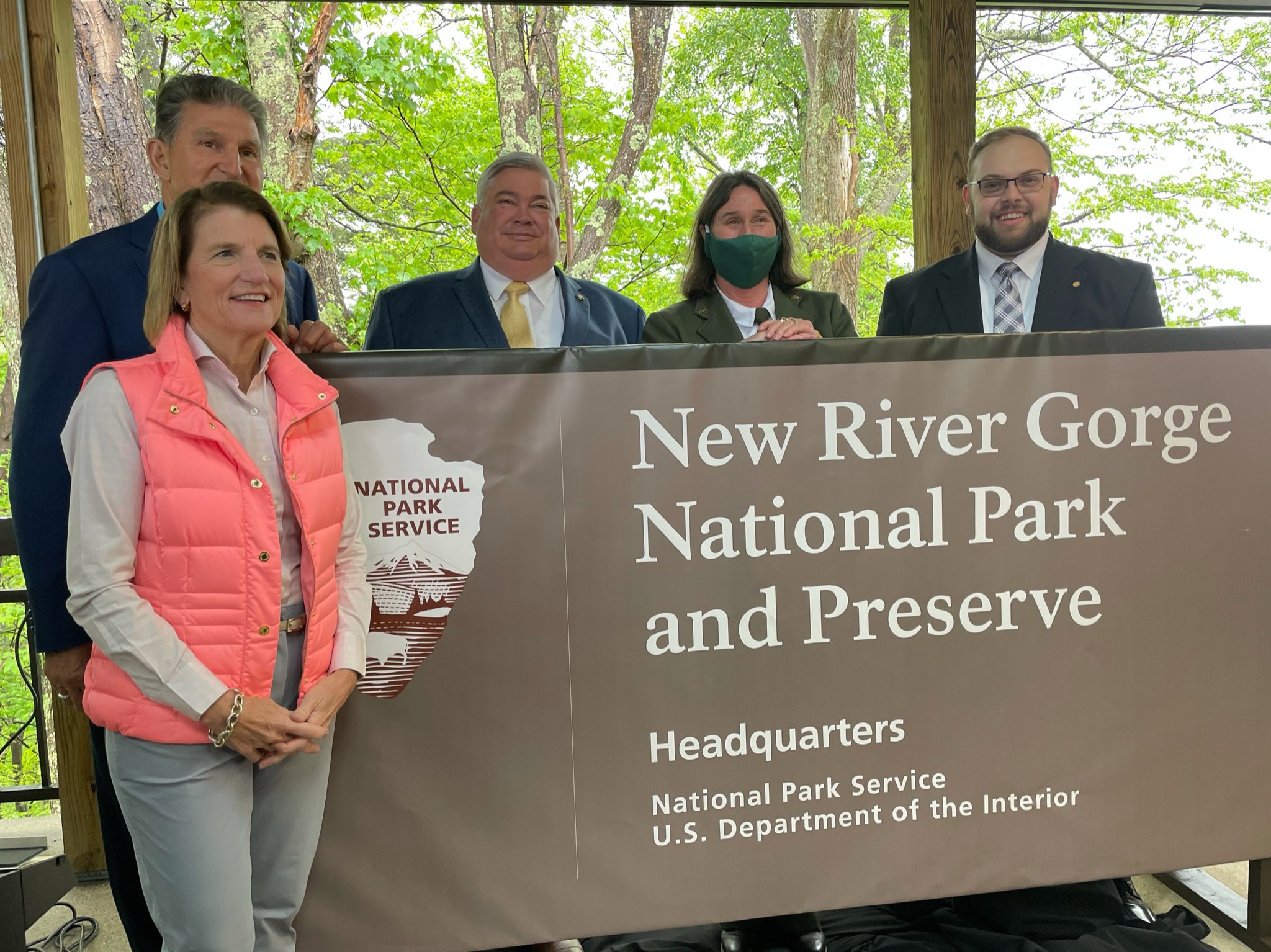 Capito told MetroNews Wednesday the redesignation is already paying off with more visitors.

“Whether they’re in the hospitality business or outdoor tourism—their numbers are way up. There’s way more visitation at the park as we thought,” Capito said.

The area is the 20th National Preserve in the country.

“They say there are (already) a variety of license plates in the parking lots and people are really excited to see it,” Capito said.

👀 Check it out –> We officially have a new sign here at @NewRiverNPS!

Can’t wait to see the impact our nation’s newest National Park will have on our great state! pic.twitter.com/BDg9vqxIxI

The redesignation has gotten a lot of good coverage. There have been feature stories in a number of national and regional publications.

Capito said area business owners are getting ready for the increased traffic.

“I talked to a business owner today (Wednesday) and her business is really going to hinge on more people coming in because of the national park. Now we’re looking at ways to accompany larger amount of people. It’s all snowballing in a good way,” Capito said.

Discussion about the redesignation began in 2018. The act creating it was passed in the year-end legislative package last December.