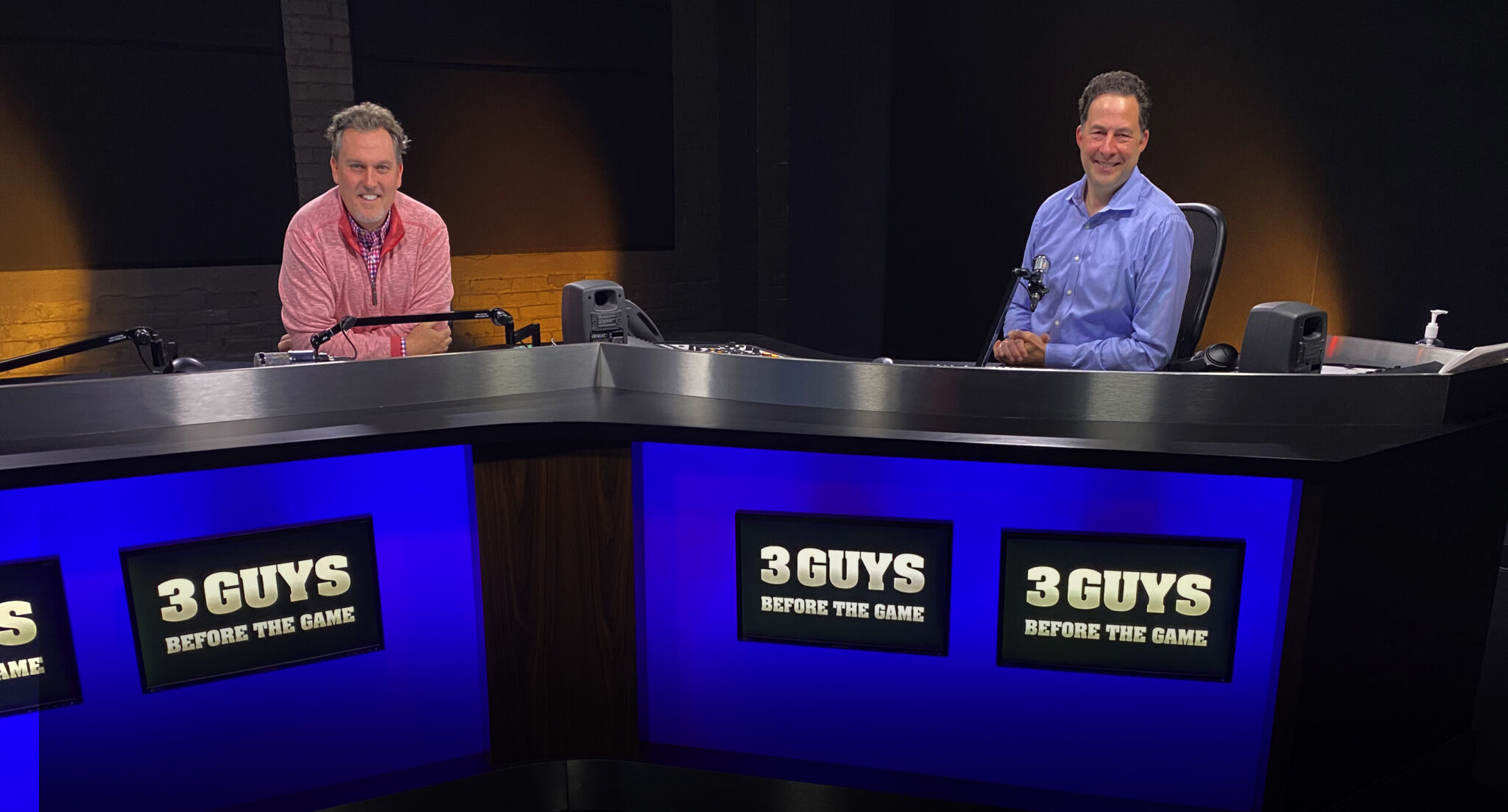 Lance Frazier’s football career has touched every level of the game.  The former Mountaineer captain played for both Don Nehlen and Rich Rodriguez during one of the program’s most significant transitions.

When his Mountaineer career was over he played professionally in the NFL and CFL seeing action with the Dallas Cowboys and winning a Grey Cup championship with the Saskatchewan Roughriders.

Today Frazier coaches high school football in Pennsylvania where he’s been awarded as the state’s coach-of-the-year by the National Federation of State High School Associations.

Join Brad Howe and Tony Caridi for an insightful look at WVU football and more with special guest Lance Frazier.

Join the crew again next week for another conversation involving West Virginia sports.

WVU Sports
Notebook: Week 1 of WVU training camp concludes Sunday; evaluations set to begin
The Mountaineers will go through their first practice in full pads on Sunday.
By Joe Brocato
WVU Sports
Three Guys Before The Game - WVU Football Talking Pitt With Pat Bostick (Episode 391)
What will the Mountaineers encounter in their opening date with Pitt?
By MetroNews Staff
WVU Sports
Scott optimistic group of largely unproven tailbacks can hold their own
Outside of lead running back Tony Mathis Jr., West Virginia's has an abundance of youth and inexperience at the position.
By Greg Carey
WVU Sports
Pitt announces Backyard Brawl as a sellout
West Virginia opens the season with the Panthers on September 1, marking the first time the nearby rivals have clashed since 2011.
By Greg Carey
View AllHoppy's Commentary