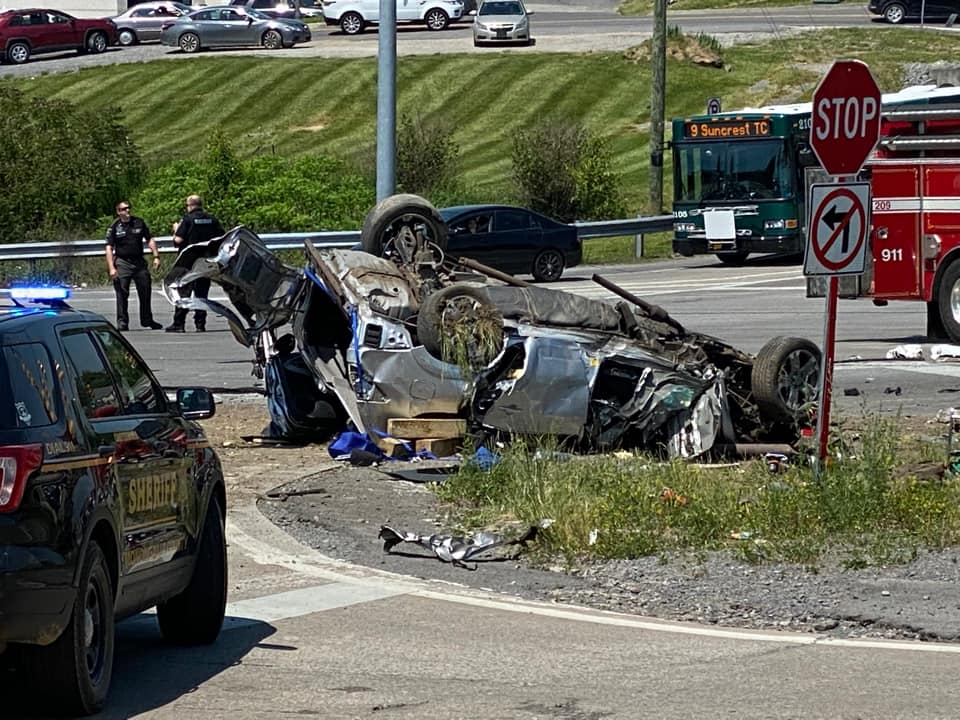 Two people were killed in a wrong way crash near the intersection of Route 705 and Willowdale Road near Mylan Puskar Stadium in Morgantown Friday afternoon.

Monongalia County sheriff’s deputies said a driver was traveling east in the westbound lanes of Route 705 at about 1:44 p.m. when the vehicle struck an oncoming vehicle.

Deputies said both the driver and passenger in the wrong way vehicle died. The driver of the approaching vehicle was hospitalized.

The names of those involved have not been released.

According to Huntington police, Sharrod Snyder, 59, of South Point, Ohio, was killed on the 6th Street Bridge at about 2:30 p.m. Police said Snyder was having car trouble and another motorist was helping him out of his vehicle when another vehicle struck Snyder’s vehicle.

In a separate wreck in Kanawha County, police said a Kentucky man was killed when the vehicle he was driving plunged 60-feet to the ground after going over the side of an Interstate 64 bridge.

The westbound wreck near MacCorkle Avenue in South Charleston occurred at just before 7:40 p.m. The driver’s name was not immediately released.

Sheriff’s deputies in Wood County said a motorcycle wreck on Interstate 77 in Williamstown claimed a life. The wreck occurred in the northbound lanes at just before 9:30 p.m. Friday.