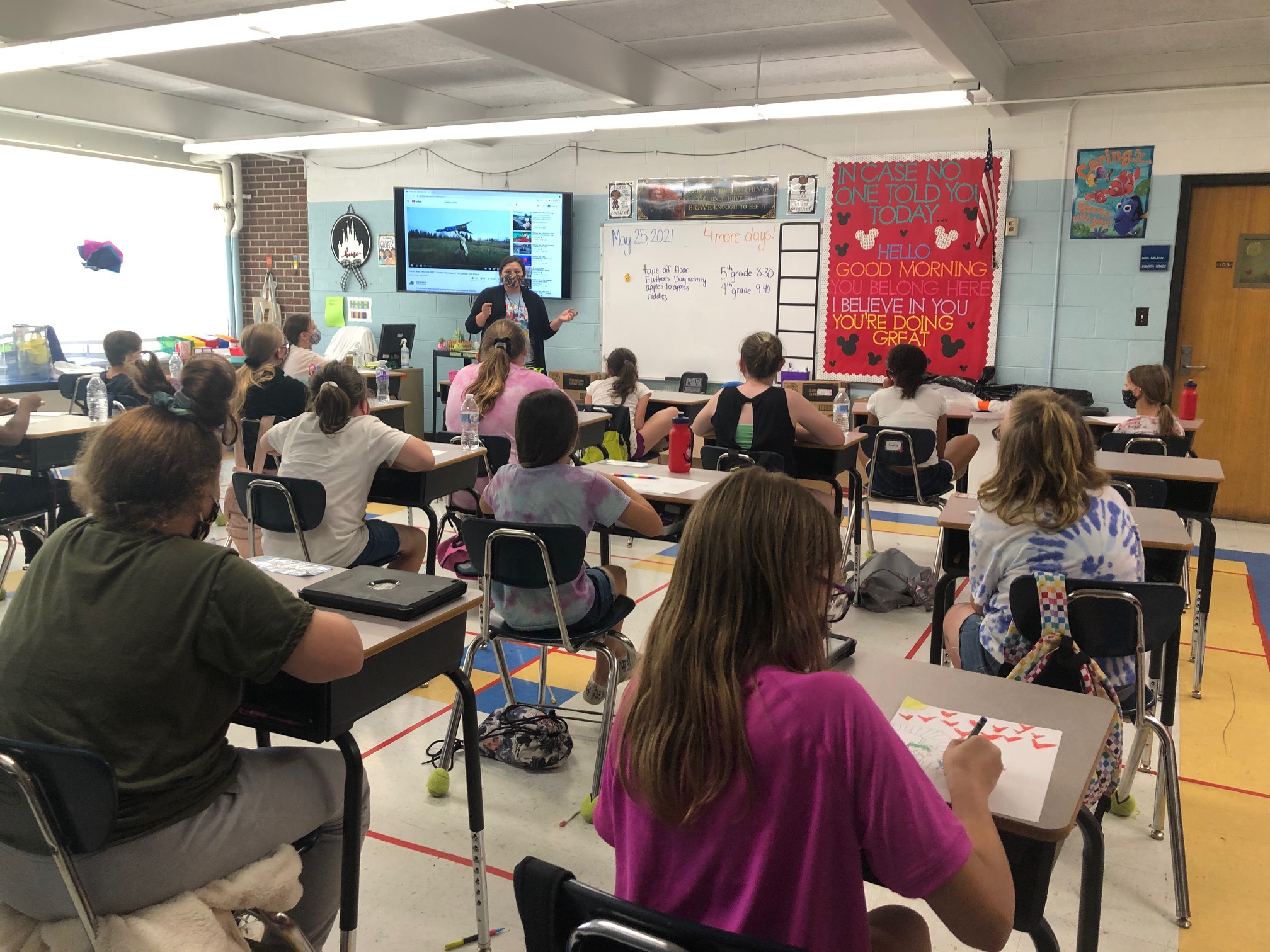 Anyone inside an elementary school in Kanawha County will be required to wear a mask this school year. (Photo of Lakewood Elementary in St. Albans)

ST. ALBANS, W.Va. — The staff at Lakewood Elementary School in St. Albans anticipated a challenging school year when they arrived in August, at the height of the COVID-19 pandemic. No students were allowed in the building due to a status on a color-coded map and teaching was continued to be focused online, the same way the previous school year ended.

Through the trials and tribulations, the staff feels accomplished as students headed home for the summer on Friday. MetroNews visited the school in the past week to get a perspective from educators on a full school year during a pandemic, the same school featured in a story in September.

In early October, more than one month into the 2020-2021 school year calendar, students in Kanawha County returned to the physical classroom for the first time in six months. Then at the turn of the new semester in January, students that selected virtual learning for the fall semester were able to head back to school if they wanted to.

Haley Webb, a fourth-grade teacher at Lakewood told MetroNews she witnessed the benefits of her 20 students learning in-person compared to through the internet.

Webb, who just finished her fourth year teaching fourth-grade, was featured in the story in September and stated the students were not thrilled with going all virtual. The first few weeks of the school year were just used to teach the children how to use Kanawha County Schools’ online learning platform, Schoology, and other online platforms such as Microsoft Teams.

She said this week that her students embraced the technology more as the school year went on. Webb said the same could be said for teachers who have now had to think outside the box in how to interject traditional learning methods with advanced technology.

Webb said she believes many platforms used this school year are here to stay, for example book reports and research projects.

“All of our teachers are on board with using technology,” Webb said. “We don’t do as much paper and pencil. We still do some traditional but a lot of our things have been done online. All of our concepts have stayed the same but they are just being done in a different way.”

Brooke Walker, a first and second-grade teacher at Lakewood who was also featured in the story in September, agreed with Webb in how technology platforms will be used in the future.

However, Walker noted her toughest challenge was to teach her children how to read through the computer screens. She said she is responsible to teach the first graders how to read but had to get creative with a computer in between them. She credited the parents for helping her in that aspect.

“When you’re trying to blend out a word in a sentence, it’s hard to explain to them through a computer screen what they are supposed to do with a “ch” sound or “th” sound. Look at my mouth, sometimes it’s not working, sometimes they can only hear my voice. It was very challenging,” Walker said.

In September, Walker applauded the staff at Lakewood for its prep for the 2020-2021 school year, spending all summer digging into what they learned from the tail end of the 2019-2020 school year ending virtually.

She said this week that even with the preparation, the past few months left no doubt in her mind that in-person learning is critical to a student’s development as a person and a learner. Between the two grades, Walker taught 20 students.

“You can see what they’re missing or you can know they are completing work on their own. In-person is more beneficial online, especially in the younger grades when you’re teaching them basic needs,” Walker said.

Webb said the students craved that in-person group work, something that was restricted the entire school year. Along with being required to wear masks into the spring, Webb separated most of the student’s tables and shields were put into place. Tape was put onto the floor to remind the students of being six and then three feet apart.

All in all, Webb said most students behaved and followed the rules, which resulted in low virus transmission in the school.

“It was tough,” Webb said of enforcement. “They just like talking to each other. They are kids.”

COVID-19 continued to throw a wrench into activities in the spring and end of school year activities. Fifth graders, moving on to Hayes or McKinley Middle School, held a virtual graduation ceremony last week. End of the school year awards were held in an online setting.

Webb said it’s bittersweet to take photos of those end-of-the-year activities and days throughout the year, that parents could traditionally attend, and send them to the guardians.

Webb and Walker have their fingers crossed that in the fall, students will be back in group work and parents will be allowed in the building.