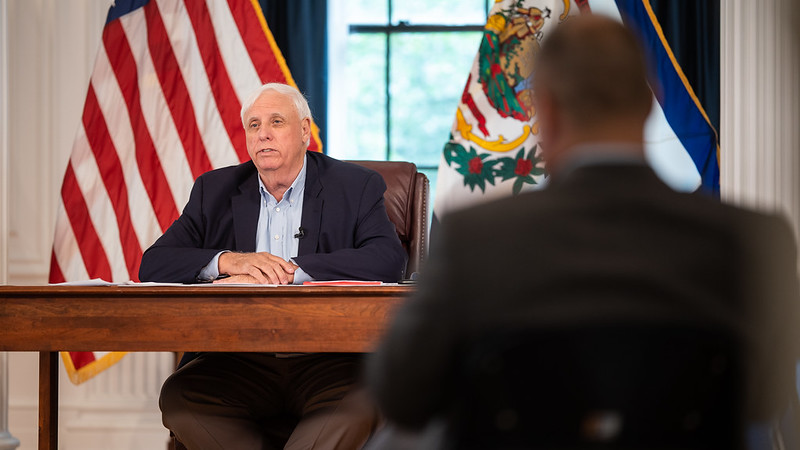 Gov. Jim Justice is calling lawmakers in for a special session Monday to allocate a portion of federal covid relief, and the governor also wants to aim millions of dollars at highways needs.

Legislators had already planned to be at the Capitol from Sunday through Tuesday for regular interim meetings. Justice plans to call the special session for noon Monday. There’s no indication it would be controversial or last long.

“I do not anticipate we’ll need to go over extra time,” Justice said today.

One item is allocating money the federal government has already targeted for the state Department of Education and the Department of Health and Human Resources.

Given that the money is already specified for those agencies, there wouldn’t appear to be much debate about it.

A couple of weeks ago, state government received $677 million from the American Rescue Plan. State leaders will have to make some more complicated, strategic decisions about how to allocate that money. Those decisions are likely to take place over the next few months, but would not be finalized right away.

“As we get more things that come along, we’ll call ’em back and we’ll go through all the other issues as well,” Justice said.

As another financial matter to be considered in special session, the governor is proposing to allocate $150 million from the budget surplus the state is currently running and aim that toward highways needs.

West Virginia announced its tax collections came in $152 million ahead of estimates just last month. That was built on the strength of income tax collections that came in a month later than usual because the pandemic led to the deadline being bumped back.

More broadly, the governor anticipates the state budget being $400 million ahead of yearly estimates by the conclusion of the fiscal year. “We are pushing and knocking on the doors of $400 million in surplus,” he said.

He said the highways work will be in all 55 counties. “It’s primarily potholes, maintenance slides — and just general maintenance,” the governor said. “All these projects are maintenance-driven.”

With the current funding from the American Rescue Plan, Justice has said from the start that he intends to involve lawmakers.

“It is important to get to the entities that can benefit as soon as possible and then take the time necessary to determine what the other crucial needs are in our state that need funds,” said House Majority Leader Amy Summers, R-Taylor.

“I think everyone can appreciate the effects of House Bill 2014 and adding another set of eyes to how the government spends your money.”