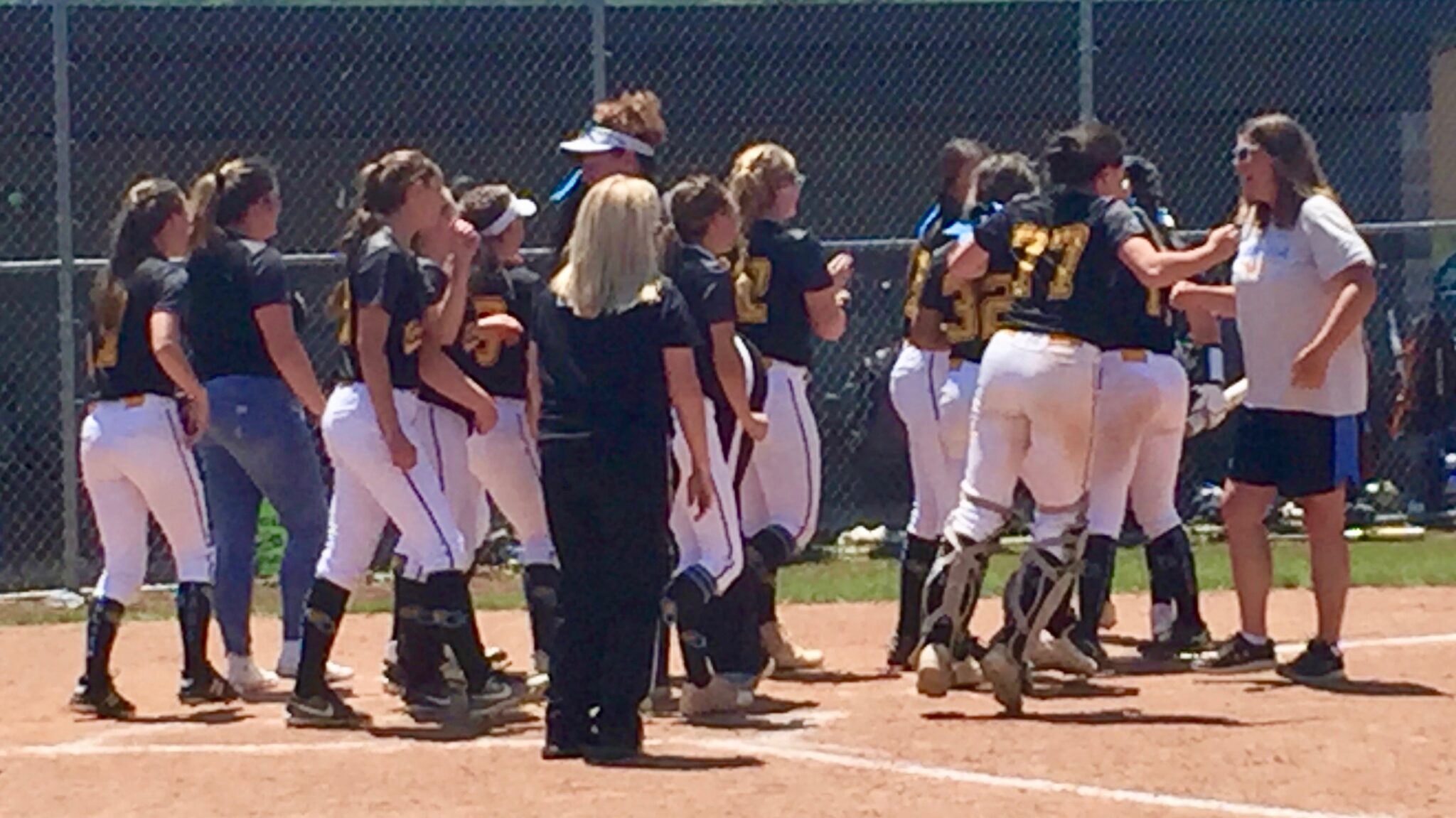 Oak Glen found itself in an unfamiliar situation, trailing by three runs headed in its final at-bat. After being kept off balance much of the day by Weir starting pitcher Madison Angus, the Golden Bears’ bats came alive with one out in the bottom of the seventh inning. The rally started with a single by Lizzie Kell followed up by Maddie McKay’s double. The string of hits continued when Sarah Brown ripped a two-run triple to close the deficit to a single run.

Garner turned to small ball to tie the game and send it into extra innings. Olivia Munoz laid down a squeeze bunt to score Brown from third and tie the game at 4-4, forcing the extra frame.

“We’ve had fights and we’ve had to come back and that’s exactly what we told them from the first inning. We have been in the situation where you have to put runs up to stay alive and extend it. We had to keep a life going and we did it,” Garner said.

Errors nearly cost Oak Glen. Weir led almost all afternoon, scoring four unearned runs. The Red Riders jumped out early, plating three runs in the top of the first inning, taking advantage of a pair of Oak Glen errors. Weir scored again in the top of the seventh on another throwing error by Oak Glen.

“We had some untimely errors but you just have to back each other up. They just did. They’re just excellent to work with and you can’t ask for anything more,” Garner said.

After the shaky start, both pitchers kept the opposing hitters off balance. Oak Glen’s Maddie McKay scattered five hits while striking out 13 on the day.

Weir’s Madison Angus was able to work out of a couple of early jams, escaping a bases loaded situation in the fifth inning and limiting damage in the sixth inning after a run scoring triple by Gracie Smith.

“It’s a credit to their pitcher. Madison Angus did a wonderful job but you just keep going. That’s the treasure of a batting lineup you keep getting another chance.”