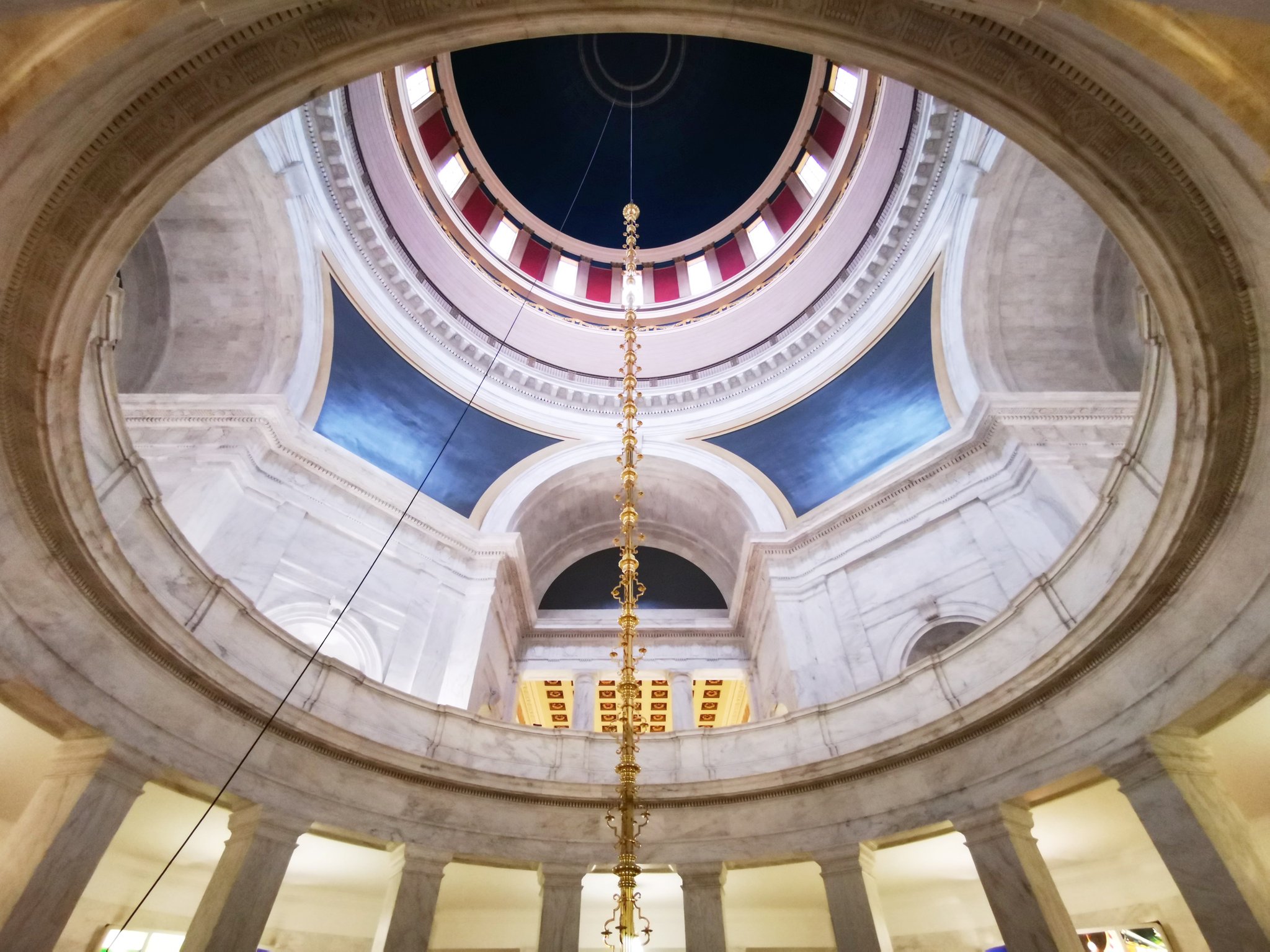 CHARLESTON, W.Va. — Work to re-assemble and raise the rotunda chandelier at the West Virginia state capitol is underway. The massive lighting figures was removed and transported to a facility in New Hampshire when the renovation work on the Capitol Dome started three years ago.

“It wasn’t the easiest thing to get down, take apart, and get to their facility,” said Administration Secretary Allen McVey.

According to McVey. the company took the massive chandelier apart piece by piece and gave it a complete overhaul. New lighting fixtures were added and rewired, every single piece of crystal in the globe was individually cleaned, and a new steel cable was installed in the stem to help with support. Once all of the work was done, the chandelier was placed into storage in the New Hampshire facility until it was transported back to Charleston last week.

“Since they completed work on it, it’s been stored in a climate controlled facility,” said McVey.

The chandelier is eight feet in diameter and has a 55 foot stem. The difficult task of reinstalling it is now underway. The work is expected to take a couple of weeks. As part of the renovation to the dome a new system was installed to help raise and lower the chandelier for cleaning and maintenance. A secondary system was also added. According to McVey the secondary system is a safe guard against the massive glass ball crashing to the lower rotunda.

“It is a completely new and redesigned winch system for raising and lowering as we need to. Rather than just having one way of getting it up and down we actually put a redundant secondary system on it in case the primary fails. With that secondary attachment, it will not fall,” McVey explained.

McVey says all of the lighting will be new so it will be brighter. That will only be enhanced by new paint within the rotunda and the polished marble to reflect the new lights and shine in the rotunda like never before.