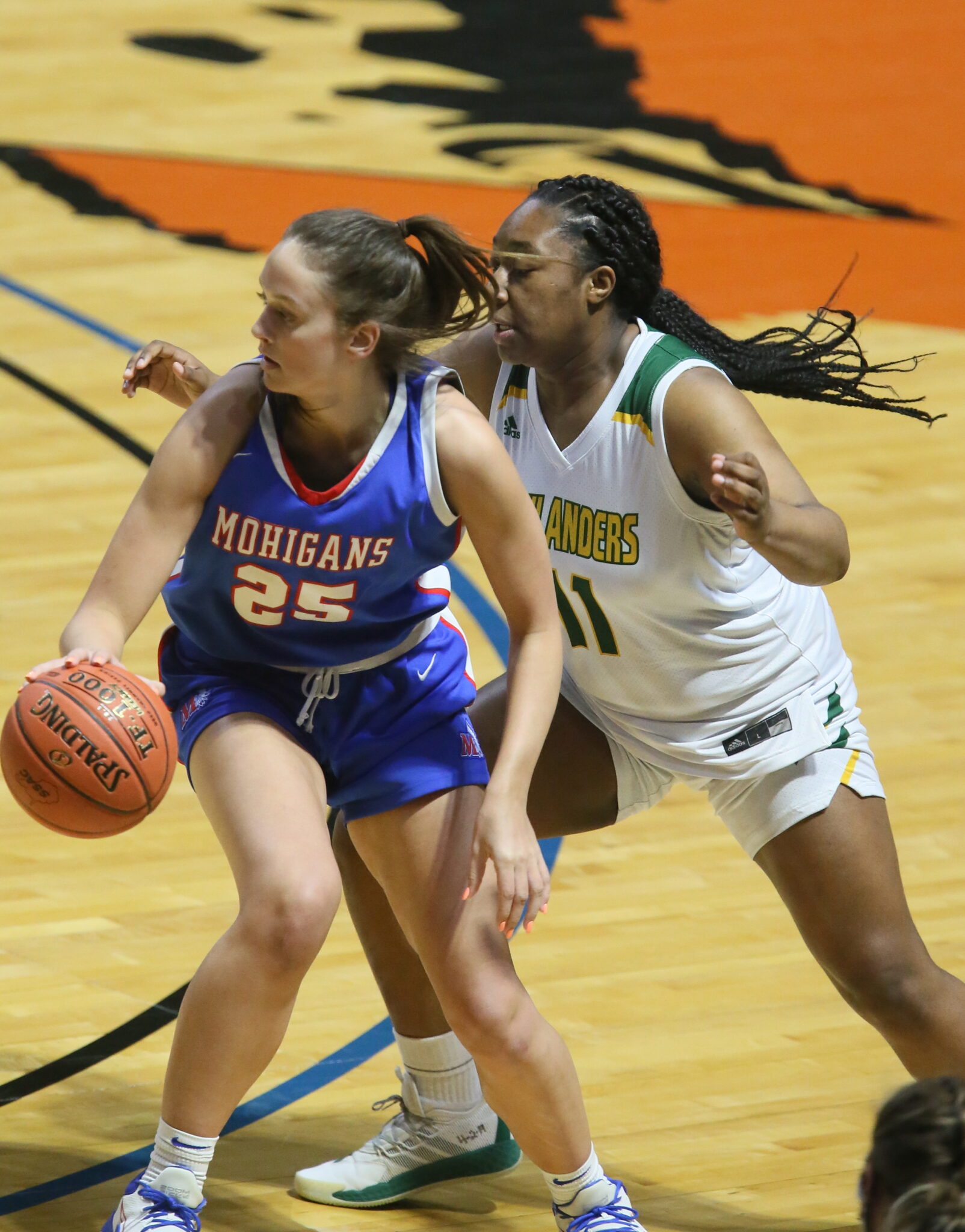 MORGANTOWN, W.Va. — It has been one year since former Morgantown basketball standout Kaitlyn Ammons announced her commitment to DePaul University.

“When I went there I was not sure what to expect,” Ammons said on her visit to DePaul. “I had already established a good foundation of connection with the coaching staff from speaking with them on the phone to coming to my AAU games. I was comfortable in knowing them. When I saw the facilities, talking with the players, and watching some of their practices, that is when I knew I truly belonged there. I felt in my heart that is where I needed to be.”

“It was nerve-racking at first,” stated Ammons on meeting her Blue Demon teammates for the first time. “I was maybe 16 at the time, and I remember being with all of these older girls so I was nervous. I was in a place that I had never been before. I remember sitting with them watching a West Virginia football game. They were asking me questions like where I lived, which made me feel more comfortable because it showed that they cared I was there. They were not just doing what the coaches had told them.”

Ammons will be providing the Blue Demons with height, fundamentals, a high-octane scoring ability, and more. She was last listed as 6-foot-2. DePaul had three players listed as 6-foot-2 last year, and those ladies were the tallest on the team.

“My versatility and urge to learn around me will ultimately decide whether I am successful there or not,” Ammons said on what she brings to the table. “I do know I have my work cut out for me. I have a lot to learn. At the same time, I am willing and ready to be thrown into a new system. I can look back to my freshman year at MHS because I had no clue what I was doing. I have been thrown into things before. I am excited about the opportunity. It is going to test me.”

Along with knowing what she brings to the table, Ammons is aware that there are still places to grow leading into her next chapter.

“Ball handling is something I need to improve on,” said Ammons. “My defense and physical abilities need to be worked on. I want to get stronger and faster. Overall, I want to become stronger and try to prepare myself for the beating I am going to take against these older women I am going to face off against.”

Ammons received national attention from a variety of Division I programs. She held offers from Boston University, Dayton, Saint Joseph’s, St. John’s, Marshall, and more before committing to the Blue Demons.

“It is a huge relief,” Ammons noted on committing before her senior season. “Recruitment is stressful. It is a lot to put on a 15 to 18-year-old. That is deciding way down the road. I think now with all the kids playing AAU, and the 15-18-year-olds trying to figure out where they want to go to college, they lost a whole year because of the virus. I can compare with them because even though I did not go through that, I understand how stressful it can be. It is a huge relief on where you want to go.”

Ammons wrapped up her Mohigan career as a four-year varsity starter, a Class AAA all-state member from her freshman to junior season, Class AAAA first team member as a senior, and she received the best female athlete award at MHS this year. She scored 1,181 career points (13 points per game) and corralled 553 rebounds.

“When I look back to my freshman year, I watched a lot of film,” said Ammons reflecting on her incredible career at Morgantown. “I remember watching myself play, and I was nervous because I had no clue what was going on. I made Coach (Jason) White pull his hair out a couple of times. That first year was stressful for me, but towards the end of the year, I became so close with those seniors. I realized how hard it was to say goodbye to those that helped bring you along the way.

“My senior year is emotional to look back on. We had to overcome so many obstacles to even be able to play. It did not end how I had hoped and dreamed, but I am happy with my career and my time spent there. I have learned so much. I cannot complain.”