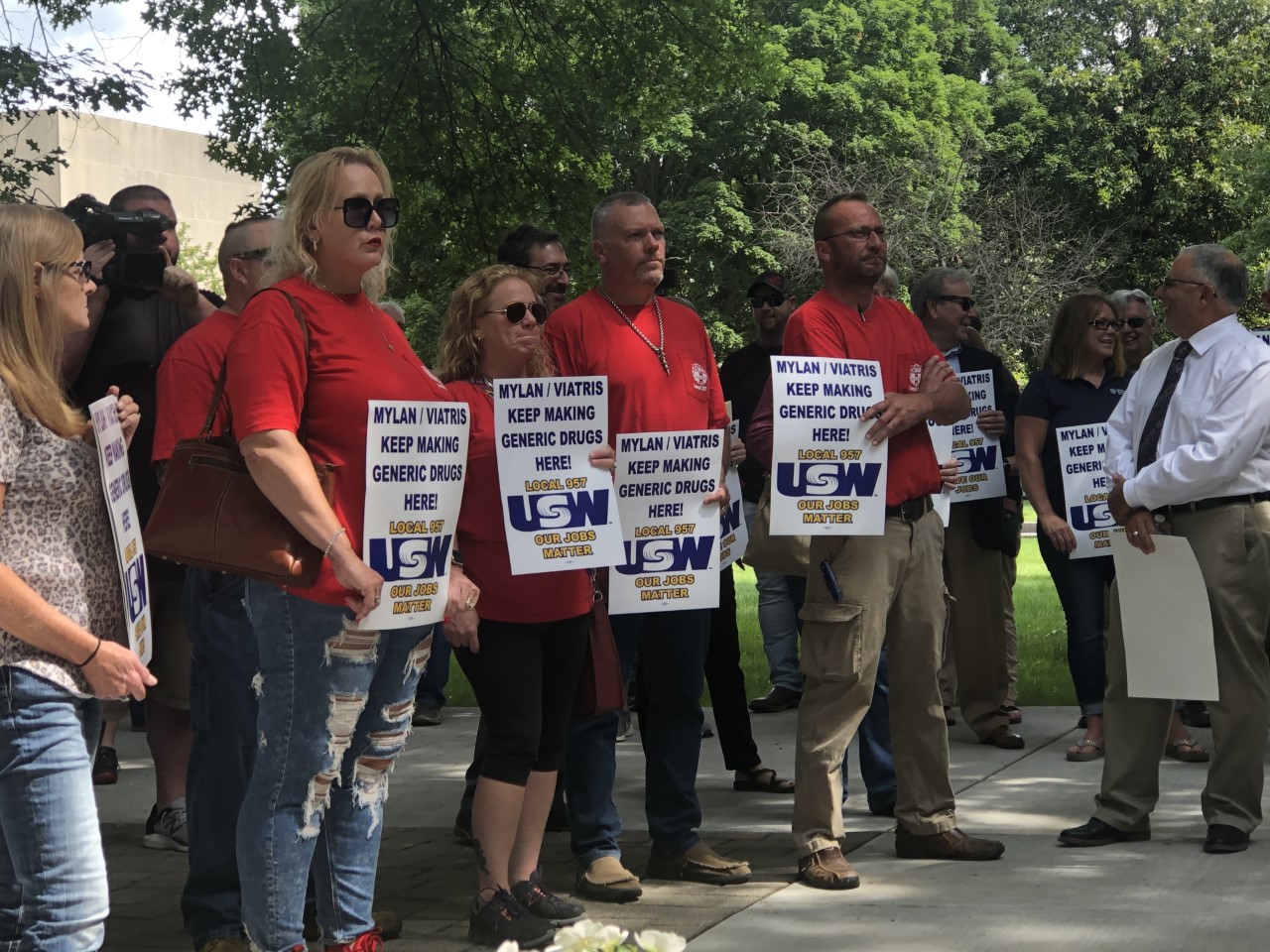 CHARLESTON, W.Va. — As several dozen workers who are set to lose their jobs at the Viatris plant in Morgantown rallied outside the state capitol Tuesday, Gov. Jim Justice told reporters the state is doing all it can to bring in a new business to replace it.

The rally comes about six weeks before the previously announced July 31 closing of what’s been known for years as the Mylan plant.

Viatris, the name of the newly formed company that took over Mylan, first announced the closing last December. Union leaders and state lawmakers have been trying to convince state leaders and the Biden administration to take steps to repurpose the operation. Right now, nearly 1,500 workers at the generic making facility will lose their jobs.

Justice said Tuesday a lot of work has been going on behind the scenes to recruit a new business for the sprawling complex.

Fairmont resident Becky Friend, a truck driver for the Viatris plant and member of the United Steelworkers Union, spoke to the crowd at the rally. She later told MetroNews losing her job impacts many.

“It’s really upsetting that they can take these jobs away from us. It not only affects the employees, it affects my dad, my kids, my husband,” Friend said.

“The governor needs to wake up and do what he’s supposed to do and help these people out,” Wilson said. “We want to get the governor up and start working.”

J.D. Wilson, Staff Rep for United Steel Workers Local 8-957, speaks with @HoppyKercheval about the rally this morning in Charleston on behalf of the jobs at the Mylan pharmaceutical plant in Morgantown. WATCH: https://t.co/yCFQ3nDJuy pic.twitter.com/5tCb1byZRw

Justice, who came outside the capitol and spoke with workers after his coronavirus media briefing, said he contacted Viatris officials right after the plant closure was announced but made little traction.

Wilson wants Justice to give consideration to a proposal from Senator Bob Beach, D-Monongalia, that $25 million of federal pandemic relief money be used to incentivize another business to move in to the facility.

Justice said he believes the state will find another business but it’s going to take time.

“I do believe that we will end up with another suitor of some type that will move into those facilities because they are unbelievable facilities but today we do not have that,” Justice said.

Meanwhile, many of the workers have spent their entire work careers at Mylan and now Viatris and Friend said they face much uncertainty.

Friend, who has worked 13 years at the plant, said she’s trying to stay positive despite the uncertainty.

“Do I have hope? Yes, I would like to see retirement. I’m 53-years-old and I have to start over.” she said.

Mylan completed the merger last November with Pfizer Inc.’s Upjohn unit to form Viatris. At the time, the new company said it was targeting about $1 billion in cost cut. The combined company had about 45,000 employees a the time of the merger.