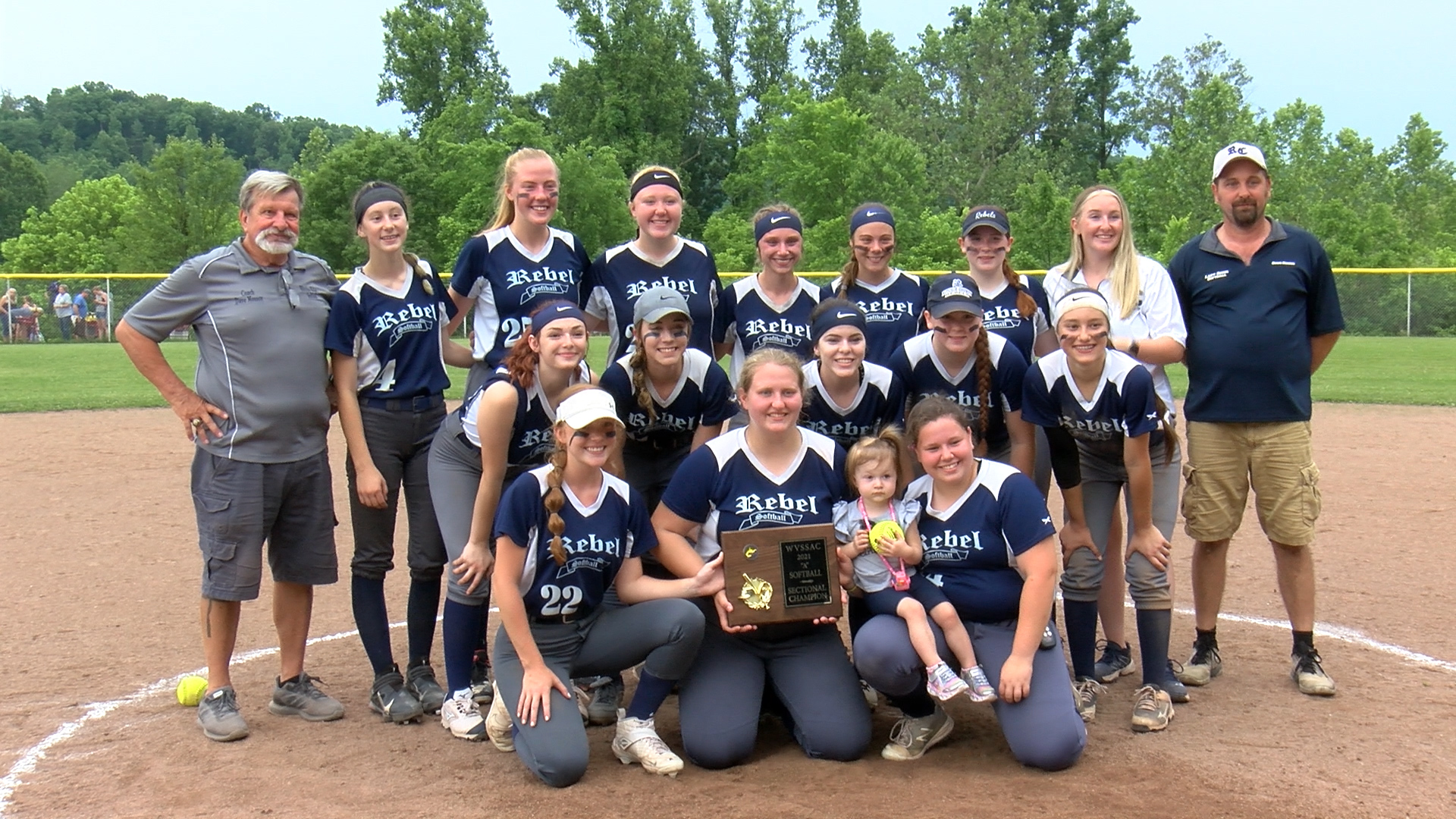 ELLENBORO, W.Va. — Alyvia Pittman’s double off the fence in the bottom of the seventh sent Chaslyn Jones home as Ritchie County walked it off against St. Marys, 5-4 to win the Class A Region I, Section 1 title.

The Rebels (19-5) rallied from a pair of late deficits to collect their second one-run over the Blue Devils (17-11) in the sectional tournament.

“They came to play. That is the fourth time we played them and it is tough to beat them four times, but we did,” said Ritchie County head coach Dave Mossor.

Senior pitcher Chloe Elliott worked out of a jam in the top of the seventh to set the stage for the late heroics. With a runner on third and one out, Elliott got back-to-back strikeouts to end the frame. She struck out eleven batters in the game.

“She didn’t have her good stuff,” Mossor said. “But Chloe is one of the top one or two pitchers in the state.”

Pittman stepped up to the plate in the bottom of the seventh after Jones reached on a single. Pittman’s extra base hit allowed Jones to fly around the bases to score the winning run.

“You noticed I didn’t send her. She is one of the fastest girls on the team. I did not send her because I knew she could go to third easily. When (Pittman) hit the ball to the fence, I was sending her the whole way.”

Ritchie will face Madonna (13-8) in the regional best-of-three series starting on Tuesday.

“This is my 29th sectional,” Mossor said. “You would think this is the hardest one I have had. It may be the last one. I have been doing it for 37 years.”

Zoey Winland hit a solo home run in the fifth as part of a two-hit game. Layne Kincaid and Mahayla Nichols also had multi-hit contests for the visitors. Elliott and Marissa Jeffrey each had two hits for the Rebels.